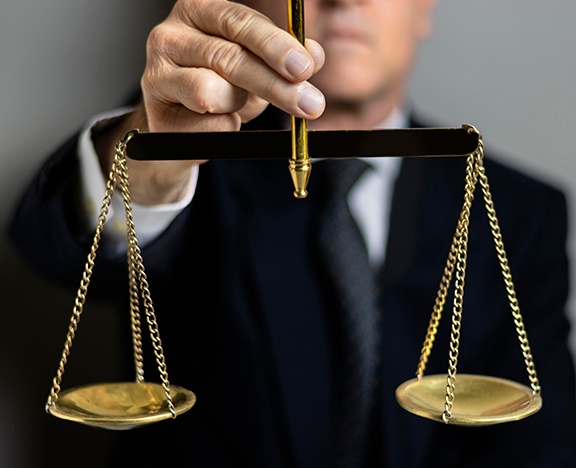 While a man-made lake may sound like a good idea from a theoretical standpoint, one homeowners association in Arizona quickly learned the truth. Now, the HOA faces bankruptcy if it can’t come up with $2.5 million.

## PROMISING BEGINNINGS
The Continental Country Club constructed Lake Elaine back in the 1970s. At the time, it was an asset to the HOA. It bolstered the property values of homes located on the waterfront and was a gorgeous sight to see.

But, in the 1990s, disaster struck. Lake Elaine’s water level started to plummet, and the club was forced to drain it entirely to make repairs to the plastic lining. It was at this time that the Continental Country Club HOA and 52 residents, who owned homes on the perimeter of the lake, had made an agreement. According to the agreement, the club would have to take responsibility for maintaining the water level at 6,845 feet above level now and in the future.

In the following years, the club encountered problem after problem. The lake was incompatible with the Flagstaff environment, as the water kept seeping into the limestone landscape. The lake started to leak more, and sinkholes appeared not long after. As the lake lost 200,000 gallons a day, the club was having trouble maintaining the appropriate water level.

Continental did what it could. It even received up to 1.6 million gallons of reclaimed water per day from the [City of Flagstaff](https://www.flagstaff.az.gov/), but it wasn’t enough. By 2016, the club stopped adding water to the lake, and the concrete collar that ran through its perimeter started showing.

## AND THEN CAME THE LAWSUIT
At the start of 2017, the homeowners around the lake’s perimeter [filed a class-action lawsuit](https://www.hoamanagement.com/can-you-sue-hoa-board-members/) against the club for breaking their agreement. In 2020, judge Dan Slayton ruled in favor of the homeowners. The HOA was ordered to pay $700 in fines for every day that it failed to pump water into Lake Elaine. The fine would go down to $500 per day once they start pumping water and would continue until they reach the agreed-upon water level.

But, the lake still continued to leak. In 2019, the club drained the lake once more to determine how big a problem they were facing. The investigation found that the liner had suffered damages as a result of the sinkholes. It needed major repairs, which were estimated to cost $3 to $5 million at the time. On top of that, they also had a $600,000 balloon payment due in October 2020.

The board made the decision to file for Chapter 11 bankruptcy.

## HOA FACES BANKRUPTCY: TWO OPTIONS
The Chapter 11 bankruptcy filing gave the association some time to reorganize. It eventually came up with two options to get them out of this conundrum.

The first option is to deed Lake Elaine to the 52 homeowners who owned lakefront properties. This option included the club paying them $2.5 million to repair and maintain the lake forever. If chosen, this option would allow Continental to do away with all of its ongoing liability. But, it’s an option that homeowners are unlikely to choose.

The second option is to spend $2.5 million and turn Lake Elaine into a brand-new amenity. The plan includes a few ponds, some benches, and walking trails that would be available to all homeowners.

## HOA TURNS TO HOMEOWNERS FOR FUNDING
Both options require money to execute. And where will the club get this money? The homeowners.

Now, the association is asking homeowners to vote to approve two items — a one-time fee and an increase in annual dues. The first item would authorize the club to collect a one-time payment of $2,000 from all owners. The second item would authorize the club to [raise annual dues](https://www.hoamanagement.com/how-to-lower-hoa-fees/) by $97 per year.

Should the association fail to secure the necessary votes for these two items, the club and its current amenities would be in jeopardy. The club would essentially have no choice but to file for Chapter 7 bankruptcy. This outcome also can’t be good for the more than 2,300 homeowners in the community, as property values would take a plunge.

While there are already some homeowners who have voted “yes” on both items, there is doubt that the resolutions won’t pass. One homeowner, Sam Sherwood, believes it’s because of the existing bad blood between the HOA and its residents following the former’s decision to prohibit rentals. Sherwood, who owns a lakefront home, already cast his vote and would love to see the lake transformed.

Tahlia Murray, the club’s general manager, remains optimistic.
The club distributed the ballots to homeowners on June 28. They have one month to make a decision, with the final tally taking place on July 28.