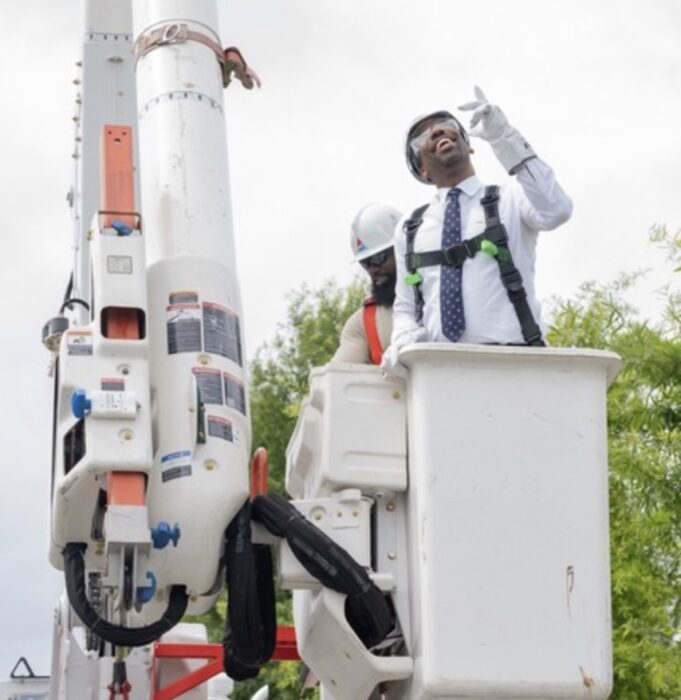 Atlanta’s Light Up The Night initiative is underway to install 10,000 lights throughout the city. Mayor Andre Dickens and other officials gave an update on where the project stands and how it’s making neighborhoods safer.
Tomeka McClendon lives near Terry Street Southeast where Dickens held a press conference on the streetlight project. “It’s a very good initiative that they’re starting to keep us all safe, you know, and lights do help prevent more break-ins in people’s cars,” she said.

The city has installed or repaired 3,000 of the 10,000 lights so far through a partnership with ATLDOT and Georgia Power, upgrading the lighting in more than 100 neighborhoods. As of May 26, the Moreland, Edgewood and Peachtree Road areas were among the next neighborhoods or corridors on the list.

A Georgia Tech study found more crime and crashes have happened in Atlanta where there were fewer or broken lights. “The reverse of that will be true. When we add more light, then we’re gonna eliminate as much crime and crashes as possible,” Dickens said.

Officials say these streetlights will not only help reduce crime, but the energy efficient bulbs will have a positive effect on the environment by reducing carbon dioxide levels. “Light just continues to be necessary for us to have safety and a good quality of life in the City of Atlanta,” said Dickens.
“Is this the be all, end all? No, but it’s a huge step forward, and so for the City of Atlanta, I’m so excited about this huge posture of action,” said ATLDOT Commissioner Josh Rowan.