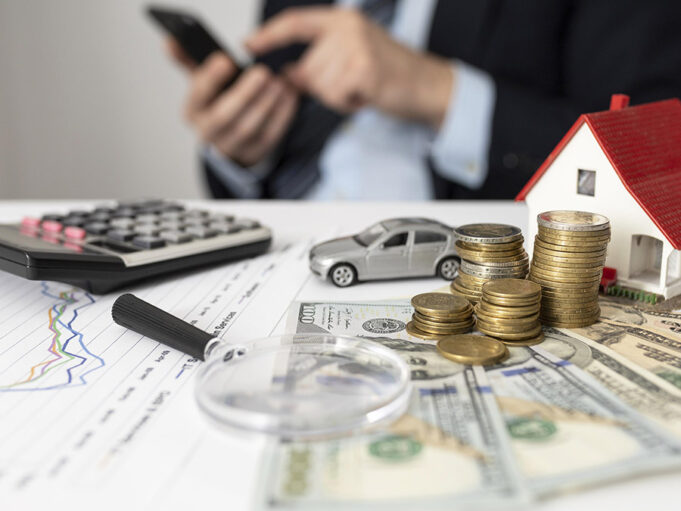 **HOAs are generally regarded as nonprofit corporations, but can an HOA profit from foreclosures and fines? What are the legal implications of keeping surplus funds?**

## HOA PROFIT: IS IT LEGAL?
In the eyes of the law, homeowners associations are considered nonprofit corporations. These associations’ primary function is to preserve the curb appeal and property values in the communities they handle. In the pursuit of this, HOAs will naturally require revenue to fund the various expenses associated with maintaining the community.

However, there are some HOAs that treat their associations as some sort of business. It is not an HOA’s purpose to earn a profit, so a board’s decisions should not be geared towards that. And while there are a few associations that aim to inflate their HOA’s bank accounts, there are others that only hoard money in fear of and preparation for a possible budget deficit.

This is a slippery slope, though. Sometimes, in an association’s effort to secure adequate funding, there is an opportunity to abuse it. Ill-intentioned board members might push for an HOA to turn a profit, often at the expense of the homeowners living in the community. An association may start imposing exorbitant fines and fees, all while claiming it to be for the good of the association and its members.

When an association encounters surplus funds, the natural reaction is to keep them for future use. However, not all states allow this. For instance, Colorado law requires associations to either return the surplus to members or use it to offset future fees, unless otherwise indicated in their declaration.

## CAN AN HOA PROFIT FROM FINES AND FORECLOSURES?
It is not uncommon for homeowners associations to impose fines on violations and pursue foreclosure sales for delinquent accounts. In fact, these are two common methods of enforcement that many HOAs use.
Unfortunately, some associations will abuse the authority granted to them by state laws and their governing documents. Given the earning potential of fines and foreclosures, HOAs may feel tempted to exploit the system.

Foreclosures have become a profit-earning machine for the Colorado HOA. In fact, between 2021 and 2022, the HOA filed foreclosures on almost 60 homes — and 2022 is only halfway through. It seems the modus operandi of the HOA is to fine homeowners for violations, such as broken blinds on a window and overgrown weeds, and initiate foreclosure when owners fail to settle the fines. What starts out as a $200 fine eventually escalates into a foreclosure sale.

### **STATE LAWS LIMITING HOA ACTION**
A new law passed in Colorado will prevent the above scenario from happening to other homeowners. [House Bill 22-1137](https://leg.colorado.gov/bills/hb22-1137) prohibits homeowners associations from pursuing foreclosure solely based on fines owed.

Additionally, there are some states and governing documents that prohibit HOAs from charging unreasonable fines. Fines that are too expensive are more likely to remain outstanding because owners either can’t or won’t pay them. Homeowners associations must also make sure that the state and their declaration allow them to impose fines in the first place.

## WHAT TO DO WITH SURPLUS FUNDS
If homeowners associations are not made to earn a profit, what should they do when they encounter surplus funds? Ideally, as nonprofit corporations, an HOA’s budget would zero out at the end of the year. However, this does not always happen. In fact, more often than not, HOAs face either a budget deficit or a budget surplus.

For any excess funds at the end of the fiscal year, HOAs generally have three options:

Keep in mind that some governing documents indicate exactly what an HOA must do with surplus funds. As such, it is best for HOA boards to refer to their bylaws or CC&Rs before taking any action.

## TAX IMPLICATIONS OF HOA EXCESS FUNDS
Homeowners associations [are required to pay](https://www.hoamanagement.com/hoa-pay-taxes/) federal taxes and file tax returns, just like any other corporation. When an HOA has excess funds, it may need to pay a higher tax rate on taxable interest income.

However, [Revenue Ruling 70-604](https://www.revenueruling70-604.com/) allows HOAs to avoid taxation on excess membership income if it carries it over to the following year or refunds it to members. Associations must elect to do so at their annual meeting to qualify for this. If the ruling does not apply, HOAs can simply ignore the election for that year.

Homeowners associations should not make it their goal to turn a profit, especially at the expense of their members. Fines and foreclosures are good enforcement strategies, but boards should never abuse them to earn extra money.