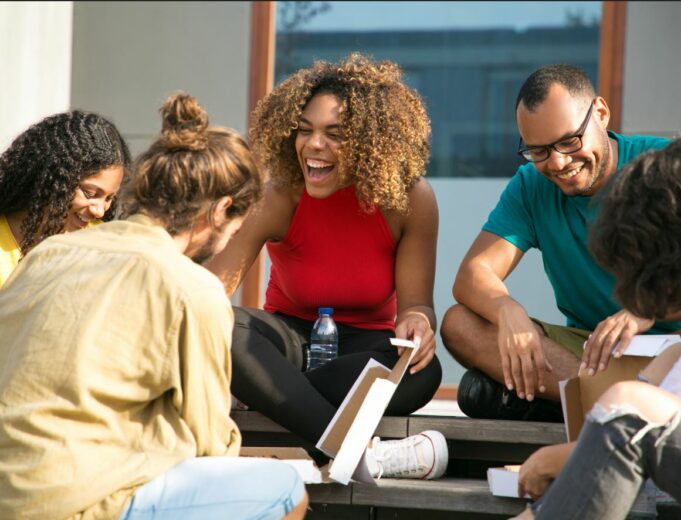 The typical progression of younger adults leaving home to form their own households came to a sudden halt after the onset of the pandemic, with a majority of those in their 20s opting to live with their parents for the first time since the Great Depression.

That trend has proven to be short-lived.

Last year, household formation resumed, with the oldest members of Generation Z securing jobs in a tight labor market and moving out of their parents’ houses, adding fuel to the already hot multifamily fire.

Gen Z, the newest generation to rise to adulthood, refers to the some 72 million individuals born between 1997 and 2012.

“Gen Z is the largest spending group on the rise, and they want to rent,” Rareview Chief Marketing Officer Rob Pearson said. The labor shortage caused by the pandemic will in part put Gen Zers on the housing scene, as younger workers benefit from new and improved paychecks.

The cohort’s disposable income in 2021 hit an estimated $360B, a 152% jump from three years ago, according to a report by research firm Gen Z Planet. Most of that — about 73% — came from employment, while the rest was made up of cash from parents and various side gigs. Roughly 7.3 million Gen Zers are now employed full time, while 6.3 million have part-time jobs, the organization estimates.

Among American households headed by people under 25, 86% rent their home, compared to an overall average of 36%, according to CBRE Americas Head of Multifamily Research Matt Vance.

By year-end, Gen Z will represent roughly 25% of all renter households in the United States, Vance noted, which is up from just 15% in 2019.

“In the aftermath of the pandemic and over the coming years, we expect that demand in this group will only grow — which will have an impact on the multifamily industry overall, including amenities and business strategies,” Walter said.

For now, the generation’s top spending priorities are food and clothing, followed by entertainment and housing costs — rent, in other words — according to Gen Z Planet. Those consumption patterns reflect a return to college or to the office, which often doubles as their apartment, after a period of pandemic disruption during which many Gen Zers lived with their parents.

Total U.S. household formation, which dropped at the onset of the pandemic, recovered in 2021, with the U.S. ending the year at about 127 million households, up about 1 million households for the year, according to Census Bureau data.

The increase so far has been driven by people aged between 30 and 44, bureau data indicates. The number of households headed by people under 25, who are almost all renters, dipped at the beginning of the pandemic and has since leveled off.

An increase is on the horizon, as employers kicked off 2022 facing a shortage of qualified candidates, and the ensuing competition for talent will continue to lift wages after an already rapid climb in average earnings in 2021, Marcus & Millichap reports in its U.S. Multifamily Investment Forecast.

“Higher pay should prompt more people to join the workforce, while also raising employee costs,” the report notes. “These two forces will drive the labor market to a new equilibrium this year.”

With new jobs and incomes aided by an economy that’s short of workers, Gen Z will be primed to form households of their own.

The multifamily market is already hitting record highs. National vacancy rates in the fourth quarter of 2021 were 5.6% for rental housing, down from 6.5% the year prior, the Census Bureau reports.

Median monthly asking rents for U.S. apartments spiked from about $1K before the pandemic to about $1,200 as of the beginning of 2022, the bureau reports, while the Apartment List annual National Rent Report showed a 17.8% jump in rents between January 2021 and November 2021, compared with an average 2.6% increase over the same pre-pandemic periods from 2017 to 2019.

Gen Z renters are already playing a part in that increase, and the growing pool only stands to add fuel to that fire.

That growing pool “presents a huge opportunity, but also a huge challenge for apartment owners,” according to Pearson. “They want tech, clean and minimal. That’s what will attract this user base.”

More than anything else, the multifamily industry will need to be even more tech savvy in the coming years to keep up with their pool of younger renters, and will also need to pay attention to Gen Z’s regard for mobility and sustainability.

“If you’re thinking about your pool of renters from a one- to two-year perspective, what this particular generation wants doesn’t matter that much, since short-term rentals are on fire,” Agya Ventures Managing Partner Kunal Lunawat said.

“But if you’re adopting a longer-term approach for keeping occupancies healthy, say five to 10 years or beyond, you need to start thinking about how you want to position a brand for members of the rising generation,” Lunawat said.

A RentCafé study found that high-speed internet is more important to Gen Z than any other multifamily amenity, including the kind of traditional ones liked by previous generations, such as on-site pools or gyms, and even parking spaces, since fewer members of the generation drive.

A separate survey by apartment rental agency June Homes found that nearly one-third of Gen Z renters are willing to see apartments virtually before deciding whether to move, more than any other age group, without ever seeing them in person.

“VR will play a huge role in acquiring this customer, along with stronger and more detailed use of Matterports [360-degree cameras], and AR to showcase elements of living in the space,” said Pearson, whose company specializes in marketing, including for multifamily properties.

Long-term leases are now less in favor, as the youngest members of the workforce are used to the idea of mobility and as yet have no family obligations to tie them to a single place. More than half of single Gen Zers would be open to living in a new city every few months, the June Homes survey found.

“Fewer people will want to sign an arbitrary 12 months lease … because the landlord is optimizing his vacancy, which has little to do with what renters will want,” June Homes CEO Daniel Mishin said.

Gen Z renters will likely factor in sustainability when looking for an apartment, Lunawat said. As a generation, members of Gen Z say they are strongly concerned about climate change and other environmental threats.