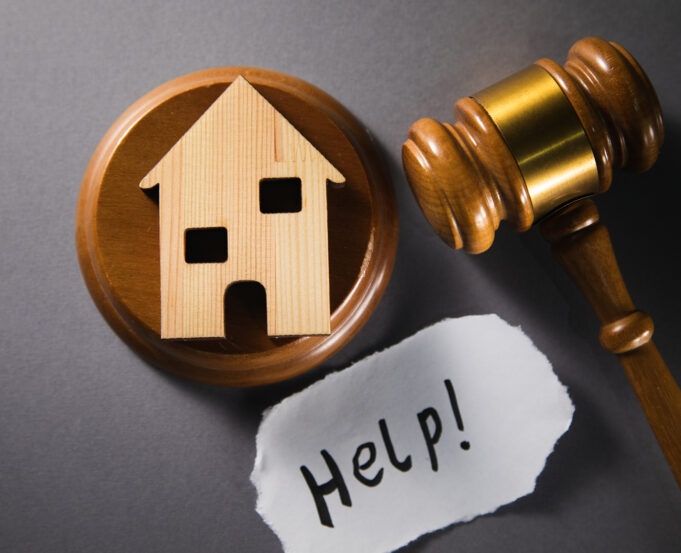 Every now and then, an HOA board conflict will arise. When that happens, what should the HOA management company do? Should the company even intervene in the first place?

Reasons an HOA Board Conflict May Arise

HOA board members are not immune to conflict. Just as neighbors can have disputes, board members can also fight among themselves. Conflicts are not uncommon in an HOA setting — or any other setting where there are leaders. When it comes to homeowners associations, though, conflicts can arise because of several reasons.

First, and perhaps the most common reason, board members can disagree on business matters. Board members can have differing opinions on how to handle certain issues. A board member may not like the way others vote on an issue, resulting in harsh words or feelings.

This type of situation can devolve and plant negativity in that board member’s mind. What they view as an unfavorable outcome of a vote may cause them to harbor a personal vendetta against other members. So, the next time another vote takes place, they might intentionally vote the other way out of spite. This is particularly dangerous because board members have a fiduciary duty to make decisions that are in the best interest of the community. When they stray from this, they breach that fiduciary duty.

Sometimes, this personal vendetta might be aimed at a homeowner instead of a board member. This often results in the board member actively seeking ways to punish or penalize that homeowner. Other board members may take notice, leading to a confrontation.

And then there are new board members who are just eager to make changes in the community. While their intentions may be pure, their actions may come across differently. When a new board member suggests reforms, older board members tend to act defensively because they view it as a critique of the way they’ve been doing things.

The Importance of HOA Board Conflict Resolution

Disagreements are a natural part of leading a community. But, when HOA board members fight, it is imperative to resolve the conflict as soon as possible. Prolonged conflicts send a bad message to homeowners. These conflicts depict a divided board — one that can’t agree on anything. As a result, homeowners lose their trust in the very leaders they elected.

In addition to this loss of trust, conflicts also prevent a board from doing its job properly. Because of differing viewpoints or just plain personal rivalry, board members can’t make unanimous decisions or act as a single unit. More often than not, it is the homeowners and the general community that suffers. When homeowners have had enough, they will take action and start removing board members.

How to Resolve an HOA Board Conflict

When faced with a conflict, it is best that HOA boards handle things internally and privately first. Keep things professional and respectful. Dressing down the problem board member in public may only trigger them to lash out further.

Fellow board members should keep the following pointers in mind:

Remain objective. There is no use in getting angry, too. Maintain a calm demeanor and examine the situation objectively. Board members who emotionally detach themselves from the conflict are better suited to resolve it.

Find the root cause. The next step is to get down to the root cause of the conflict. Board members should listen to all sides of the story to arrive at a compromise or resolution. While it is important not to get emotionally involved, expressing sympathy will help calm the situation.

Stand firm. Sometimes, even when board members try their hardest, an angry board member simply won’t cooperate. They might try to shift the blame or justify their own actions. When this happens, board members should remain steadfast in their decision.

Most of the time, board members can resolve the conflict by talking things out. But, there are cases when the problem board member/s just won’t listen. When that happens, other board members have the option of asking that person to step down from their position . Keep in mind that board members don’t have the power to demand or force the resignation.

While removing a board member is possible, it usually requires a vote from the membership. For instance, for Tennessee condominiums, Section 66-27-403(f) of the Condominium Act of 2008 requires a two-thirds vote from unit owners present at a meeting where there is a quorum. Similar or differing provisions may exist within the governing documents  of an association, though.

What Can an HOA Management Company Do?

Homeowners associations are managed by a set of directors and officers known as the HOA board. This board is responsible for the community’s operations, which involve preparing the budget, collecting dues , maintaining common areas, hiring and coordinating with vendors, and communicating with homeowners. Sometimes, an HOA board will hire an HOA management company to help carry out the day-to-day and administrative tasks necessary to keep the community functioning.

But, does an HOA management company have the right to intervene when conflict arises among board members? Typically, it does not have to come to that. Board members usually take action first before the company has to step in. The board members themselves are, after all, normally good at policing that type of thing.

It is important to remember that the role of the HOA management company is to provide advice, implement the board’s decisions, and oversee day-to-day operations. Thus, the company should not get too involved in the conflict. What the company can do, though, is gently advise the other board members to take action. Let them know that failing to resolve the conflict will only interfere with the operations of the community.

Furthermore, an HOA management company can assist with mediation. The community manager should not take it upon themself to mediate the dispute. Rather, it is best to hire a third-party neutral , with the manager or company simply offering assistance.

Every association should try to avoid an HOA board conflict. But, in the event that a conflict does arise, board members should know how to deal with it. This way, the community can function seamlessly with a unified board at the helm.

Clark Simson Miller provides expert HOA management services to homeowners associations and condominium communities. Call us today at 865.315.7505 or contact us online to get a free proposal.