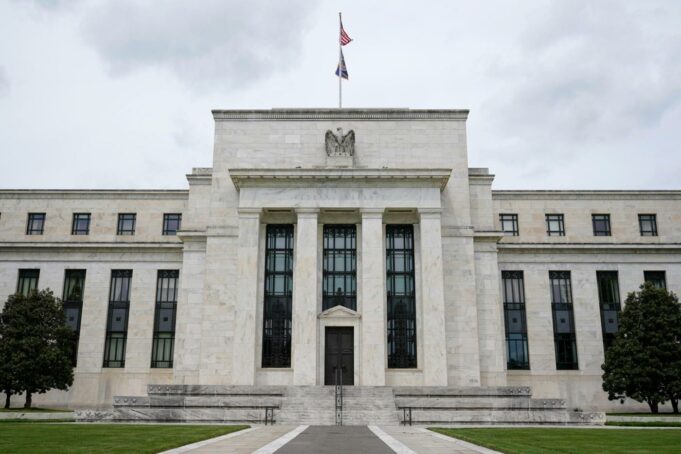 Written by By Christopher Rugaber | The Associated Press

Record-low mortgages below 3% are long gone. Credit card rates will likely rise. So will the cost of an auto loan. Savers may finally receive a yield high enough to top inflation.

The substantial half-point hike in its benchmark short-term rate that the Federal Reserve announced Wednesday won’t, by itself, have much immediate effect on most Americans’ finances. But additional large hikes are expected to be announced at the Fed’s next two meetings, in June and July, and economists and investors foresee the fastest pace of rate increases since 1989.

The result could be much higher borrowing costs for households well into the future as the Fed fights the most painfully high inflation in four decades and ends a decades-long era of historically low rates.

Chair Jerome Powell hopes that by making borrowing more expensive, the Fed will succeed in cooling demand for homes, cars and other goods and services and thereby slow inflation.

Yet the risks are high. With inflation likely to stay elevated, the Fed may have to drive borrowing costs even higher than it now expects. Doing so could tip the U.S. economy into recession.

Here are some questions and answers about what the rate hikes could mean for consumers and businesses:

Rates on home loans have soared in the past few months, mostly in anticipation of the Fed’s moves, and will probably keep rising. (Stan Lim, The Press-Enterprise/SCNG)

Mortgage rates don’t necessarily move up in tandem with the Fed’s rate increases. Sometimes, they even move in the opposite direction. Long-term mortgages tend to track the yield on the 10-year Treasury note, which, in turn, is influenced by a variety of factors. These include investors’ expectations for future inflation and global demand for U.S. Treasurys.

For now, though, faster inflation and strong U.S. economic growth are sending the 10-year Treasury rate up sharply. As a consequence, mortgage rates have jumped 2 full percentage points just since the year began, to 5.1% on average for a 30-year fixed mortgage, according to Freddie Mac.

In part, the jump in mortgage rates reflects expectations that the Fed will keep raising its key rate. But its forthcoming hikes aren’t likely fully priced in yet. If the Fed jacks up its key rate to as high as 3.5% by mid-2023, as many economists expect, the 10-year Treasury yield will go much higher, too, and mortgages will become more expensive.

Economists say that higher mortgage rates will discourage some would-be purchasers. And average home prices, which have been soaring at about a 20% annual rate, could at least rise at a slower pace. (AP Photo/Nick Ut)

How will that affect the housing market?

If you’re looking to buy a home and are frustrated by the lack of available houses, which has triggered bidding wars and eye-watering prices, that’s unlikely to change anytime soon.

Economists say that higher mortgage rates will discourage some would-be purchasers. And average home prices, which have been soaring at about a 20% annual rate, could at least rise at a slower pace.

The surge in mortgage rates “will temper the pace of home price appreciation as more would-be homebuyers are priced out,” said Greg McBride, chief financial analyst for Bankrate.

Still, the number of available homes remains historically low, a trend that will likely frustrate buyers and keep prices high.

What about auto loans?

Fed rate hikes can make auto loans more expensive. But other factors also affect these rates, including competition among carmakers that can sometimes lower borrowing costs.

Rates for buyers with lower credit ratings are most likely to rise as a result of the Fed’s hikes, said Alex Yurchenko, chief data officer for Black Book, which monitors U.S. vehicle prices. Because used vehicle prices, on average, are rising, monthly payments will rise too.

For now, new-vehicle loans average about 4.5%. Used-vehicle rates are about 5%.

For users of credit cards, home equity lines of credit and other variable-interest debt, rates would rise by roughly the same amount as the Fed hike, usually within one or two billing cycles. (Photographer: Daniel Acker/Bloomberg)

What about other rates?

For users of credit cards, home equity lines of credit and other variable-interest debt, rates would rise by roughly the same amount as the Fed hike, usually within one or two billing cycles. That’s because those rates are based in part on banks’ prime rate, which moves in tandem with the Fed.

Those who don’t qualify for low-rate credit cards might be stuck paying higher interest on their balances. The rates on their cards would rise as the prime rate does.

Should the Fed decide to raise rates by 2 percentage points or more over the next two years — a distinct possibility — that would significantly enlarge interest payments.

Will I be able to earn more on my savings?

Probably, though not likely by very much. And it depends on where your savings, if you have any, are parked.

Savings, certificates of deposit and money market accounts don’t typically track the Fed’s changes. Instead, banks tend to capitalize on a higher-rate environment to try to increase their profits. They do so by imposing higher rates on borrowers, without necessarily offering any juicer rates to savers.

This is particularly true for large banks now. They’ve been flooded with savings as a result of government financial aid and reduced spending by many wealthier Americans during the pandemic. They won’t need to raise savings rates to attract more deposits or CD buyers.

But online banks and others with high-yield savings accounts could be an exception. These accounts are known for aggressively competing for depositors. The only catch is that they typically require significant deposits.

Still, savers are starting to see some better potential returns from Treasurys. On Tuesday, the yield on the 10-year note was 2.96%, after having briefly topped 3% for the first time since 2018.

Financial markets expect inflation to average 2.83% over 10 years. That level would give investors a positive, if very small, return of about 0.13%.

“All of a sudden, we end up in this position where fixed income is way more competitive than it was before,” said Jason Pride, chief investment officer for Private Wealth at Glenmede.