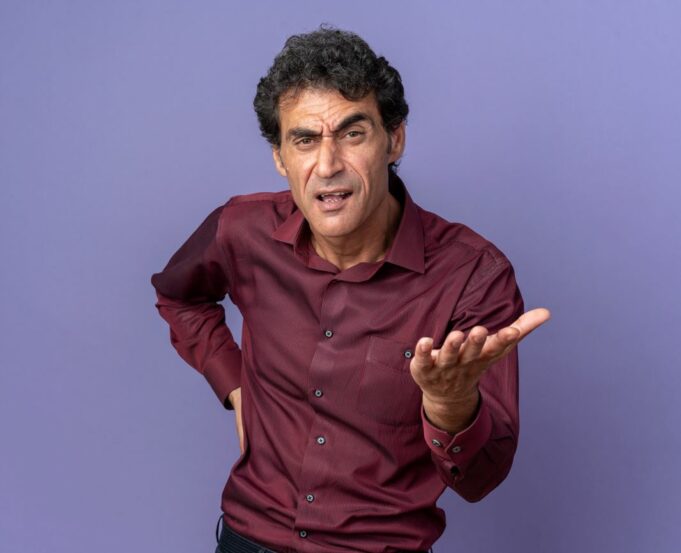 A groundswell of opposition against dense development is stalling approvals for new multifamily projects in DFW, with some companies choosing to avoid areas altogether amid growing backlash.

“It’s a big issue for us,” said Kip Sowden, chairman and CEO of RREAF Holdings, a multifamily developer with projects across Texas. “When we are choosing a site to develop, we’ve got to believe and know that we are going to get through the entitlement process and get the density that makes sense to develop.”

Demand for rentals has skyrocketed in DFW as the job market grows and home prices soar. According to CBRE, the Metroplex gained more than 200,000 new jobs year-over-year in November. Multifamily occupancy peaked in Q4 2021 to a record high of 97.1%, signaling strong demand. Yet, the number of new units added to the market fell from the previous quarter and the previous year.

There are many reasons why the market is struggling to keep up — the cost of building materials and cramps in the supply chain still pose significant obstacles — but members of the development community say anti-apartment sentiment among some residents and elected officials is partly to blame.

“It’s one of the hardest challenges we face as developers,” said Tim Harris, vice president of multifamily development for Rosewood Property Co.

DFW is not the only major metro area grappling with this issue. Projects that include thousands of multifamily units in Washington, D.C., have been riddled with appeals by small groups of local activists and federally appointed judges, in some cases delaying projects for a number of years. A new City Planning Commission member in New York City ran on the message that she would not support rezonings for two dense projects on one of Brooklyn’s busiest thoroughfares — a promise she delivered on during her first week in office, according to The Real Deal.

Harris said he is no stranger to the difficulties that sometimes accompany getting buy-in on a new multifamily development. His company is responsible for Heritage Creekside, a 156-acre mixed-use project in Plano entitled for 1,300 multifamily units. Harris said Rosewood made several concessions to appease nearby residents, including building retail before there were enough residents to justify the investment.

“It was really important to the neighborhood that we got some restaurants,” he said. “[We decided we would] do it first, even though that might not have been the business-savvy decision.”

Harris’ team worked hand in hand with neighbors and city officials to make Heritage Creekside a success. Garnering community support early in the process is key to getting a development over the finish line of the entitlement process, said Christina Day, director of planning for the city of Plano.

“You can’t put the genie back in the bottle,” she said. “You only get one chance to make a good first impression on your project, so it’s critically important that people hear about your project from you. If they hear about it from somebody else, you’ve lost control of the narrative.”

Opposition to a mixed-use project on the largest undeveloped tract of land in Plano late last year illustrates some of what developers are up against. The project, approved in December, includes up to 700 multifamily units, 427 retirement housing units and 90 townhome units, and was met with 534 pieces of correspondence, including 391 in opposition, 142 in support and one neutral.

“I want to ask they consider a different legacy … the legacy of providing homes with backyards and tree-covered lanes … to bring back the suburban nature of this area, to bring back the family nature of it where you have the pride of ownership, where you have neighbors and kids playing in the backyard and the parents know they are safe,” resident Lydia Ortega said at the time. “I don’t think we need to add more [apartments] at this time. We are almost 50% apartments now. We need to restore our single-family homes.”

That sentiment was prevalent, though not universal, with residents like Dana Walters expressing they were offended by the idea that multifamily renters are a detriment to the community.

“I suggest with all of the in-migration and companies moving here and all the people coming here and the shortage of houses that maybe we should be providing more options, not less,” Walters said. “Not everyone wants to or is ready to buy a home now but maybe they should be able to afford and deserve a nice place to live.”

A major overhaul of Plano’s comprehensive plan was approved in November. The document is essentially a road map dictating the future of development in Plano, including what types of housing it would like to see built and where. Day said staff has made a commitment to adhere closely to the future land use map, which prevents new multifamily from being built in close proximity to neighborhoods.

“People want to understand what they’re getting and have some sense of knowing their destiny,” she said. “It shouldn’t be so open-ended that people don’t know what’s coming in the future because that’s scary, frankly.”

Less than 5% of land remains undeveloped in Plano, and Day herself admits that the extraordinary price of land makes density a much more cost-effective option for developers. Given these realities, Plano’s comprehensive plan forecasts the share of single-family homes in the city will decrease over the next 30 years — from 64% today to 58% on the low end or 60% on the high end.

Day said it is too early to tell whether the plan makes it more difficult for developers to obtain a zoning change in the city. So far, Plano, like the rest of DFW, remains a popular destination for multifamily investment.

“There is still a lot of money to be made,” she said.

One thing that could stall momentum is the rising costs of building materials, which RREAF’s Sowden said have increased by 150%-200% in some cases. The heads in beds required to cover those costs have grown in tandem.

“Consequently, density does matter,” he said. “It’s important to pick the spots where you know the city officials are desirous of the product you are building.”

In a bid to make their projects more palatable, some developers are opting for mixed-use over traditional multifamily, said Mark Allen, senior vice president in the Multifamily Services group at Colliers. Some areas are more amenable to projects that generate sales tax revenue, he said.

“Cities as a whole have to be more malleable in terms of rethinking their zoning,” he said. “We are getting a person moving to DFW once every three to five minutes, so [multifamily development] is kind of inevitable. If a particular municipality won’t go for it, then the next one will.”

Angela Hunt, a land use and zoning attorney with Munsch Hardt Kopf & Harr and a former Dallas City Council member, said campaign platforms focused on opposition toward dense development have become increasingly effective, particularly in some of Dallas’ northern suburbs, where populations have risen rapidly in recent years.

See also  Will Roommates Make A Comeback In The Wake Of The Pandemic?

“It’s a balance, because on the one hand the elected officials want to effectively represent their constituencies, and their constituencies may be opposed to multifamily development,” she said. “We are seeing that more and more, and I think that is the direct result of considerable growth in North Texas.”

As a result of these obstacles, some multifamily developers stick to areas entitled for dense development so they can avoid the rezoning process altogether, Hunt said.

“[The debate over multifamily] definitely has a chilling effect on site selection,” she said.

Harris said anti-density sentiments do not deter Rosewood from bringing a project to a particular city. However, if a compromise can’t be reached, Harris said Rosewood isn’t afraid to cut its losses and move on.

“If we feel like everyone has been heard and there’s not a win-win, that’s kind of when we fold our cards,” he said.

For cities completely opposed to density, Allen said there are other ways to offer rentals to residents. Build-to-rent communities, made up of homes built specifically for long-term leases, are becoming increasingly popular in Texas. Other innovations in the rental space include concepts like The Guild, a tech-enabled platform that partners with properties to offer a mix of lease agreements, including short-term stays and long-term rentals.

“The number of corporate relocations to the DFW area is staggering, and those people are going to need some options of how they can live there, so I think we address a real need,” The Guild CEO and co-founder Brian Carrico said.

In January, The Guild announced its acquisition of CREA Management, the property management division of Cypress Real Estate Advisors. The move added thousands of units to The Guild’s portfolio; many of them are in DFW. Building owners who partner with the company are given more options for how to use their space, which Carrico said eases the underwriting process and helps to make a deal work.

“There are fewer and fewer units available for people to rent,” he said. “You’ve got that combined with a market like DFW where more and more people are moving, and that’s not changing. So we are trying to be part of the solution.”

Providing a healthy mix of housing options is crucial in tackling affordability, Harris said. The lack of multifamily supply is driving up rents, with CBRE reporting a 4% increase between the third and fourth quarters of 2021.

“We are in the middle of a housing crisis, shown by huge increases in apartment rents and home sale prices,” Harris said. “It’s very important that DFW does not lose its competitive advantage in housing affordability, and that we continue to grow and improve our housing stock.”

Anti-density sentiment has not deterred investors from sinking money into DFW. The Metroplex led the nation in multifamily investment last year, with close to $28B in total sales, according to CBRE. Allen said he doesn’t see this slowing down anytime soon.

“We have a lot of employment drivers, population migration and capital migration because people like our [lack of] state income tax and that we are business-friendly,” he said. “They’re not going to stop coming, and it’s just going to continue to compress cap rates.”

10 Ways to Increase Profitability for Your Rental Property