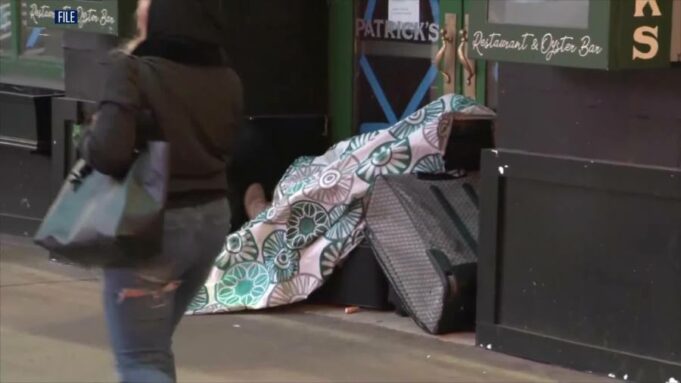 NEWARK, N.J. – Newark born and raised, Joseph Bohler is among the city’s homeless, and dreams of change.

At the city’s last count, it’s estimated there are nearly 1,700 people homeless in Newark. Officials, trying to turn the tides, announced a strategic plan to end chronic homelessness in the city.

“This is a vulnerable group, and this is urgent,” said Luis Ulerio, Newark’s Homelessness Czar. “We must come together to protect our neighbors and end chronic homelessness in our city.”

The plan is highly detailed, but it comes down to three key strategies: better addressing street homelessness, improving access and services within the shelter system, and expanding services for housing and prevention.

The city says the approach is data-driven, some of which was gathered by street outreach. Goals include creating more affordable housing, mental health services and creating a city-wide crisis hotline. Officials say there’s no cost figure for the plan just yet.

“Why would we create a society where people need to be on the sidewalk? Our job is to get people off of the sidewalk,” said Newark Mayor Ras J. Baraka.

Lt. Gov. Sheila Oliver recalled a time she visited a homeless woman with a large family in the late 80s.

“On the ledge you saw Similac and Fruit Loops,” said Oliver. “I cried like a baby, I really did.”

The plan, dubbed, The Path Home, is expected to be carried out over the course of three years.

“That makes me feel absolutely great,” said Jasmine Fields, who is currently homeless in Newark. “Maybe they don’t have to sleep outside no more. It’s too cold to sleep out here.”