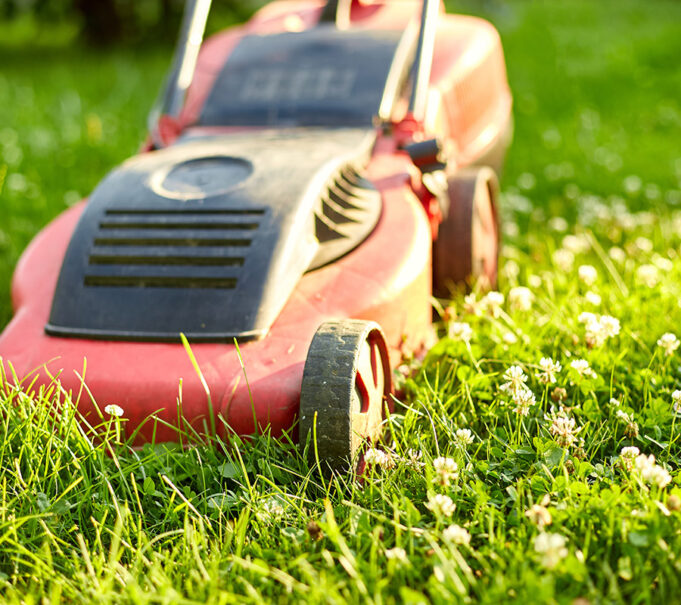 Houston developer Wan Bridge has a simple pitch for prospective residents: Move into one of its tidy, newly built suburban houses and find a backyard for the dog, a garage for the clutter, and never worry about homeownership woes like cutting lawns or changing lightbulbs.

It’s the longtime dream of many would-be Houston homeowners in what has been touted as Texas’ easy living, affordable capital. But this dream doesn’t require a hefty down payment.

Wan Bridge’s pitch is proving effective with Houston renters. The company started by developing five build-to-rent houses in 2016 and is now set to deliver about 3,000 in 2023, enjoying 95% occupancy of its existing stock. The company, which received a multibillion-dollar capital investment last year, is expanding at lightning speeds, snatching up more land throughout Texas, promising prospective residents all the space and luxuries of homeownership without a down payment or tedious maintenance dues.

“When we started this business, we captured this group of people and really provided a good service, a good product. People are lining up to want to tour our homes,” said Wan Bridge CEO Ting Qiao of the rosy future of the single-family build-to-rent industry, still in its infancy, but with miles of open road ahead. “We are lucky to capture this new trend.”

Yet where developers are seeing promise — and a lot of return on investment — in the industry, those thinking of build-to-rent-homes as an affordable alternative to buying a home may be in for sticker shock.

Houston has spent years marketing itself as a modern, diverse, yet affordable place to buy a home  — especially to large companies that are looking to move their headquarters from states like notoriously pricey California. But rents at Wan Bridge homes can climb as high as $4K a month, and few go for less than $1,500 a month.

Houston housing experts say that buying a house is still, in theory, affordable for those families making the national average of $80K a year. But for those hundreds of thousands of Houstonians who make less than that, more real estate built for middle-class or wealthy families means that lower-income families are even more shut out from one of the most traditional ways of accumulating wealth.

Julia Orduña, southeast Texas regional director at Texas Housers, an affordable housing nonprofit, believes the build-to-rent industry will make it harder for lower-income tenants to become homebuyers. It’s a problem that could follow families for years into the future. Because homes are an asset and collateral for later wealth accumulation, she said, the inability to buy one is a roadblock to building generational wealth.

It’s also a problem she faced looking for housing for herself.

“My lease was up in October, and I said, ‘Well, maybe I should look into buying a house.’ Then I looked at the market, and said, ‘Oh, my God,’” Orduña said. “We are being priced out of the housing market by these competitive developers. … They’re actually cutting off the access to affordable homes to the potential buyers. How will I, as a single person, ever be able to reach that American dream of purchasing when they are purchasing at wholesale and I am trying to purchase at fair market rent? It’s just not accessible.”

National housing experts researching the impact of single-family rentals on housing prices have found they exert upward pressure on home prices. In a February report, the National Housing Conference found that single-family rentals purchased by institutional buyers led to about 9% in real house price growth and 28% reduction in homeownership.

Build-to-rent developers argue their houses are not targeted to people priced out of homeownership.

Houston developers creating build-to-rent developments say they are largely targeting two demographics: young, millennial families who want to try living in a house before they buy, or empty nesters who are used to the space of a home, but aren’t interested in maintenance upkeep. Some new build-to-rent developers, like newcomer Leva Living, say their communities will include amenities found in apartment buildings, like clubhouses, pools and fitness centers. Others, like Wan Bridge, are differentiating themselves by offering large spaces and access to a private yard.

The Greater Houston Partnership, Houston’s main chamber of commerce, has touted the city’s low cost of living as a major strength, notably in luring Hewlett Packard Enterprise to relocate its global headquarters to the city in 2020. In addition, Covid-19 has drawn in a number of newcomers, particularly from California, who eye Texas as the land of few restrictions, affordable homes and a friendly environment to do business, according to Clare Losey, an assistant research economist at the Texas Real Estate Research Center who specializes in housing affordability.

Investors and developers are “looking at a market like Houston, and they’re saying to themselves, ‘This is a geography with strong population growth, strong job growth, expectations for that to continue, [and] strong preferences for the traditional single-family homeownership model,’” Losey said. “To them, it looks like a really lucrative deal right now, and in the future. This is going to continue to pay off, and yes, they have to combat those supply side challenges right now, but that just ultimately feeds into the consumer’s rent. They’re passing that on to the consumer, it’s not a big deal to them.”

For those looking for a simple investment source amid inflation, Losey said real estate is a go-to option, with high returns. And when it comes to residential real estate, single-family rentals become an attractive option given the high barrier for financing a multifamily project and the occasional community uproar that comes with announcing one.

According to January data from RentCafé, there are 14,000 build-to-rent houses under construction in the U.S., and Houston has the nation’s second-highest number of them, with 1,620 single-family home units.

Plenty more are on the way. The past several months have seen new companies cropping up to tap into the market, and other, established companies breaking in. Wan Bridge will build a 1,000-unit build-to-rent community in Balmoral with Land Tejas, while Clay Residential will build another 1,000 across five Texas communities.

Leva Living announced its first project, a 162-unit rental community in Atascocita, last month. President and co-founder Jennifer Orr uses herself as an example of the company’s target demographic: a “nomad,” who wanted a home she could lock and leave, without arduous maintenance work. Though the project won’t pre-lease until fall, Orr said initial interest has been from dog owners and women who aren’t interested in home maintenance.

“[As a millennial], I feel like our generation wants the home living, they still like the easy lifestyle of apartment living, so we felt like it’s the best match of both property types,” Orr said.

Jeff Williams, co-founder and executive vice president of finance at Leva Living, said he thinks the Houston homebuilding market is underserved and sees a long future in build-to-rent. He estimates the Atascocita project will cost about $30M to $35M, and he plans to initially price units at around $1,400 monthly for a one-bedroom, using neighboring apartment complexes to gauge what residents would be willing to pay in rent.

Eventually, though, he expects rents might rise to about $1,900 a month.

At Wan Bridge, Qiao is concerned about supply chain issues facing every facet of homebuilding, adding the company is spending about 70% to 80% more on materials and labor. But even that isn’t slowing expansion. The company has about 42 open positions for employees, and it expects to double its 80-person employee count next year to fulfill property management and construction roles.

“I think, generally speaking, Texas is great and is on fire,” he said. “Houston is fantastic. The demand for housing is also great. I think the future will be bright.”