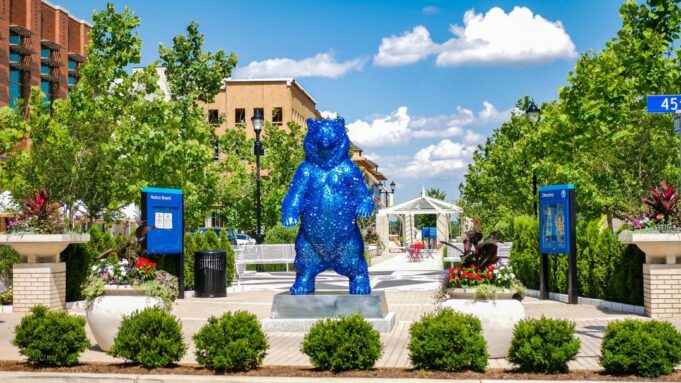 Back in 2020, Prince George’s County suffered along with the rest of the nation as Covid-19 cases surged and communities locked down. Today, it has re-emerged as an economic powerhouse. One of the catalysts for this recovery has been the PGCEDC. To help aid the county in its pandemic recovery, PGCEDC expanded its resources to become a grant-writing organization to support businesses and business owners who were at risk of closing down. Since spring 2020, PGCEDC and its sister agencies have given out over $44M in grants to more than 2,500 local businesses and helped preserve close to 7,000 jobs.

Prince George’s County Executive Angela Alsobrooks said the county is beginning to see economic growth even in the areas that were hardest hit by the pandemic, including retail space. The county’s first Trader Joe’s is coming soon to College Park as part of a Bozzuto Management-led mixed-use multifamily and retail project that is near completion on the west side of Baltimore Avenue, just south of the University of Maryland.

Additionally, the Blue Line Corridor is on the verge of dramatic redevelopment through a county-led effort to create a replicable model for place-based economic development. This next big regional destination will become a sports and entertainment-branded corridor, creating jobs and incentivizing more development.

“We see the potential for our county’s future,” Alsobrooks said in her State of the Economy 2022 speech. “That’s why we’re investing heavily in this corridor. Building street infrastructure, adding facilities and providing access to resources for interested development teams that will help us bring these transit sites to life.”

Prince George’s County was a leading economic jurisdiction in Maryland before the pandemic. From 2013 to 2019, the county added 25,000 jobs, more than any other Maryland jurisdiction. PGCEDC President and CEO David Iannucci took over the EDC in 2019 and continues to advocate for job creation and equitable regional development as the county positions itself for the next decade.

Since the pandemic-driven economic downturn, the county has seen approximately 95% job recovery; Alsobrooks said she is confident that the county will get back to 100% before the year is out and “will lead [the state] once more.”

In January, the EDC launched the Step Forward Initiative, a program designed to assist women-owned businesses to get the right connections to accelerate business growth. Funded by Wells Fargo, the EDC chose 10 women-owned businesses based in the county for intensive training in growth strategies and positioning for financing. The program recently graduated its first cohort.

Step Forward “will provide programming, counseling and peer-to-peer learning opportunities, as well as enhance financial literacy and loan readiness to minority-led small businesses,” PGCEDC Manager of Small Business Services Alicia Moran said in a statement. She added that this program will expand small-business growth and help even the playing field in a rapidly growing demographic, namely, women of color.

Prince George’s County is also seeing growth in the federal sector. In April, the U.S. Treasury’s Bureau of Engraving and Printing announced the official transfer of a 104-acre parcel of the Beltsville Agricultural Research Center from the Department of Agriculture. This transfer sets the stage for the BEP’s $1.4B Replacement Currency Production Facility’s move from D.C. to the western part of the county.

“Bringing the Replacement Currency Production Facility to Prince George’s County brings us one step further in achieving our goal of ‘federal parity’ as it relates to federal jobs in the County,” Iannucci said in a statement. “The Bureau of Engraving and Printing will join the 16 other federal agencies located in the County, including the recently opened U.S. Citizenship and Immigration Services Headquarters in Camp Springs.”

The BEP moving to the Beltsville Agricultural Research Center will infuse federal dollars to help improve infrastructure and historic buildings on the land. Additionally, the move will bring increased foot traffic to Beltsville. Construction is scheduled to begin in 2024 with the first production line moving into the new facility by 2027.

This transition helps confirm that Prince George’s County is a central hub for innovative businesses wanting to tap into the resources in the D.C. metro area.

The NASA Goddard Space Flight Center, where elements of the James Webb Space Telescope were assembled, is based in Greenbelt. The facility is the epicenter of the most advanced astronomy and science exploration on planet Earth. Last month, the James Webb Space Telescope succeeded the Hubble space telescope as NASA’s flagship mission in astrophysics, with clear photos of never-before-seen galaxies beamed back to Earth.

PGCEDC anticipates more businesses and agencies will follow the lead of BEP and NASA aiding in bringing even greater expansion to the county.

This article was produced in collaboration between Studio B and Prince George’s County Economic Development Corp. Bisnow news staff was not involved in the production of this content.