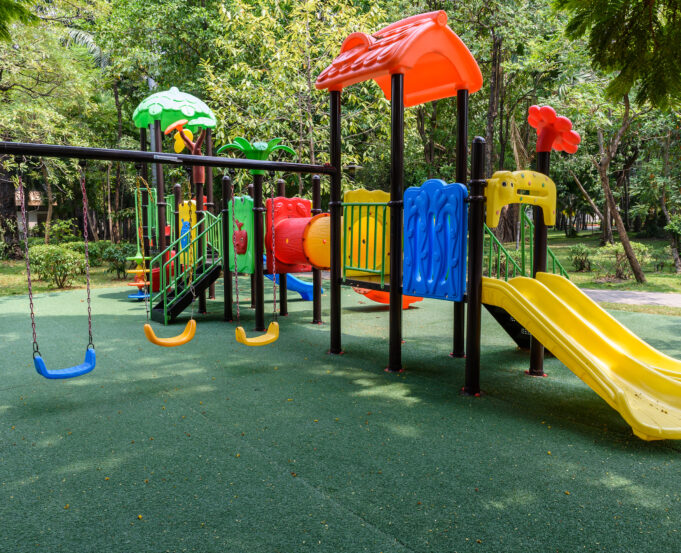 One of the perks of living in an HOA community is gaining access to its common areas. But, what are HOA common areas anyway? And who is responsible for maintaining them?

WHAT ARE HOA COMMON AREAS?
The definition of common in HOA communities can change from one association to another. Generally speaking, though, common areas are amenities or spaces in an HOA neighborhood that are open for the use of all the association’s members.

When you buy a home in an HOA, you automatically become a member of that HOA. That comes with certain obligations, such as paying regular dues and routine property maintenance. But, it also comes with the benefit of using common amenities and spaces. And, it’s those very dues that you pay that are used to maintain the common areas of the association.

While communities can have different types, homeowners association common areas typically include pools, clubhouses, fitness centers, hallways, stairways, elevators, sidewalks, and streets. There are even HOA communities that have their own tennis courts, golf courses, lakes, and equestrian facilities. Of course, the more comprehensive the HOA common areas, the higher the regular dues tend to be.

GENERAL COMMON ELEMENTS
General common elements usually refer to the elements that all homeowners in the community can use. You will find the exact location of these elements in the community plat. Some examples include pools, gyms, clubhouses, entrance/exit gates, etc.

HOA COMMON AREA MAINTENANCE: WHO IS RESPONSIBLE?
As with all things, common areas or elements also require regular maintenance to keep them in good shape. But, who exactly is responsible for maintaining the common areas? The answer is: it depends.

Some states have HOA common area laws that define the burden of responsibility for common areas. For instance, in California, Civil Code Section 4775 places responsibility on the HOA unless otherwise provided in the governing documents.

More often than not, though, you will find maintenance responsibilities outlined within the CC&Rs or bylaws. Typically, the HOA is responsible for maintaining, repairing, and replacing all general common elements. The money used to pay for maintenance, of course, still comes from the homeowners. Because all homeowners have access to general common elements, they all share the cost of maintaining them.

HOA COMMON AREA RULES
It is common for associations to impose certain rules and restrictions regarding the use of community common areas. After all, without these rules, the HOA common areas can quickly fall into disrepair.

Common rules for such areas include:

Operating hours of common amenities such as pools and fitness centers
homeowners association common areas:
No running
Designated walkways in parks
No littering
What type of clothes or shoes must be worn in the area
No pets
Kids must always be supervised by adults
No shouting

Because these rules can vary greatly, it is best to check your own association’s governing documents to know the exact regulations in place. This way, homeowners can avoid violating the rules and save themselves a possible monetary fine.

HOA FAILURE TO MAINTAIN COMMON AREAS
It is generally the responsibility of the HOA to maintain the common areas open to all homeowners. That means hiring vendors to clean, perform preventive maintenance, and repair these spaces. As previously explained, the money used to pay for such services comes from the operating budget, which comes from homeowner dues.

Sometimes, though, an HOA won’t maintain the common areas up to the standard required or will stop maintenance altogether. When this happens, the spaces can deteriorate, impacting property values and homeowners alike. If an HOA is not maintaining common areas, what can homeowners do?

If you know the HOA is responsible for maintenance, the first step you can take is to complain to the HOA board. Let the board know that the HOA has to maintain these areas as stipulated in the governing documents. If the board refuses to comply, homeowners can look into the procedure for removing one or more board members. You will typically find this information within the bylaws of your HOA.

If that still doesn’t work, the final option is to take legal action. This should be a last resort, as it can be a time-consuming and costly process. The lawsuit can be based on claims of a breach of fiduciary duty, negligence, or a breach of covenant.

There are cases, though, wherein a failure to maintain HOA common areas stems from a lack of funding. To remedy this, the HOA board must plan the budget well and account for all maintenance expenses before collecting dues. Homeowners should also fulfill their financial obligation to the HOA to ensure that common areas remain in good condition.

PRIORITIZING COMMON AREAS
The HOA common areas definitely add value and appeal to the entire community. Convenient and well-maintained common areas help sell the community to buyers and keep existing homeowners happy. As such, associations should always consider the maintenance of common areas as a top priority.

Monitoring common areas and making sure they’re maintained is often a taxing job for board members. This is where an HOA management company can step in. Find the best one in your area today using our online directory!