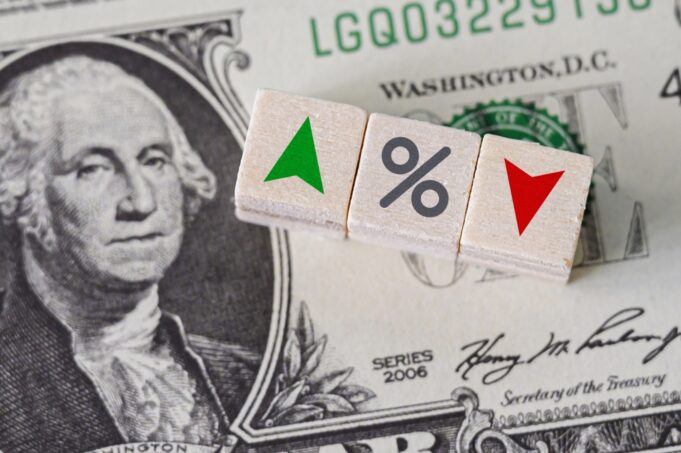 Think mortgage rates are high now? Connie Strait remembers when she was starting her career in real estate in the early 1980s and buyers were contending with rates three times higher.

Strait recalled one couple who were actually relieved when they locked in a 30-year fixed-rate mortgage at 19% in September 1981. The couple had told her they were hoping to close on their new home before rates moved any higher.

“They were so delighted to be closing at 19%,” said Strait, who now works at William Raveis Real Estate in Danbury, Connecticut. “They said, ‘We made it in just under the wire, next week it is going to 20%!’”

The following month, in October 1981, the average weekly interest rate for a 30-year, fixed rate loan hit an all-time high of 18.6%, according to Freddie Mac. The average mortgage rate is based on a survey of conventional home purchase loans for borrowers who put 20% down and have excellent credit. But many buyers pay even more.

In late September, the 30-year fixed-rate mortgage rate hit an average of 6.7% . Although it may come as cold comfort to someone who let a 3% rate slip through their fingers just seven months ago, today’s interest rates are, historically speaking, still relatively low.

“Unfortunately, now people don’t remember how Baby Boomers were getting rates of 10%, 12% and higher for most of the 1980s,” Strait said. “Meanwhile, our kids are shocked by 6%.”

Those ultra-high rates made homeownership less affordable in the early 1980s than it is now. By the mid-1980s though, mortgage rates had fallen somewhat, making financing more affordable, even with rates near 10%.

But many things have changed since the 1980s.

Given wage growth, sky-high home prices and rapidly rising interest rates, homes today are the least affordable they have been in 35 years.

Mortgage rates were high in the 1980s, but home prices were a lot less expensive, too.

In October 1981 a typical home cost $70,398. But with mortgage rates averaging 18.45% that month, the $870 monthly payment took up about 55% of the median income at the time, according to Black Knight, a mortgage data company.

“If you reduce interest rates by 8.5% that doubles your buying power,” said Andy Walden, vice president of enterprise research at Black Knight.

With the typical home currently costing $434,978, and rates over 6%, the monthly mortgage payment of $2,061 eats up more than 36% of the median monthly income, according to Black Knight.

Interest rates have been below 5% for the past 11 years, with the weekly average reaching an all-time low of 2.65% in January 2021. That’s part of the reason why home prices are so high today.

Over the past five years, while the average home price has gone up 60%, the average income has risen less than 15%.

“We now have the highest ratio of home price to income that we’ve seen in the past 50 years plus,” said Walden. “We have data going back to 1970 and it is the highest we’ve seen by far.”

The sharp rise in 2005 was largely fueled by expanded credit in the mortgage market, said Walden, with mortgages being offered based on a buyer’s unverified income, and through products like interest-only, adjustable-rate and negative amortizingloans.

“That allowed those shopping to buy more home than their income level would traditionally support,” he said. It also created a bubble that led to the 2008 housing crash.

Today, the typical home price is six times the median household income of about $71,000.

Another reason why rates were so high in the 1980s was that there was less credit available to borrow, making it more difficult and costly for buyers to secure a mortgage. Banks had to charge higher rates for taking on the risk. But today’s mortgages are often bundled and sold into investment products. That secondary market makes it profitable for lenders to give loans to many more people, and at lower interest rates.

“Back in the early 1980s, rates were in the mid- to upper-teens,” said Pete Miller, senior vice president for residential policy at the Mortgage Bankers Association. “Part of the reason was that the supply of mortgage credit was more constrained. We didn’t have the secondary market liquidity we have today.”

Miller — who bought his first home in California in the mid 1980s with a 13% adjustable rate mortgage — said 6% for a fixed-rate 30-year loan is historically a very good interest rate.

“I remember when interest rates went to single digits and saying, ‘I thought that would never happen.’”