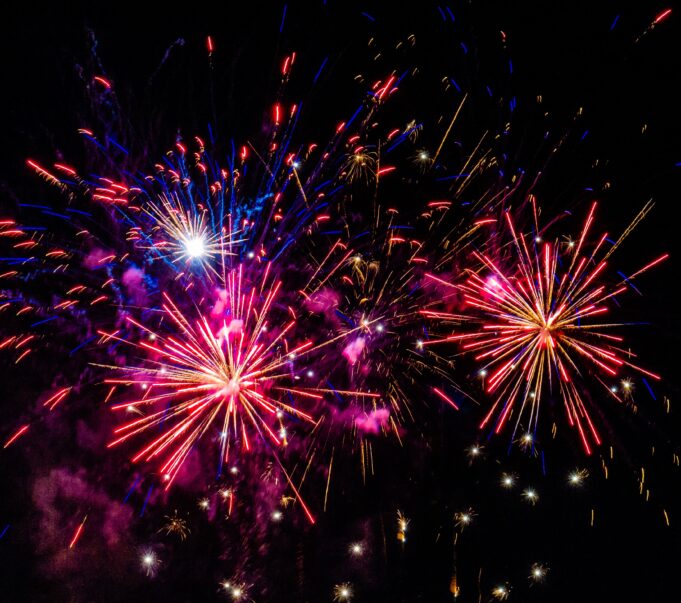 Fireworks are a Fourth of July staple. But, should the board allow fireworks in an HOA? Learn the ins and outs of enforcing rules on fireworks in a planned community.

Fireworks in an HOA: Good or Bad?

The Fourth of July commemorates the Declaration of Independence and the Thirteen Colonies officially breaking free from British rule. Today, Americans across the country celebrate the federal holiday in many ways. Some of the most popular forms of celebration include having barbecues, going on picnics, watching concerts and parades, and attending fairs and carnivals. It also gives families and friends a chance to reunite and bond.

One of the more permanent fixtures during this holiday, though, is the 4th of July fireworks. Come nighttime, the sky is lit with bright, explosive colors that illuminate the darkness. Fireworks are not only entertaining, but they are also beautiful to behold and bring people together. Unfortunately, fireworks also have their disadvantages.

Fireworks pose a serious fire risk and can even cause injury or death. In fact, according to the National Fire Protection Association , approximately 19,500 fires started because of fireworks in 2018. That resulted in five deaths and another 46 civilian injuries, not to mention $105 million in property damage. Additionally, fireworks can trigger post-traumatic stress disorder in veterans. Many dogs are also frightened by the loud noise of fireworks, causing them to panic and run away.

Many people have come to expect fireworks on July 4th. But, for homeowners associations, the dilemma of whether to allow fireworks remains. The first places where HOA boards should seek guidance are state and local laws.

For instance, Section 791.08 of the Florida Statutes prohibits homeowners associations from enacting a rule banning fireworks on designated holidays, including the Fourth of July. Florida HOAs only have the ability to restrict fireworks if it is recorded in their declaration. As such, if an HOA wants to ban fireworks from its community, it will need to amend its declaration to include the provision. It is worth noting, however, that this Florida law only applies specifically to homeowners associations. Cooperatives and condo associations are not covered.

On the other hand, California does not have a blanket state law that restricts fireworks at the consumer level. But, several cities and counties in the state have already adopted such laws. The same goes for many municipalities in Oregon.

Thus, if an HOA is considering a ban on fireworks, it must first refer to the laws in their area.

The Trend of HOA Fireworks Rules

In places where state and local laws don’t have laws on fireworks, homeowners associations are taking the initiative. Understandably, rules on fireworks are more common for HOAs located in areas where there is a high risk of fire. These include cities and locales in California and Oregon, where wildfires are nothing new. For HOAs located further from the western coast, the trend may not be as apparent because there is a lower risk of wildfires.

Moreover, firework restrictions also tend to be more common among condo communities. This is due to the nature of their common areas. In a single-family HOA community, residents have more open spaces from where they can set off fireworks into the sky. You can’t say the same for condominiums.

How to Deal With Fireworks in an HOA Community

Fireworks pose a threat to the safety and well-being of residents, so HOA boards naturally want to restrict their use. While a lot of people already inherently know not to use fireworks on their own, it is still better to have rules in place. This way, the board can hold violations against owners and impose a corresponding fine. If no such rule exists, owners will point to the community’s rules and rightfully claim they have the freedom to set fireworks off in the community.

Enforcement also comes as a challenge. Because fireworks usually take place at night, it is hard to identify the starting point and who set them off. Additionally, these violations will typically happen after business hours, leaving no one to enforce them.

Perhaps a good middle ground is to limit certain forms of fireworks. The ones that launch into the air, fun as they are, tend to have more risks associated with them. As such, it is good to ban those. Instead, allow homeowners to use on-ground fireworks, such as sparklers and smoke bombs.

See also  What are the most important components of the HOA?

If your association ultimately does choose to allow fireworks, residents should follow these safety reminders:

-Let their guests and neighbors know ahead of time. This way, they can make preparations.
-Keep an eye on kids at all times. Don’t let them play with fireworks alone.
-Keep a fire extinguisher or hose handy to put out any fires.
-Protect their pets and keep them indoors during the display.
-Clean up any litter and leftover debris from the fireworks.

Sponsoring a Display: A Good Alternative

If residents really want to enjoy fireworks in an HOA, a good compromise is to have the association sponsor a display. This way, homeowners won’t be tempted to do it themselves. Schedule the fireworks display on the night of July 4 and let homeowners know what time they can expect to see it. The best way to do this is to obtain a permit and hire professionals to set off the fireworks. But, even with a permit and the help of trained professionals, you should still refer to your state and local laws to make sure you don’t commit any violations.

Everyone wants to enjoy fireworks on the 4th of July. When it comes to fireworks in an HOA, though, the issue is a bit more complex. While some areas have laws that regulate the use of consumer fireworks, many others don’t. Homeowners associations, therefore, have to step in and create rules to promote the safety of residents.

Regulating fireworks is only one of the responsibilities of an HOA board. If your board needs help managing the community, Clark Simson Miller is the one to call. Get in touch with us today at 865.315.7505 or contact us online to learn more about our services.