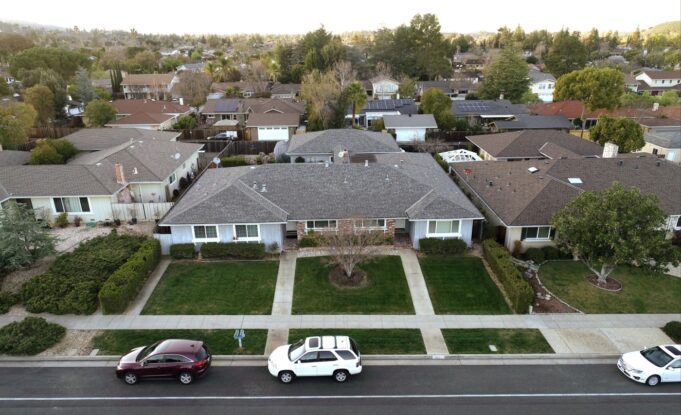 Redondo Beach, Torrance, Carson and Whittier brought the petition against California Attorney General Rob Bonta in Los Angeles Superior Court this week, with the leaders of those cities wanting a court order finding the law in violation of the state constitution and banning its enforcement.

A representative for the Attorney General’s office could not be immediately reached.

“It is undisputed that planning and zoning laws are matters of municipal affairs,” the petition says. “The constitutional right of municipalities to zone single-family residential districts and the sanctioning principle upon which that right is founded has been well settled law for almost 100 years.”

By enacting SB 9, the state “eviscerated a city’s local control over land use decisions and a community-tailored zoning process,” the petition says.

Gov. Gavin Newsom in September signed into law SB 9, which its proponents have said will open opportunities for homeowners to help ease the state’s housing shortage while still protecting tenants from displacement. The law opens the door for the development of up to four residential units on single-family lots across California.

Prior to signing the bill, Newsom was presented with a letter signed by about 240 cities and the League of California Cities, all urging him to veto the bill.

“SB 9 does not guarantee the construction of affordable housing,” the opponents said, “nor will it spur additional housing development in a manner that supports local flexibility, decision-making and community input.”

SB 9 backers, however, argue the bill ensures access to affordable housing as a matter of statewide concern that justifies its applicability to charter cities.

But the bill does not require the newly created homes or the lots to have any affordability covenants or to be restricted to moderate- or lower-income households, according to the petition, which was filed on Tuesday, March 29.

“Thus, in very urbanized areas where housing demand and prices are high, SB 9 housing developments could be sold or leased at market rate prices,” the petition says, “which would do nothing to address housing affordability and could exacerbate unaffordability by taking away potential affordable housing locations.”

SB 9 also will raise land and home values, particularly in already very urbanized areas, the petition adds, making it harder for first-time homebuyers to “get their foothold on the American Dream and further alienating lower-income households.”

This legal challenge had been expected for a while , with Carson, Redondo and Torrance, in particular, announcing in January that they intended to argue in court that SB 9 violates the state constitution by limiting local control of housing.

Those three cities, as well as Whittier, are charter cities, meaning they have their own municipal constitution. Such cities establish their own set of hyper-local governance rules that often differ from general state law. Towns without their own constitutions are known as general law cities.

‘Class traitors’: Why rich millennials are getting rid of their wealth

A second legal challenge to SB 9 — involving general law cities, including Rancho Palos Verdes and Hesperia — is also in the works, Carson City Attorney Sunny Soltani said in late January when announcing plans for a charter city challenge to the state law.

The four cities, according to the petition, recognize that housing, including housing affordability, are serious issues that must be addressed at both the state and local levels. And those cities, the petition says, have been active in finding ways to provide more housing and affordable housing for residents.

Over the past 20 years, for example, Carson, through its Housing Authority, helped develop almost 1,000 affordable housing units and more than 900 housing units are currently under construction or approved within the community, the petition says.