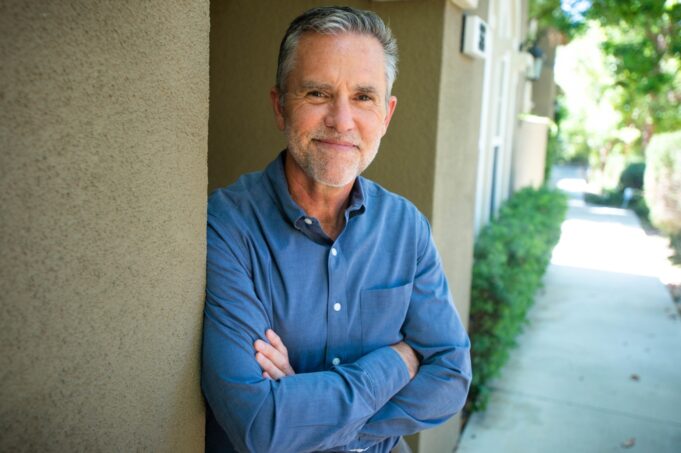 As family and survivors commemorate the one-year anniversary of the deadly Surfside, Fla., condo collapse on Friday, June 24, two Southern California companies are offering new tools to help condo buyers and owners assess the soundness of their own homeowner associations.

Their goal is to avoid pitfalls like the ones that may have contributed to last June’s tragedy, when the 12-story Champlain Towers South pancaked into a heap of rubble, killing 98 people.

Press reports showed the Champlain Towers board had squabbled for years over how to pay for $15 million in critically needed repairs. The repairs didn’t begin until it was too late.

While the federal inquiry into the cause of the collapse isn’t expected until 2024, the Miami Herald reported that construction flaws coupled with years of deferred maintenance caused a deteriorated pool deck to pull away from the foundation, toppling pillars and causing the building to fall like a house of cards.

In May, Association Reserves, a Westlake Village company that had the Champlain Towers South as a client, unveiled a new product to help buyers, owners and board members assess the financial and physical health of their “community associations.”

Called Association Insights and Marketplace, or AIM, it seeks to create a database covering the nation’s 370,000 “association-governed” communities, including condominiums, co-ops and townhomes.

HOAs are being recruited to upload their information into the database, which will then be used to create reports on maintenance reserve funds, finances and the physical condition of buildings, said Robert Nordlund, Association Reserves CEO and co-founder of the new AIM product.

The reports are free to participating condo associations and their members, but will cost buyers $50.

In addition, AIM is creating a FICO-type score for each complex, called the FiPhO score. Had the score existed before the Champlain Towers collapse, the Florida towers would have received a 45 out of 100, Nordlund said — a weak score.

Nordland and the founder of another new HOA reporting firm, Condofax, said they hope their products will become the condo industry’s version of Carfax, which provides used-car reports to auto buyers.

Founded last November, Condofax charges $299 for reports based on a deep dive into an HOAs’ documentation. Like AIM, it produces a brief report and its own version of a credit-type score.

“We’ve looked at condo associations across the country, and really, it’s bad,” said Christopher Gardner, Condofax founder and an executive with FHA Pros, which helps condo complexes qualify for Federal Housing Administration mortgages. “Somehow condo associations have largely eluded any scrutiny. It’s pretty astonishing, and we hope to change that.”

See also  For These #Millennial Homeowners, the Vacation House Is the New #StarterHome

A third California organization, Oakland-based Transparency HOA , a nonprofit organization, provides reports on HOAs for free. A fourth company, Indiana-based InspectHOA.com , has been providing $189  reports for 2 ½ years to companies such as title firms, iBuyers and property investment groups.

“What created an impetus was lots and lots of institutions buying homes,” said InspectHOA Chief Executive and co-founder Vishrut Malhotra. “(But) our clients started asking more questions after the Champlain Towers incident.”

The new products will be a boon for potential buyers who now fly virtually blind when buying a home that’s part of an HOA, product developers and real estate agents say.

“It’s all new. This is something we have not seen before,” said Lisa Dunn, a regional sales director for Century 21 Award who led an Orange County Association of Realtors task force encouraging more HOAs to qualify for FHA mortgages.

Westlake Village condo complex in Thousand Oaks where Robert Nordlund, founder and CEO of Association Reserves, once lived is seen on Tuesday, June 21, 2022. Nearly a year after the deadly collapse of Champlain Towers South Condos in Florida, Nordlund unveiled a rating system for homeowners associations that functions like a credit score. (Photo by Sarah Reingewirtz, Los Angeles Daily News/SCNG)

“I have never seen a service like (these new) reports,” added Veronica Hicks, a broker for Irvine-based Condos Etc. “No one can be certain of  … the financial health of a community, the culture of the community and the quality of management and board oversight. This would be a very beneficial report to a buyer, for a homeowners’ association as well as the members.”

A packet of HOA documents provided during escrow should be adequate to determine an association’s soundness, said Dawn Bauman, a government and public affairs vice president for the Community Associations Institute, an HOA educational organization. Provided, that is, a buyer takes the time to read and understand all that paperwork.

But agents and product providers say association documentation, which can range up to 300 pages or more, often comes late in the escrow process and is so daunting, many buyers don’t read it.

“They just don’t know what they’re looking at. They don’t know how to analyze a condo association,” Gardner said.

“If you’re thinking about spending $500,000 on a condo, $50 is one of the cheapest things and one of the wisest things you can do. … It just helps the buyer know what they’re getting into,” Nordlund said.

The Champlain Towers board received bad news about their building’s condition almost three years before the tragedy on June 24, 2021. The once-luxurious towers needed extensive repairs totaling $15 million. To pay for that, the board needed to levy a “special assessment” on unit owners, ranging from $80,000 to at least $200,000 apiece. But condo owners resisted.

Report providers say their products can help shoppers assess an association’s risk of a future special assessment, which are paid on top of monthly dues.

“If we see (an HOAs’) reserves are low and the roof needs to be replaced shortly, you can foresee a large increase in fees,” InspectHOA’s Malhotra said.

Kelly Richardson, a Pasadena-based HOA attorney and a weekly contributor to the Southern California News Group , said Association Reserves’ AIM product is “the first legitimate company effort of this regard.”

Nordlund says the company report typically will be 11 pages long, covering an HOAs’ financial health, the property’s maintenance history and how well run the association is.

Roughly half of HOAs have adequate reserves to pay for necessary maintenance as their buildings age, Nordlund said. Condo owners tend to elect board members who promise to keep monthly dues in check, often undermining an association’s financial soundness.

AIM seeks to give condo owners a “virtuous goal” of improving their score, rather than the destructive incentive of lowering their HOA dues and deferring maintenance.

Transparency HOA provides a one-page report focusing on financial aspects of an HOA, plus a score. The volunteer-run organization doesn’t charge for its reports, although donations are welcome. Co-founder Amber Gill maintains her team is more willing to share bad news about an HOA because it’s independent.

“It’s hard for me to believe (commercial providers) are going to bite the hand that feeds them,” she said.

Richardson said he’s unsure the reports will be adequate to fully evaluate an HOA.

“I am concerned that the information, while helpful, could be overstated in its significance,” he said. “HOAs can change quickly, and I am concerned about how the reported data would be kept current.”

He also doubts these reports alone will be sufficient to prevent future tragedies like the Champlain Towers collapse. But the collapse cast a spotlight “on how bad condos are” and the need for owners and condo shoppers alike to get better access to information, providers said.

“It’s the reason the world changed,” Nordlund said of the Surfside tragedy. “It’s the reason we spent a lot of time and money (developing this product). So the future could be different.”

Investor Purchases of Homes Has Doubled from Pre-COVID Levels