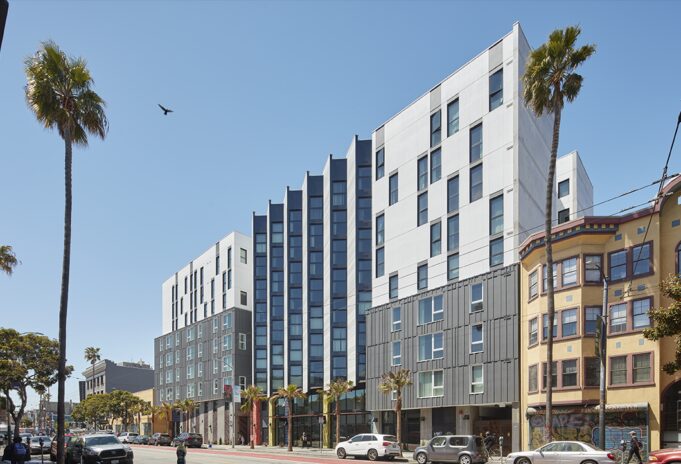 The housing affordability crisis in the U.S. has reached a breaking point. A Pew Research survey from October 2021 found that nearly half of Americans believe that a lack of affordable housing is a serious problem where they live, and 70% said that younger Americans have a harder time buying a home than their parents’ generation did.

This issue goes beyond single-family homes. In 2021, the national median apartment rent grew by 17.5%. Though rents are rising at a slower pace than they did last year, they have increased by 5.4% during the first half of 2022. Rent growth is on track to surpass home sales price growth this year, and many Americans will continue to struggle to find an affordable apartment.

As the staggering need for affordable multifamily units grows, some contractors and developers are working to do something to alleviate the pressure. Swinerton, one of the nation’s largest contractors, launched several affordable housing projects to address this shortage.

“We’re leveraging our construction expertise into the space where it makes the most sense to combat the housing crisis,” Swinerton National Affordable Housing Director Patrick Otellini said. “What makes us a good builder is what makes us good at affordable housing: diligent management of the budget, schedule and being that partner by being a true partner to the nonprofit development community. They need someone who’s working with them in that spirit and not just a general contractor to build the project for them.”

The Heartwood project, located in central Seattle, will provide the area with much-needed workforce housing, Otellini said. As the first mass timber structure of its kind in Seattle, the Heartwood is estimated to be the tallest cross-laminated timber building in the city.

The development will feature 126 studio and one-bedroom apartments and include storage rooms, a courtyard and a lobby. Swinerton is working on this project with atelierjones and Timberlab, and Otellini said that all three companies share a vision of bringing a more sustainable, affordable building to Seattle.

In California, Swinerton has three additional projects under construction: 921 Howard, 11010 SMB and Weingart Center Tower are focused on establishing affordable units for low-income residents and those experiencing homelessness.

“Affordable housing builders tend to be small, regional builders that have relationships with nonprofit housing developers,” Otellini said. “Swinerton is good in this space because even though we’re a national company, we act like a regional builder. We have those relationships at every local level where we can have that trust and partnership that’s needed to work with a lot of the nonprofit housing developers but then also have the sophistication and firepower of a large national firm.”

Located in the heart of San Francisco’s South of Market District, 921 Howard is an 18-story high-rise that will feature 203 units for low-to-moderate-income families and individuals. Spanning roughly 205K SF, it is the largest affordable housing development under construction in the city.

In West Los Angeles, Swinerton is serving as the general contractor for 11010 SMB, a building that will feature 50 studio apartments for seniors and senior veterans who have experienced homelessness. With approximately 3,681 homeless veterans in the greater Los Angeles community as of 2020, 11010 SMB has become a particular point of pride for Swinerton.

“We’re really excited,” Otellini said. “11010 SMB is going to be the first modular project that our Southern California offices have built.”

Weingart Center Tower is positioned at the center of LA’s infamous Skid Row, but it will soon be the largest transitional and supportive housing facility of its kind on the West Coast. Swinerton has been chosen to aid this expansive housing complex with pre-construction services. This building will offer 382 residential units, as well as retail space, counseling areas, dining rooms and more.

As rising rents and lack of affordable housing have propelled the homeless crisis further, Swinerton recognizes that giving back to its community is of utmost importance to its mission as a national contractor.

Otellini said that Swinerton is partnering with Dignity Moves to help end the homelessness crisis. Swinerton displays its commitment to a future of encouraging innovation, expansion and solving homelessness.

“We’re really invested in doing what we can to help solve the housing crisis, because it’s not just about building permanent affordable housing,” Otellini said. “There’s no better medicine than housing for people. This is how you start to improve lives. It’s been a rewarding experience. The other thing that’s incredible is that we heavily supplement the Dignity Moves projects with volunteer labor. That starts to connect our people to the community, and it’s putting our money where our mouth is.”

This article was produced in collaboration between Studio B and Swinerton. Bisnow news staff was not involved in the production of this content.

We are committed to helping homeowners and HOAs protect their rights...