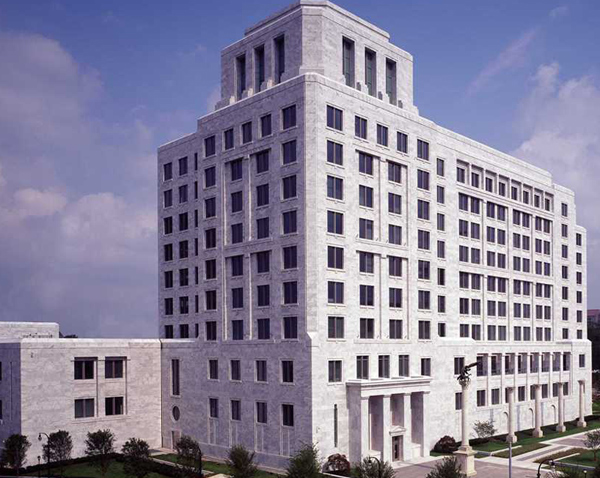 Metro Atlanta’s median home price in May set a new record at $430,000 making Atlanta homes unaffordable according to First Multiple Listing Service data. And this month, the the 30-year, fixed rate surpassed 6% for mortgages for the first time since before the Great Recession.

This means that the 22 metro area counties analyzed by the Federal Reserve Bank of Atlanta’s Home Ownership Affordability Monitor are all unaffordable. This is another first, and not a good one. This is the first time that every metro Atlanta county has been labeled unaffordable. DeKalb County is the most unaffordable because the typical mortgage is more than 40% of the typical income. And in ever popular Forsyth County, that cost is 33% of income. Forsyth is metro Atlanta’s most affluent county, with a median income of $115,000.

Homeownership Unaffordable Across Most of the U.S.

Portion of Wages Consumed by Home Ownership Rises at Fastest Pace This Century;

ATTOM , a leading curator of  real estate data   nationwide for land and property data, today released its second-quarter 2022 U.S. Home Affordability Report, showing that median-priced single-family homes and condos are less affordable in the second quarter of 2022 compared to historical averages in 97 percent of counties across the nation with enough data to analyze. That was up from 69 percent of counties that were historically less affordable in the second quarter of 2021, to the highest point since 2007, just before the housing market crashed during the Great Recession of the late 2000s.

The report also shows that the portion of average wages nationwide required for major home-ownership expenses has risen this quarter to 31.5 percent as the median price of a single-family home has hit a new high of $349,000 and 30-year mortgage rates have shot up above 5 percent. The percentage of average wages consumed by those expenses has risen at the fastest quarterly and annual pace since at least 2000.

“Extraordinarily low levels of homes for sale combined with strong demand have caused home prices to soar over the last few years,” said Rick Sharga, executive vice president of market intelligence at ATTOM. “But homes remained relatively affordable due to historically low mortgage rates and rising wages. With interest rates almost doubling, homebuyers are faced with monthly mortgage payments that are between 40 and 50 percent higher than they were a year ago – payments that many prospective buyers simply can’t afford.”

The report determined affordability for average wage earners by calculating the amount of income needed to meet major monthly home ownership expenses — including mortgage, property taxes and insurance — on a median-priced single-family home, assuming a 20 percent down payment and a 28 percent maximum “front-end” debt-to-income ratio. That required income was then compared to annualized average weekly wage data from the Bureau of Labor Statistics (see full methodology below).

Compared to historical levels, median home prices in 560 of the 575 counties analyzed in the second quarter of 2022 are less affordable than in the past. The latest number is up from 459 of the same group of counties in the first quarter of 2022, 397 in the second quarter of 2021 and just 251, or less than half, two years ago. That increase has continued as the median national home price has spiked 16 percent over the past year while average annual wages across the country have grown just 6 percent.

Major ownership costs on median-priced single-family homes and condos around the U.S. now require more than 28 percent of the average $67,587 wage in the U.S. – a ceiling considered affordable by common lending standards. The current level of 31.5 percent stands at the highest point since the second quarter of 2007 and is up from 26 percent in the first quarter of 2022 and 23.9 percent in the second quarter of last year. Both increases mark the largest jumps since at least 2000.

Affording a home across the nation has gotten significantly tougher in recent months at a time when the U.S. housing market has roared ahead for the 11th straight year but also faces notable headwinds that could slow it down. One major force remains: home prices have continued to soar in 2022 as a large cohort of homebuyers continues chasing an extremely small supply of properties for sale. Elevated demand has helped push the national median home price up over the past year at more than double the pace of wage growth.

But as mortgage rates have steadily climbed this year from just above 3 percent to near 6 percent for a 30-year loan, costs have escalated for buyers. Higher interest rates, growing inflation, soaring fuel costs and a declining stock market all threaten the housing market, which could already be showing signs of strain – May marked the fifth consecutive month of lower existing home sales than the prior month.

Annual home-price appreciation has been greater than weekly annualized wage growth in the second quarter of 2022 in 510 of the 575 counties analyzed in the report (89 percent), with the largest including Los Angeles County, CA; Harris County (Houston), TX; Maricopa County (Phoenix), AZ; San Diego County, CA, and Orange County, CA (outside Los Angeles).

“Worsening affordability appears to be having an impact on demand, which could lead to prices plateauing or even correcting modestly in some markets,” Sharga noted. ”Many potential buyers may elect to continue renting until market conditions improve. Others might adjust their sights and look for smaller properties, or homes that are further away from major metro areas. And it’s possible that worsening affordability could accelerate the migratory trends that the COVID-19 pandemic started, as residents in high cost, high tax states who can now work from home look for less expensive places to live.”

Four in 10 counties require annual wages of more than $75,000 to afford typical home

Amid the downward affordability trend, annual wages of more than $75,000 are now needed to pay for major costs on the median-priced home purchased during the second quarter of 2022 in 232, or 40 percent, of the 575 markets in the report.

Homeownership less affordable than historic averages in nearly all counties

Historic affordability nationwide has declined for the sixth quarter in row to the worst level since the second quarter of 2007, near the end of the last housing-market boom.

Counties with the worst affordability indexes in the second quarter of 2022 are Clayton County, GA (outside Atlanta) (index of 47); Canyon County, ID (outside Boise) (48); Rankin County (Jackson), MS (48); Maury County, TN (outside Nashville) (49) and Pinal County, AZ (outside Phoenix) (49).

Only 3 percent of markets are more affordable than historic averages

The ATTOM U.S. Home Affordability Index analyzed median home prices derived from publicly recorded sales deed data collected by ATTOM and average wage data from the U.S. Bureau of Labor Statistics in 575 U.S. counties with a combined population of 254.1 million during the second quarter of 2022. The affordability index is based on the percentage of average wages needed to pay for major expenses on a median-priced home with a 30-year fixed-rate mortgage and a 20 percent down payment. Those expenses include property taxes, home insurance, mortgage payments and mortgage insurance. Average 30-year fixed interest rates from the Freddie Mac Primary Mortgage Market Survey were used to calculate monthly house payments.

The report determined affordability for average wage earners by calculating the amount of income needed for major home ownership expenses on a median-priced home, assuming a loan of 80 percent of the purchase price and a 28 percent maximum “front-end” debt-to-income ratio. For example, the nationwide median home price of $349,000 in the second quarter of 2022 requires an annual wage of $76,155, based on a $69,800 down payment, a $279,200 loan and monthly expenses not exceeding the 28 percent barrier — meaning households would not be spending more than 28 percent of their income on mortgage payments, property taxes and insurance. That required income is more than the $67,587 average wage nationwide based on the most recent average weekly wage data available from the Bureau of Labor Statistics, making a median-priced home nationwide unaffordable for average workers.