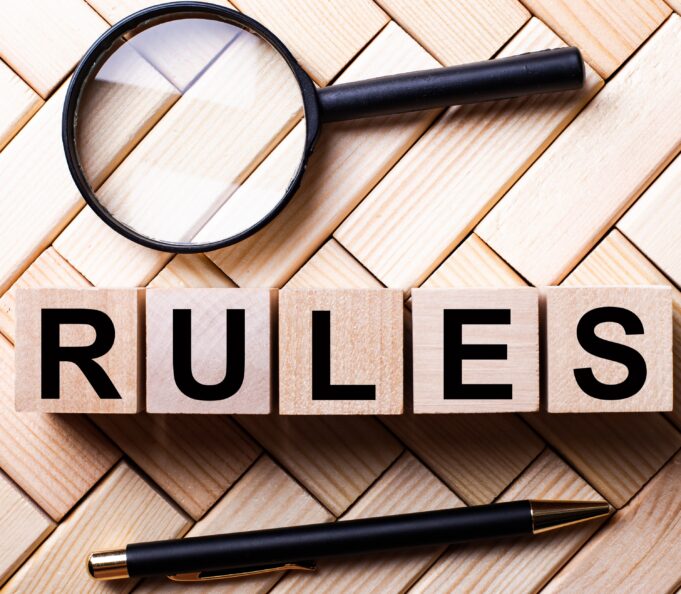 However, good rules also must be enforceable and associations must follow a prescribed rule amendment process. Because rules are amended only by the board, the law requires special procedures to alert members in advance when boards consider a rule change.

1\.  In the first open meeting the board decides to announce a proposed change, the board must give members at least 28 days advance written notice of an upcoming meeting to consider a change, a copy of the verbatim proposed change and a statement as to the purpose and effect of the change.

2\.  At the second board meeting, the board must allow member comments before voting on the proposed rule change.

3\.  If the rule change is adopted, a notice must be announced to members within 15 days after the meeting.

4\.  If the change is controversial, 5% or more of the membership may, within 30 days of notification of a rule change, demand a membership meeting to vote upon its reversal.  If a majority of the quorum votes to overturn the rule change, the board cannot reinstate the overturned rule change for one year.

The law allows for emergency rules if immediate action is necessary to avoid an imminent threat to health, safety or to substantial economic loss.  Boards may pass emergency rules for up to 120 days but they cannot be renewed.

-Discuss the rule.  If the rule change is too complicated to draft during the board meeting, then delegate someone (the HOA’s attorney?) to draft language for consideration at the next meeting to consider publication of the proposed change. Don’t rush – good rules adopted slowly are better than poor rules quickly approved.

-Listen to the members.  The process’ open forum aspect is important.  Listen.  If significant opposition to the rule arises, more consideration should be given.  Can the proposed change perhaps be improved?  Is the board unexpectedly upsetting homeowners so that an overturn vote is all but certain? Such rule changes might not be in the best interests of neighborhood relations, even though it may have originally seemed like a good idea.

-Don’t rush past member objections.  Perhaps after further study/discussion/modification, the proposed change can be republished to members again later.

-If the change is adopted, announce it promptly.  Don’t wait to send it with the draft meeting minutes — the secretary has 30 days for the draft minutes, while this announcement must be made within 15 days.

Perfection is not required.  Per Civil 4350(d), if the board acts in good faith and in substantial compliance with the procedures, the rule should be valid.

The law, while potentially frustrating, adds transparency and deliberation to the rule-making process. The hoped-for results are better and less divisive rules — and more harmonious communities.

Developers Of Build-To-Rent Single-Family Pushing Back On Opposition

HOA Homefront: Does your HOA have all 5 required rule sets?

Developers Of Build-To-Rent Single-Family Pushing Back On Opposition

HOA Homefront: Does your HOA have all 5 required rule sets?

Thank you to the City of South Fulton for a successful...