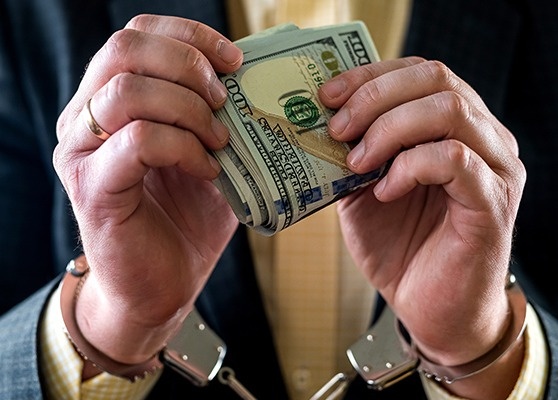 Five current and former board members have been arrested for theft and racketeering in a Florida community. On Tuesday afternoon, Miami-Dade State Attorney Katherine Fernandez Rundle announced the arrests at a press conference.

According to Fernandez Rundle, the arrested individuals had been financially benefitting from the homeowners association, along with their relatives and the businesses of their relatives. Authorities took them into custody on the same day.

MIAMI-DADE HOA BOARD MEMBERS ARRESTED
Among those arrested was 52-year-old Monica Ghilardi, the president of the HOA board. Ghilardi faces seven charges, including grand theft and racketeering. She had a bond of $575,000.

Jose Gonzalez, who is Gallego’s husband, also faces charges, though significantly lower than those of his wife. The 45-year-old Gonzalez faces four charges including money laundering and racketeering. He had a bond of $630,000.

Gallego had already been arrested the year prior. She and her husband have allegedly been using the association’s funds to pay for their personal expenses. They have also allegedly received more than $2 million as a vendor through the five shell businesses they own.

Two other board members, 76-year-old Myriam Rodgers and 47-year-old Yoleidis Lopez, were also among those arrested. Rodgers faces seven charges of grand theft and racketeering with a bond set at $580,000. Meanwhile, Lopez faces one charge of grand theft with a bond of $10,000.

MONTHS IN THE MAKING
The HOA is rather large, managing about 40 communities with over 6,500 units. In fact, it is one of the largest HOAs in Florida.

In March, residents of the community took legal action against the HOA after a 400% increase in their fees. They first attempted to take action through the election. But, when that didn’t pan out, they decided to take the matter to court.

According to the HOA’s lawyer, the drastic increase in HOA fees was due because the association hadn’t raised its fees in 7 years. Residents, however, felt that the increase was unnecessary. It has even caused many residents of the Hammocks community to move away.

According to Fernandez Rundle, there may be more suspects involved but have yet to be arrested.
The post Board Members Arrested For Theft In Florida HOA Community appeared first on Hoa Management .com.

Written by | Shared from HOA Management