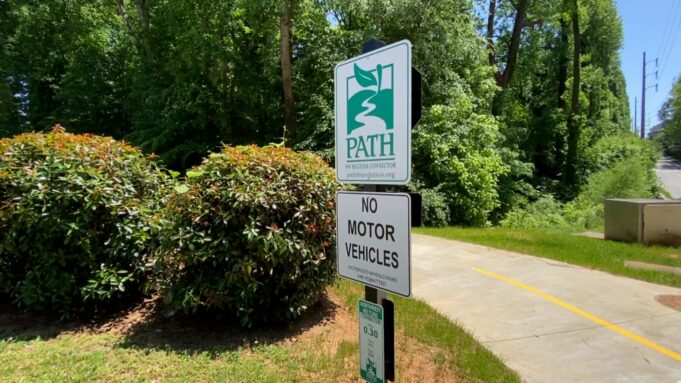 BUCKHEAD, Ga. (CW69 News at 10) — Plans to complete a stretch of the Atlanta BeltLine through the Buckhead area are drawing mixed reactions from residents. This comes after more than a dozen neighborhood meetings where BeltLine officials received feedback on the proposed plans.

Several neighbors in the Buckhead area, which includes Collier Hills, are excited about plans for the Beltline to pass through their neighborhood.

“It’s fantastic. It brings life and entertainment to the area,” said one resident, Lionel Zajde, one resident along the route of the BeltLine. “That’s why we moved to Collier Hills.”

Collier Hills is one of the areas in the path of the BeltLine’s proposed Northwest Trail, part of the envisioned 22-mile loop around parts of in-town Atlanta.

“I’m a big supporter of the BeltLine. I think that it’s been a great thing for the City of Atlanta, and I think it brings more diverse people together, and it makes it more walkable,” she said.

While the association has taken a neutral stance on the issue, not everyone is on board with the plans.

“We polled around 150 different residents, and about 60% were in favor, about 40% were not. Those living on the streets that were going to be affected, they were 60% against the BeltLine,” Izard said referencing 60% of neighbors living along Norfleet Road, Springlake Drive, Collier Lane, and Ellsworth Drive. “People were worried a little bit about traffic, the security in the area, and then just the ecological aspects of our parks.”

Original plans for the overall Beltline included using abandoned or barely used rail corridors, but the Northwest section does not have any, which further complicates the plans. Beltline officials are looking at several proposed routes.

“We just hope that the Beltline would work with us to make sure that what happens is good for our community,” Izard said.

Atlanta Beltline President and CEO Clyde Higgs issued a statement saying, “We have a multi-generational opportunity to guide the thoughtful and equitable connectivity of more than 45 neighborhoods in the City of Atlanta. We’ve been listening, and will continue to listen, to residents and businesses as we design the Northwest Trail and build out the full 22-mile multi-use trail loop.”

At a community meeting on Thursday, BeltLine officials said they will share a prioritized list of routes for the proposed trail.