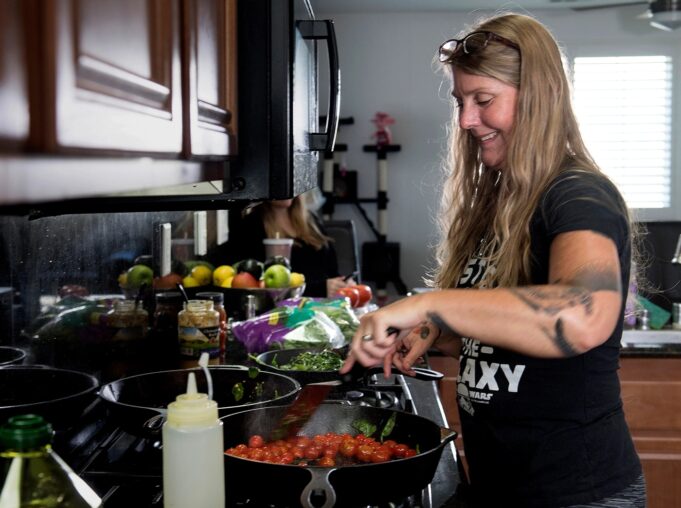 As the pandemic kept more people at home and out of work (especially in the restaurant industry), California is considering legislation that could make it much easier to start a business selling homemade food.

Almost a decade ago, California enacted a “cottage food” law, which lets residents sell shelf-stable products made at home, like breads, cakes, chips, churros, donuts, jams, and jellies (but not salsa or anything pickled, fermented, or requiring refrigeration). Instead of having to rent out commercial kitchen space, aspiring bakers could now turn their own kitchen into a business incubator.

Cottage food has been immensely popular. Just one year after the law took effect in 2013, California had already approved at least 1,200 cottage food businesses. According to a new report by the Institute for Justice, Baking Bad, that number has almost quadrupled in the years since.

Then in 2019, California added an entirely new way to sell homemade food legally through the Microenterprise Home Kitchen Operations Act. Now California is one of just four states that let people sell home-cooked meals made with beef, pork, and other meat products—a significantly wider array of products than cottage food. The Act can also massively reduce start-up costs. Rather than shell out an average of $275,000 to open a brick-and-mortar restaurant, an aspiring restaurateur can spend as little as $740 to start a microenterprise home kitchen operation.

The Act should have been a landmark law. Unfortunately, local health departments lobbied hard against the bill and secured a major concession: Cities and counties must opt into the program and pass their own ordinances authorizing microenterprise home kitchen operations. Today, only seven counties, plus the City of Berkeley, have enacted a MEHKO ordinance. For everywhere else in the state, selling home-cooked meals remains illegal.

As a result, uptake has been sluggish. More than three years after the law took effect, fewer than 150 businesses across the entire state are operating under the microenterprise home kitchen law. In contrast, Orange County alone has more than 600 active cottage food businesses.

Even in municipalities that legalized microenterprise home kitchens, entrepreneurs face stiff restrictions. Home cooking businesses can sell no more than 30 meals a day or 60 meals a week—the only cap of its kind in the nation. All meals must be sold the same day they’re made. In addition, gross annual sales are capped at $50,000 a year. So after costs and taxes are deducted, home chefs will have significantly lower take-home pay. And unlike cottage food businesses, which can sell direct to consumers at a wide variety of venues like farmers’ markets, festivals, and home delivery, microenterprise home kitchens can only sell from home, offering either take-out or dining in.

Pat Bates is the right choice for OC supervisor in District 5: Teresa Hernandez

Fortunately, lawmakers are considering a bill that would eliminate many of these restrictions. If enacted, SB 972 would lift all sales caps for cottage food and microenterprise home kitchens, letting them sell as much as they can. The bill would also let both types of homemade food businesses operate their own food truck, pushcart, or other “mobile food facility,” which can greatly expand their distribution network.

As a corollary, SB 972 would finally let street vendors benefit from the state’s cottage food and microenterprise home kitchen laws, allowing them to prepare food at home instead of at a costly commissary or commercial kitchen. The bill would also streamline outdated equipment and other regulatory requirements that have caused many vendors to be ineligible for permits.

By liberalizing California’s homemade food laws, SB 972 would expand economic opportunity and upward mobility. After all, regulations shouldn’t be hard to stomach.

Nick Sibilla is a legislative analyst at the Institute for Justice and the author of IJ’s Baking Bad report.

Rental Bathrooms: Should You Recast or Refinish?