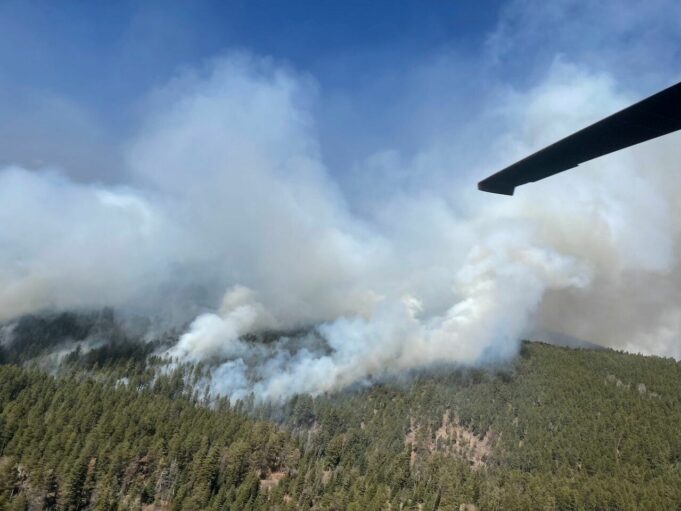 The blaze burning near the community of Las Vegas in northeastern New Mexico is the biggest wildfire in the U.S. and has charred more than 188 square miles (487 square kilometers). Fire officials said they expect it to keep growing.

“Winds are changing constantly and those, combined with low humidity and high temperatures keep the fire spreading at dangerous speeds and in different directions,” fire officials warned in an overnight update about the fire. “Over the next two weeks, the majority of our days are listed as red flag days, with high winds, which will continue to make suppression efforts difficult.”

The fire has been fanned by an extended period of hot, dry and windy conditions and ballooned in size Sunday, prompting authorities to issue new evacuation orders for parts of Las Vegas, population about 13,000, the small town of Mora and other villages.

Officials have said the fire has damaged or destroyed 172 homes and at least 116 structures. It merged last week with another blaze that was sparked in early April when a prescribed fire set by fire firefighters to clear brush and small trees that can serve as fire fuel escaped containment. The cause of the other fire is still under investigation.

A separate fire burning in the mountains near Los Alamos National Laboratory also prompted more evacuations over the weekend. It has reached the burn scars of wildfires that blackened the region a decade ago when New Mexico had one of its worst and most destructive seasons on record.

Nearly 3,000 wildland firefighters are battling blazes around the U.S., with about one-third of those assigned to the largest fire burning in New Mexico.