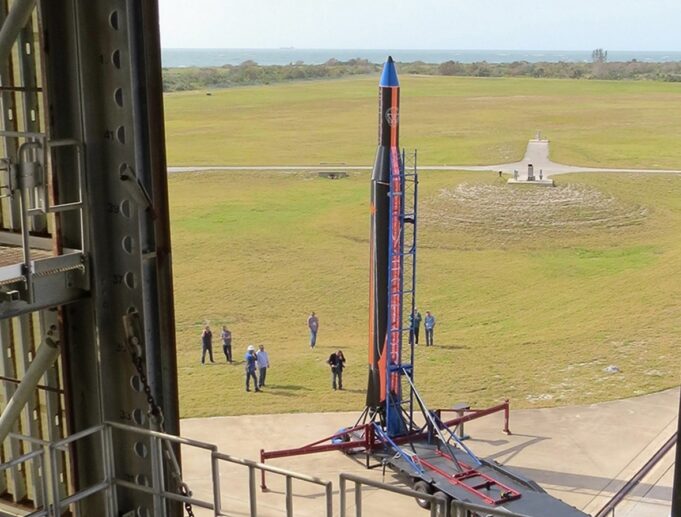 Written By Etter Rebecca |  3,516 petitions forced a special election to determine the fate of the proposed commercial launch site in Camden County.
Camden County will hold a special election March 8 to determine the fate of the proposed Spaceport Camden.  Probate Judge Robert C. Sweatt Jr. on Tuesday issued an order verifying the referendum was warranted by a petition filed in December and signed by at least 10 percent of the county’s registered voters, as required by the Georgia Constitution.  “The Court finds that 3,516 valid petition signatures have been submitted and verified by the Court meeting the threshold set forth in Article IX, Section II, Paragraph I of the Georgia Constitution ,” the order reads.
The threshold was 3,482 valid voter signatures.  As requested by the petition, a single question will be put to voters at the March 8 special election:  “Shall the resolutions of the Board of Commissioners of Camden County, Georgia authorizing the Option Contract with Union Carbide Corporation and Camden County’s right and option to purchase the property described therein be repealed.”
Camden has spent over six years and $10 million to develop a commercial spaceport from which small rockets would launch vertically up to 12 times per year. The Federal Aviation Administration approved a site operator’s license for the county in December, but the license is conditioned on the county purchasing the Union Carbide property. The former industrial site is so polluted that an environmental covenant on it prohibits any residential uses or use of groundwater for drinking.
Judge Sweatt’s order came after a hearing in Superior Court Tuesday morning regarding the issuance of an injunction to block the property purchase and a request by the county to force the spaceport opponents to post a $20 million bond to protect the county’s interests. Judge Stephen Scarlett did not immediately issue an order in that case.
“The residents have broken through the blockade the county has put up when it comes to public input about the spaceport,” wrote Megan Desrosiers, executive director of One Hundred Miles, which helped organize the signature collection. “Now it’s time to show up and vote!”
Camden residents Jim Goodman and Paul Harris filed the petition on behalf of all the signers. Goodman was certain they had “overwhelmed” the petition requirement, but delighted to hear it made official.  “It’s a great day in Camden County, probably the first one in a long time,” he said. “And I will do what I can to see us have many more.”  Longtime spaceport critic Steve Weinkle is focused on getting his message out for what he hopes is the last month.  “We’re going to make sure that every voter in Camden County knows that taxpayers should not own the contaminated Union Carbide property for any purpose,” he said.
Camden County Commission Chairman Gary Blount will be getting the opposite message out.  “Camden County voters have a very simple choice ahead of them.” he wrote in an email. “Do they want to surrender the recently awarded FAA license for Spaceport Camden and the economic opportunity that accrues from this $450 billion industry?  Or, do county residents want a diversified economy, increased STEM opportunities for students and new high paying jobs?”
Photo courtesy of Spaceport Camden. This story was provided by WABE content partner The Current.
See also  We The Communities