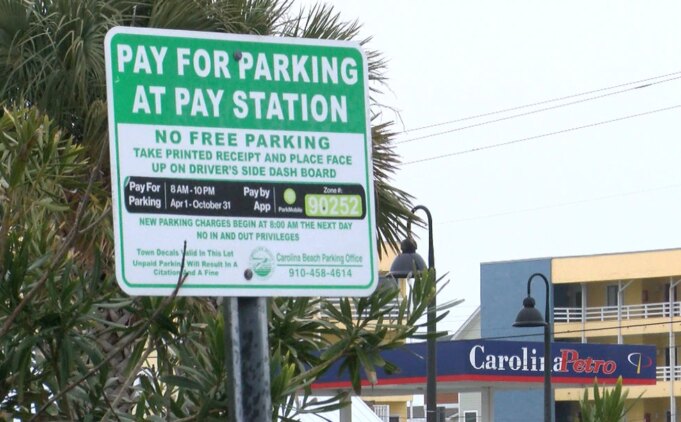 CAROLINA BEACH, NC (WWAY) — The Carolina Beach Town Council met on Tuesday night and people had a lot to say during public comment, but it wasn’t about anything on the agenda. Business owners, residents, and island employees spoke out at the meeting, taking a stand against the new year-round paid parking policy that’s set to take effect in November.

David Cole owns Hurricane Alley’s along the boardwalk. He says staying afloat in the off-season is hard enough with free parking.

“Right now this past January we’re already down 22-percent off last January. I think it’s from people hearing the news thinking it’s already passed,” Cole said. “So if it goes down, even more, there’s really no need to open in the winter, but I don’t want to lose my employees and that’s the main reason I stay open, it’s for them.”

Cole is not only concerned by the potential impact but the vote itself. It took place during a morning workshop in late November.

“The day that they voted for this no one could ask any questions. It was voted on in between the old council leaving and the new council coming in just ten days after the election,” Cole said.

Shortly after the vote, a petition was started . It has since garnered more than 3,000 signatures of people who want to see the council revisit the issue. Along with many others, Jeff Hogan, who serves as the town’s chair of the marketing advisory committee, has concerns for the businesses in the off-season.

“The biggest complaint we hear from our advertising agencies is you don’t have enough businesses that stay open in the wintertime to attract people,” Hogan said during public comment. “My personal feeling is that this parking situation is going to have less and less businesses be open in the winter because we all struggle.”

“Kure and Monkey Junction. The people that we’ve embraced to be a part of Carolina Beach to support us and our businesses, and now we’re kind of like…meh we didn’t really mean it,” Stevens said.

Danny McLaughlin, the owner of the Fat Pelican, says the profit the town could make would be at the expense of the small businesses.

“To get a cup of coffee at the coffee shop next to my place, it’s gonna cost you $2 more to get out of your car to get that cup of coffee. Is that fair for that small coffee shop that is privately owned and has been here for years? Hell no,” McLaughlin said.

The council did not make a decision on whether or not to revisit the policy at Tuesday’s meeting and no council members wanted to share a comment on the matter at this time.