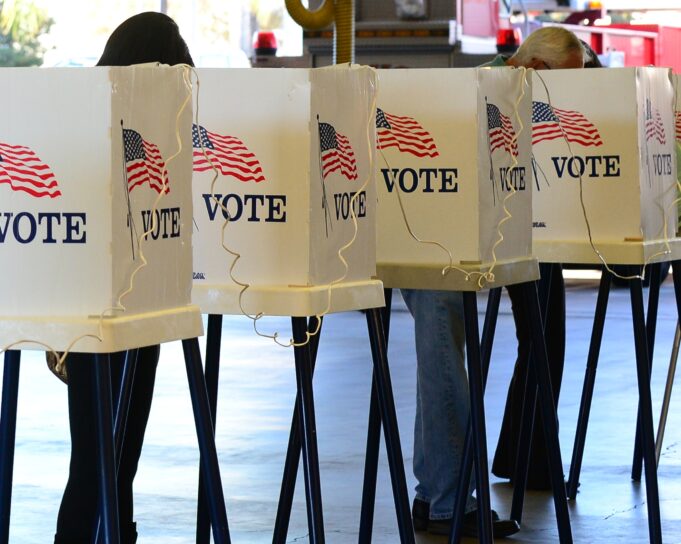 Written by Lacy Crawford, Jr   | ( Washington, DC ) — The Board of Commissioners of San Juan County, New Mexico adopted a redistricting plan that denies San Juan County’s Navajo Nation citizens and other Indigenous voters an equal opportunity to participate in the political process and to elect representatives of their choice in violation of Section 2 of the Voting Rights Act, according to a lawsuit filed Thursday by civil rights advocates against the county.

According to the suit , the Board of Commissioners’ recently-adopted map severely packs Indigenous voters into one of the five districts, effectively depriving them of an equal opportunity to elect candidates of their choice in the other four districts despite them constituting almost 40 percent of the county’s total population. The Board of Commissioners adopted this map over the express objection of the Navajo Nation, Navajo Nation citizen residents of San Juan County, and the ACLU of New Mexico, and despite the Navajo Nation Human Rights Commission submitting a proposed map that more evenly distributed the Indigenous population across two districts while also better complying with other redistricting criteria than the adopted map.

While San Juan County’s total population decreased between 2010 and 2020, its Indigenous population increased such that Indigenous people–over 90 percent of whom are citizens of the Navajo Nation–now constitute the largest racial or ethnic group in the county.

The lawsuit requests that the court order the implementation of a new districting plan for the San Juan County Board of Commissioners that complies with Section 2 of the Voting Rights Act by creating two districts in which Indigenous voters have an equal opportunity to elect representatives of their choice.

See also  Get Informed With The National Alliance Against Home Repair Fraud!

Plaintiff LoRenzo C. Bates : “It’s time we see equal and equitable representation in the county government that reflects the changing population demographics for the next ten years. Native Americans request San Juan County to provide an opportunity for the election of a candidate of our choice.”

“The Voting Rights Act was designed to prevent exactly this kind of egregious dilution of the voting power of communities of color,” said Ezra Rosenberg , co-director of the Voting Rights Project of the Lawyers’ Committee for Civil Rights Under Law . “San Juan County has a legal duty to ensure that all voters have an equal opportunity to elect candidates of their choice. Instead, they have attempted to do the opposite, and this plan must be struck down.”

“The sovereignty and voting rights of the Navajo people must be respected by local and county governments. The San Juan County Commission chose a map that will significantly divide and lessen the voting power of the largest Sovereign Nation in the United States. The Navajo Nation believes the commissioners have disenfranchised the Native American vote in District 2 and this action does not allow the people to select a leader of their choice. We will fight to protect the vote of thousands of Indigenous people in northern New Mexico at all costs,”said Speaker Seth Damon (Bááhaalí, Chichiltah, Manuelito, Red Rock, Rock Springs, Tséyatoh).

“The fight to ensure the voting rights of all Americans is taking place in county and state courthouses all across the nation. In San Juan County, the Native American population must have their right to vote and to meaningfully choose candidates that represent their community’s needs protected from the Board of Commissioners’ dilutive districting plan,” said Bernadette Reyes, UCLA Voting Rights Projects staff attorney .

“The current redistricting map adopted by San Juan County repeats the long and shameful history of disenfranchising Indigenous communities,” said Preston Sanchez, ACLU of New Mexico’s Indigenous Justice Attorney . “The County is obligated under law to ensure that the redistricting process results in Indigenous voters having adequate legislative representation by candidates of their choice. The ACLU of New Mexico will continue to fight any plan that violates the laws, practices and procedures intended to protect the rights of Indigenous voters.”