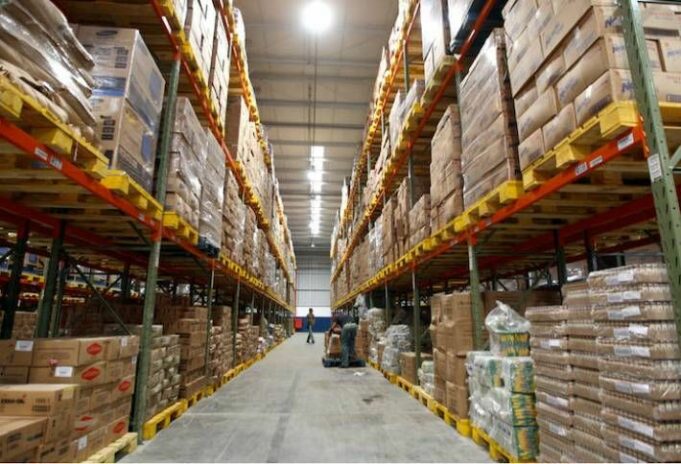 The council of the Inland Empire city of Norco, California, will discuss Wednesday night whether to enact a 45-day moratorium on warehouse development, making it the latest municipality to consider such a move as the need for industrial space near the country’s largest port metastasizes.

If approved, the ban would go into effect immediately. Norco would be one of at least four cities in the region, which has less than a 1% industrial vacancy rate, with an active ban on new warehouse projects and one of eight to have enacted a moratorium in the last two years.

In neighboring Los Angeles County, the city of Pomona will decide this week whether to extend its 45-day ban on warehouse projects, set in July, to more than 10 months, Bloomberg reported.

The rise of e-commerce over the first two years of the pandemic made headlines, but warehouses have been a mainstay in the Inland Empire for years, due to its proximity to the Port of Los Angeles.

That’s part of the problem: Opponents to new warehouse development point to the cumulative effects of that industry on residents.

The Inland Empire had about 160 distribution centers in the 1970s, a number that grew to 4,300 as of 2021, according to research from Pitzer College cited by Bloomberg. With 33M SF of industrial space under construction, it is the third-most-active construction market in the country.

“They’re paying for the goods that the rest of the country needs,” Susan Phillips, director of the Robert Redford Conservancy for Southern California Sustainability at Pitzer College, told Bloomberg.

The cities of Jurupa Valley, Colton and Redlands have moratoriums in place that are slated to end between the end of this year and next. Jurupa Valley’s rules limit distribution warehouse construction to two parts of the city. Separate regulations limit where “truck-intensive businesses” like truck storage can operate in the city. Redlands’ moratorium began as a temporary one, but it was extended in July for an additional 90 days.

Several other cities put temporary moratoriums in place that have since expired. The rationale for many of these short- and longer-term bans, city leaders say, is often buying time to study the impacts of these developments on communities.

See also  Multiple Offers on Your Home? ‘Highest and Best’ Will Tell You Who Wants it Most

These bans come at a crucial time for the industrial market in the Inland Empire, but short-term moratoriums are unlikely to have long-term effects, according to Newmark Vice President of Southern California Research Dain Fedora. Forty-five days is a short period of time relative to industrial development cycles, he said.

“While the moratoriums could create minor hesitancy to build new product in the market’s core, basin cities, industrial developers are increasingly more focused on navigating entitlement processes as city officials work to maintain balance in communities where industrial and residential spaces coexist,” Fedora said in an email to Bisnow Wednesday.

However, the bans could push industrial activity into new markets like Victorville, Cherry Valley and the Coachella Valley, helped along by rising land prices and decreasing availability in historic industrial markets, Fedora said.

So far, California is the only state where industrial development bans are taking effect, although other warehouse-heavy areas are considering them, Newmark Director of National Industrial Research Lisa DeNight said.

“Moratoriums on warehouse development have not yet materialized in other major markets like they have in California,” she said via email. “New Jersey has recently introduced legislation to limit warehouse development; however, nothing has yet been passed into law. However, the market should still consider community feedback around continued warehouse development, in major and emerging markets alike.”

Real estate industry proponents are skeptical about the effectiveness of the moratoriums to address the situation.

What concerns him most about these moratoriums is not only the potential economic impact they have, but also the view of the logistics and warehouse industry, including the physical spaces themselves, that is reflected in staff reports that back up the need for these bans.

“A lot of these reports that are developed by the staff there mischaracterize the impact of the industry,” Jemal said, pointing to frequent complaints about truck traffic to and from warehouses.

It falls to developers to address these views head-on, providing information on the positive economic impacts of warehouses and the industry they support, such as the jobs they create and the taxes they generate, Jemal said.

This is the approach NAIOP took in opposing AB 2840, a state bill put forth by an Inland Empire assembly member that, as amended, would have required a 1,000-foot buffer between warehouses of 100K SF or more and schools or residences.

Originally set to apply statewide, the bill was “specifically tailored to Riverside and San Bernardino counties, given the proliferation of warehouses that we’ve seen in the Inland Empire and the dubious status as having some of the poorest air quality in the country,” the bill’s author, Assembly Member Eloise Gómez Reyes, said in a statement posted on her social media.

Reyes, whose district includes the Inland Empire cities of Rialto, Colton, San Bernardino and Bloomington, announced earlier this summer that she was going to hold the bill in committee. It is not likely to advance this year.

Reyes also noted that the intention of her bill was not to stop development.

“We did not move forward today despite offers to put in place a moratorium on warehouse development in San Bernardino and Riverside counties for a full year,” Reyes said in her statement. “I decided not to accept this proposed amendment … because I am looking for true solutions for those most harmed.”