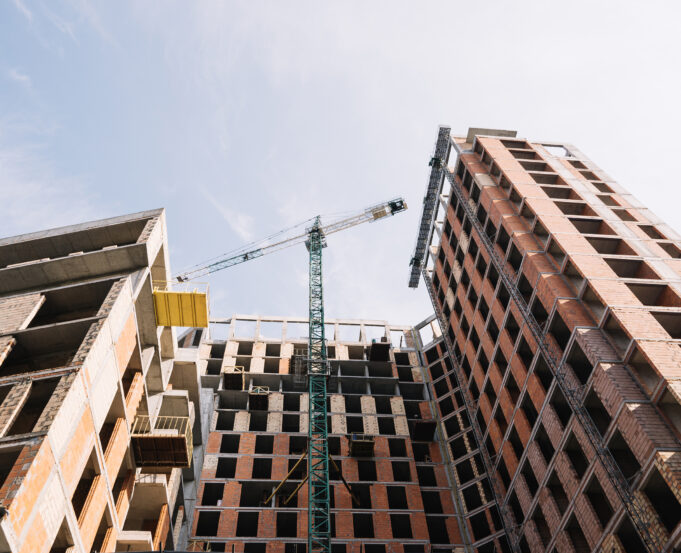 Investors who specialize in “deconverting” condo properties back into rentals are finding opportunity in places like Chicago and Arizona. But the deals take patience and fortitude.

It opened as an apartment building in 1983 and went through a conversion to condominiums in 2005 amid a booming condo market. Now, it’s on the cusp of becoming a rental property once again. But the process has not been easy or quick.

Strategic Properties of North America, an investment firm based in Lakewood, New Jersey, has agreed to pay $190 million for the 467-unit high-rise just three blocks west of the Magnificent Mile. But Strategic has faced opposition every step of the way from a small but vocal group of Ontario Place owners who say they’re being treated unfairly. The owners have gone to court to block the deal.

Welcome to a corner of the real estate market for investors with a high pain threshold: condo deconversions. In the post condo-bust era, condo-to-apartment deals have emerged as a popular investment strategy in places like Florida, Texas, Arizona, and especially Chicago. It’s a kind of housing arbitrage: In markets with rising multifamily values and stagnant condo values, investors can profit by buying up entire condo buildings and turning them back into rentals.

But deconversions aren’t for the faint of heart. Instead of buying from one seller, an investor like Strategic must deal with dozens or even hundreds of condo owners, many with different priorities and price expectations. In many states, owners of about 80 percent of a condo property must vote in favor of a bulk sale for a condo association to approve it. That’s a high bar.

“They are very time-consuming and difficult deals to put together,” says Ron DeVries, senior managing director in the Chicago office of Integra Realty Resources, an appraisal and consulting firm.

Within a building, condo deconversions can have a polarizing effect, sparking bitter battles between owners who support a sale and those who don’t. Many condo owners are happy to cash out, considering that an investor in a bulk sale typically will offer a higher price for each unit than it would fetch in an individual sale. Strategic’s price for Ontario Place represents a 33 percent premium over a June 2021 appraised value of the building as a condo property.

But many owners refuse to sell, sometimes even regardless of price, worried they won’t be able to find an acceptable place to live nearby after they move out. And lawmakers are coming to their side in places like Chicago and Arizona, proposing legislation that makes it even harder to pull off a bulk condo deal. Jeff Weninger, a member of the Arizona House of Representatives, is pushing a bill that would require owners of 100 percent of a condo property to disband a condo association, up from 80 percent now.

“Fundamentally, I’m just trying to stop people from getting kicked out of their homes and getting their homes taken from them without their consent,” says Jeff Weninger, who represents the Phoenix suburb of Chandler.

Weninger introduced his bill in response to investors like Doug Fisher. Fisher’s firm, Chicago-based Rockwell Property, specializes in buying up failed condo projects and reconstituting them as rental properties. Rockwell typically seeks developments caught by the condo crash that never sold out. Stuck with a whole bunch of unsold units, the developers hung on to them, rented them out and eventually sold them to firms like Rockwell. In 2019, Rockwell paid nearly $33 million for 192 of the 360 units in the Citi on Camelback condo complex in Phoenix. It’s in the process of buying up the remaining condos but is facing resistance—and some negative publicity.

Fisher opposes Weninger’s bill, saying deconversions solve a problem facing many condo properties, especially those with a mix of units occupied by their owners and rented units owned by investors. The properties tend to be poorly managed and maintained, he says. Condos in a building with a lot of rentals also can be hard to finance with a mortgage, depressing condo values, he says.

Owners in properties with low values and expensive building improvement costs looming on the horizon, are often more than willing to sell for a premium to a firm like Rockwell. Fisher contends it’s unfair and undemocratic to raise the Arizona vote requirement to 100 percent, which would block deals supported by a supermajority of owners.

“You’re basically giving one person a veto,” he says.

Rockwell was able to pull off the biggest deconversion in its backyard earlier this year in the Chicago suburb of Glendale Heights. The firm reassembled a 1,155-unit residential property that had been partially converted to condos before the bust. In three separate transactions starting in 2013, Rockwell took over the complex, investing a total of $76 million, including capital improvements. It was rewarded handsomely, selling the property, called Ellyn Crossing, in January for $137 million.

In Illinois, owners of at least 75 percent of a condo property must approve a bulk sale. Responding to concerns about owners being displaced, the Chicago City Council in 2019 raised the threshold to 85 percent for properties in the city.

Though it took two votes and a sweetened offer, the sale of Ontario Place passed last September with 89.8 percent of the building’s ownership approving the deal. At $190 million, it would be the biggest deconversion in the Chicago area—and possibly the entire country.

But opponents of the sale haven’t given up. A group of dissident owners unsuccessfully sued the Ontario Place condo board in Illinois over the sale in 2020. The group also filed a similar suit in U.S. District Court in California, with a ruling expected later this spring.

Meantime, the Ontario Place condo board and Strategic are moving toward a mid-April closing date for the transaction, which could be extended, says the board’s attorney, Howard Dakoff, a partner at Chicago-based Levenfeld Pearlstein.

Deconversions, which caught on several years ago, likely will continue in markets if the disparity between apartment and condo values remains wide enough for investors to profit. Another factor that could give the trend some momentum: the aging of condo buildings. Many built in the 1950s, ‘60s, and ‘70s are reaching the end of their useful lives, with condo associations considering special assessments to cover repairs in the millions of dollars, says Bob Diamond, senior counsel at Reed Smith, a Pittsburgh-based law firm. That could drive some properties into the arms of deconversion specialists like Rockwell and Strategic.

“When you take the special assessment into account, selling out is a whole lot better than paying for repairs,” Diamond says. “When it will happen, I can’t tell you, but it’s going to happen.”

At some properties, however, it probably won’t happen without a fight.

Nearly a third of Gen Z is living at home, where they plan to stay

Housing Cost Crisis? On-site U.S. workers struggle to find a way to pay, unlike those who work from home

This Residential Sector Is Poised To Be Rid Of An Ugly Stereotype — And...

Forget Something? Americans Have Left More Than $1 Trillion Sitting in...