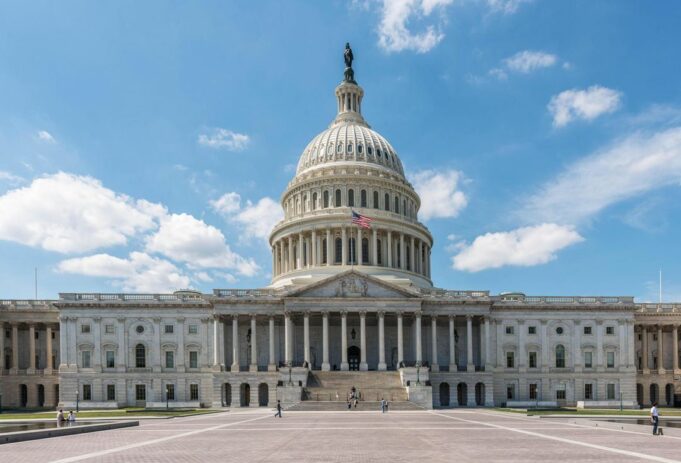 In a rare weekend session, the U.S. Senate passed its landmark $430B Inflation Reduction Act of 2022, leaving out the carried interest tax hike and drawing a sigh of relief from real estate investors nationwide.

The bill passed with a 51-50 party line vote with Vice President Kamala Harris acting as the tie-breaking vote.

Reactions to the nixing of the carried interest tax hike were positive with some arguing that killing the perk would have put up further roadblocks to housing development.

“The carried interest provision would have been a disincentive to investment in real estate particularly in housing,” Real Estate Roundtable CEO Jeff DeBoer said. “It would have discouraged capital coming into the industry at a time when lenders and the capital markets are already tightening.”

However, she added a 1% excise tax provision that is estimated to bring in around $74B and she, along with three other western colleagues, called for $4B in drought resiliency.

Although the carried interest loophole is safe, real estate leaders are pivoting their attention to other provisions in the bill that might impact the industry.

That includes an increase to the corporate tax minimum, which is proposed to bring in 40% of the new revenue to fund the bill, which will now make its way to the House. Sinema also pushed to add an exemption for depreciation tax deductions, which allows property owners to recover costs from taxes of buying and improving rental property.

Goulston & Storrs tax attorney Abraham Leitner said the added exemption might be another big win for real estate investors, though some real estate entities might not be so lucky.

“Tax on stock buybacks could potentially affect REITs. I think that some REITs have taken advantage of distributions in excess of basis that are dividends,” Leitner said. “We have to see what the legislation actually says but many REITs do make distributions that are not dividends and it will be curious to see if the tax is going to hit those.”

Senators also included $5B in funding to drive emission reduction in the next decade. The provision would pour funding into greener affordable housing and construction that would create fewer carbon emissions.

“Those provisions could be stronger and could be more robust, but they are nonetheless positive incentives to be more energy-efficient in the types of equipment and technologies that people use in buildings,” DeBoer said.

The Inflation Reduction Act is being called the largest spending bill ever to tackle global warming issues, and it aims to provide support for entities working toward the country’s goal to reduce carbon emissions by 40% by 2030.

Though the carried interest tax hike won’t be a concern for investors in the short term, some professionals believe that the conversation is nowhere close to an end. Killing carried interest re-emerges as a topic of hot debate every few years, notably when it was proposed in 2017 under the Tax Cuts and Jobs Act.

“It’s clearly an issue that’s been discussed for well over a decade at this point,” National Multi Housing Council Tax Vice President Matthew Berger said. “It has its proponents and it’s our job to educate policymakers and the policy world at large about the pernicious impact it would have if it were enacted on our industry’s ability to develop housing that this country so desperately needs.”