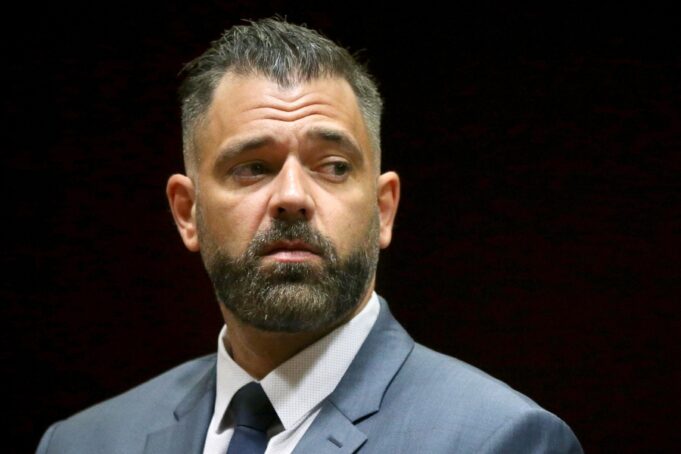 A New Jersey man who made up a story about a homeless veteran helping out his then-girlfriend and used the tale to solicit $400,000 in online donations has been sentenced to prison.

A judge in Burlington County sentenced Mark D’Amico to five years in state prison on Friday. He also pleaded guilty to separate federal charges , and his sentences will run concurrently.

D’Amico admitted concocting the feel-good tale in 2017 about Johnny Bobbitt Jr. giving $20 to help Katelyn McClure when her car ran out of gas in Philadelphia.

Prosecutors say the three had met previously and cooked up the scheme. McClure and Bobbitt also have pleaded guilty.

The scam eventually raised more than $400,000 in donations in the space of a month, according to investigators, who said almost no part of the tale was true and that instead, the group met near a Philadelphia casino in October 2017 shortly before they told their story.

Authorities began investigating after Bobbitt sued the couple, accusing them of not giving him the money. The federal criminal complaint alleged all of the money raised in the campaign was spent by March 2018, with large chunks spent by McClure and D’Amico on a recreational vehicle, a BMW, and trips to casinos in Las Vegas and New Jersey.