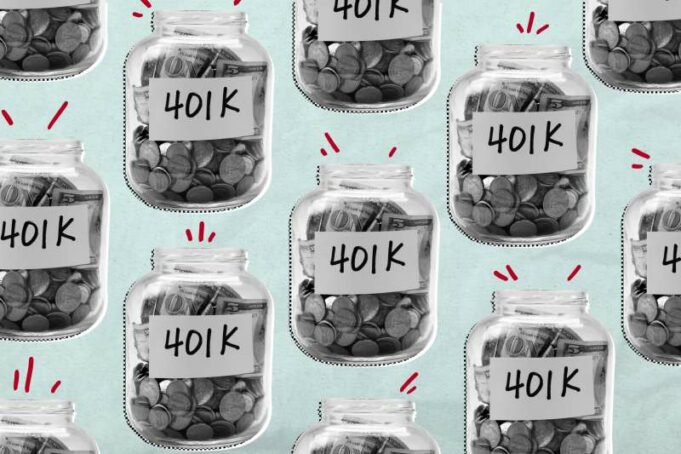 Saving for retirement is a challenge nowadays, as lifetime employment and pensions have largely disappeared from the workplace.
You’ll change jobs around 12 times throughout your adult life if you’re like the average worker in the U.S. With any luck, some of those jobs will come with employer-sponsored retirement plans. If you’ve struggled to keep tabs on your old 401(k)s, you’re not alone.
By the end of this year, Americans will have nearly $1.35 trillion left behind in retirement accounts that are connected to previous employers, according to a new study. Capitalize, a fintech company that authored the study, found almost a fifth of all the money American workers have in retirement accounts is tied up in old plans. The estimated average size of those old accounts is $55,000.
“It has big implications, we think, for the retirement readiness of an individual as well as the system as a whole,” Gaurav Sharma, CEO of Capitalize says.

Employer-sponsored retirement plans don’t travel with you when you switch jobs, meaning it’s on you to manage those plans during job changes. It can be hectic and confusing.
If you have at least $5,000 in your 401(k), you’ll generally be allowed to leave your money where it is even after you move on to a new job. (If you have less, the plan administrator may force you to withdraw it). If you’re comfortable with your old plan’s fund selection and fees, it might make sense to leave your 401(k) alone — as long as you don’t forget about it. That’s easier said than done as the decades pass and you accumulate more accounts.
You have a few options if you’ve lost track of your old accounts. While there’s no federally run national database where you can look up all the retirement accounts that are associated with your name, the National Registry of Unclaimed Retirement Benefits, run by the retirement benefit processor PenChecks, has an extensive catalogue of retirement accounts that’s updated weekly. You can also contact your old employer or 401(k) plan manager.
Once you’ve gotten a hold of your old accounts, you’ll want to check how much money they have and how your investments are doing. If you’re paying low fees and getting returns that match the market, there may be no reason for you to move the account, at least not right away.
For ease of record-keeping, though, it might be best to roll over your old 401(k)s into your individual retirement account (IRA). That way, your money will be in one place as you approach retirement, and it will be easier for you to manage.
Keep in mind that you can roll different types of retirement plans into one another. So if you worked a non-profit job where you saved in a 403(b), for example, you can roll that over into a 401(k), and all the same rules apply. Check out Money’s guides about how to roll over a 401(k) and how to find out how much you’re paying in 401(k) fees.
Published By Money.com | Written By  Ana Lucia Murillo
See also  Managing Your Association

Grandfathering of Rental Restrictions in Condos and HOA’s

Important tips to keep your heating bills from rising as temperatures fall!

See A Landlord’s Perspective On State & Federal Eviction Bans And...

A Right To Privacy: When Can You Enter A Tenant’s Apartment?