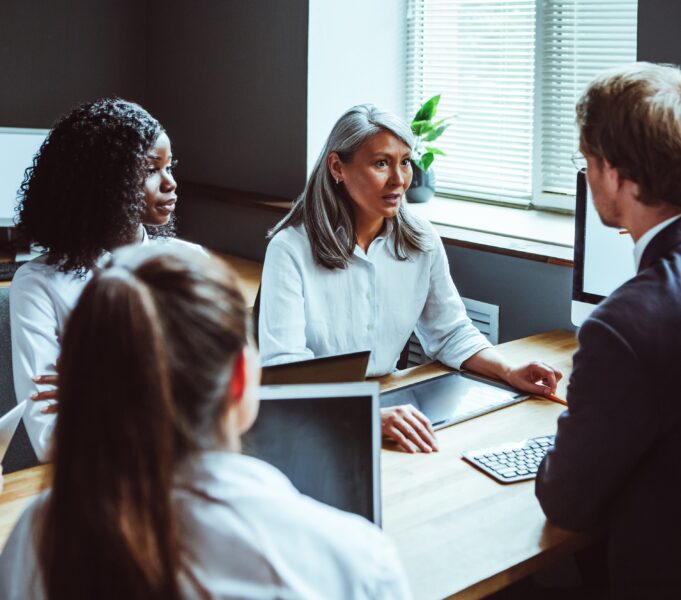 Although the world still struggles with the pandemic, there’s a yearning for a return to normalcy. In many places this has already occurred, while in other places it is still under way. However, our society and our communities have suffered great relational damage. Too many ruptures of the social fabric have occurred.

Consider the divisions which have torn apart cities, communities, and even families in recent years: racial justice issues; an unusually divisive presidential campaign; continuing “red vs. blue” political schisms; fear and isolation caused by the COVID-19 pandemic; divisions over vaccination; and so on. While these are deeply important issues, they pushed us further apart. Two terrible social trends have burgeoned, causing canyons in many communities and even families.

The first is the prevailing unwillingness to listen to anyone who disagrees with us. If we think someone is wrong, the prevalent response is to refuse dialogue with them. The common response is to disconnect – to refuse to hear what the other person has to say, because they are wrong and therefore bad.

The second trend is interpersonal alienation. The impatience and unwillingness to tolerate differing viewpoints has created separation and isolation, worsened by the confinement compelled by health department directives, doctor recommendations, or simply the fear of catching a potentially fatal illness.

These trends have fostered an increasingly unhealthy environment for common interest communities. Board meetings are often more unruly, disagreements are more likely to become hostile, and neighbors refuse cooperation with neighbors. Our communities have become the unhealthy microcosms of a divided nation.

If we want to restore community, we must be realistic. Our HOAs will not return automatically to a healthier culture. It will take planning and sustained action to refocus on what really matters. Being “right” must take a back seat to being neighborly — even with those who disagree.

Thriving common interest communities are groups of neighbors interacting with each other toward a common good. But how can healthy neighborly interaction be restored after the wrenching separations we have experienced?

See also  How to Deal With a Dishonest Tenant!

Managers and boards cannot assume that just doing a “good job” will be enough to restore health to communities. It isn’t reasonable to assume people will automatically return to where we were. Such a healing will require major intentional effort.

This problem will not be eradicated by a single successful HOA community event. Furthermore, the success of HOA events may need to be measured differently for a while.

A long-term strategy is critical for boards and managers to focus on rebuilding the sense of community, with shared key values despite differing opinions and backgrounds. Boards can lead the way by insisting upon civil and respectful behavior, not only in the meeting audience but also around the board table.

HOAs consisting of alienated neighbors who refuse to interact except in battle will suffer, weaken, and keep attorneys busy. But that phenomenon, awful as it sounds, also jeopardizes the most basic advantage of common interest community living. If we have nothing in common, what is left to justify the HOA’s existence?

In recovery programs, one begins the first step toward healing by admitting one has a problem. We’re all part of that problem. Can we now begin working to be part of the recovery? What ideas do you have?

Kelly G. Richardson, Esq. is a Fellow of the College of Community Association Lawyers and Partner of Richardson Ober DeNichilo LLP, a law firm known for community association advice. Past columns at www.HOAHomefront.com .

Tips On Amending A Partnership Agreement!