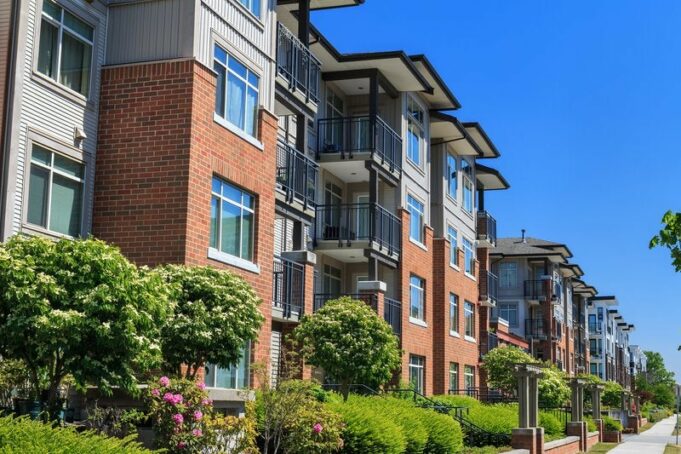 Written By Daniel B. Kline | When you buy a condo, townhome, or even a standalone home in a community with a homeowners’ association (HOA) you take on a special set of challenges. There are, of course, benefits, as communities with an HOA often have shared amenities (think a pool, clubhouse, playgrounds, grills, or other similar thing) but there’s also an added layer of rules.
An HOA can be a major positive in maintaining community standards. It can also be a hassle and change the rules of the game in ways that impact your original investment.

What is an HOA?

A homeowners association can generally be found at condominium properties where the unit owners don’t own the land their units sit on. The land is instead owned by the HOA and each unit owner essentially owns a share in the whole. It’s also possible to find an HOA in communities where the properties are not condos, but where the community instead has shared facilities. In this case, the community might consist of single-family homes but have a shared pool, clubhouses, and/or other amenities. Sometimes there may not even be any shared amenities but the HOA may be responsible for the roads and common areas.
HOAs vary in size and composition but they consist of owners who are elected to fill various roles. There’s no set standard for what those roles are, but think a president, vice president, secretary, and treasurer, possibly along with other members who hold no special position.
An HOA works with a  property management company  to determine a budget and how that money will be spent. In a broad sense, the HOA represents the owners and makes decisions on their behalf. Those decisions could be as minor as agreeing to a modestly budgeted holiday party to bigger matters such as changing the rules on how often units can be rented out over the course of a year or how long someone has to own a property before they can rent it out.
Every HOA has its own charter and governing rules. Some HOAs may need to put larger decisions to an owner vote while others may have powers to make changes without broader consent.

How can an HOA impact you as an owner?

An HOA sets the rules for a particular property, sometimes requiring votes from the rest of the owners and other times on their own. They can make rules that may impact your ability to make money from the property  you buy.
Areas that an HOA can govern outside of the property’s budget and finances include (but are not limited to):
As you can see, an HOA has broad power over areas that might impact your ability to generate income on your property. My wife and I, for example, owned a vacation property in the town we now live in (West Palm Beach). When we moved here full-time we had planned to keep it so friends and family could use it for much of the year.
We planned to rent it out during the peak winter season in order to generate the money to pay our HOA fees and utility costs for the full year. But then the HOA made it so an owner was not allowed to rent the property until he or she had owned it for two full years. Since we had only owned ours for a year we would have not been allowed to rent it out for another year, so we ended up selling it instead.
In this case the HOA wasn’t being malicious. It was making an effort to have more properties owner-occupied because that is a factor mortgage companies use to determine whether they will offer loans for buying properties in specific communities. HOAs also control the budget for your community. In most cases, the actual budget needs to be voted on by owners at large but it is the HOA (with the help of the management company) that puts the options in place. The budget impacts a number of areas including (but not limited to):
As you can see, an HOA wields a lot of power to disrupt your investment. That makes it essential to learn as much as you can before purchasing a condo or property that’s governed by one.

How do you research an HOA?

The biggest problem with buying a property that has an HOA is that their operations are largely secret. In some markets — and it varies — potential buyers can ask for building financials. If you get access to those it will probably be an abridged version but you will want to look at whether the building has cash in reserves or it’s operating essentially paycheck to paycheck.
You can also ask the seller a number of questions. One smart question to ask is what the pattern for HOA fees has been. Do they go up every year? A small increase is nothing to worry about, but larger jumps are. If there was a year where there was a big hike, ask what happened. If that was the year the association added a new amenity — maybe a gym or a pool — then the increase might make sense. If you see a big spike and it’s not attached to a logical reason, that’s a red flag.

In addition, you also want to ask about special assessments. These aren’t uncommon but if they happen regularly that’s a major cause for concern. My building, for example, had an assessment to cover legal fees for a lawsuit I was not fully made aware of when I purchased the property (I knew there was a lawsuit but not its nature).
In my first year as an owner I was hit with a nearly $2,000 special assessment for legal fees. If I sold the property I would have to disclose that assessment if asked, but I could also point out that the lawsuit has now been settled and the building got about $2 million which went into its reserves.
Your real estate agent or realtor should be able to tell you if the HOA fees are in line with similar properties in the area offering similar amenities. It’s fine to be on the high side if the building has something desirable that another property does not offer (like a 24-hour doorman or a sauna in the gym). If it’s high for no reason, that’s something to be worried about.

The property itself should be able to tell you a lot about the HOA. Does it look well maintained? Is the paint fresh and are the common areas clean? Do shared facilities like elevators or the pool appear to be in good shape?
Lastly, it makes sense to talk to someone who lives or owns at the property to find out about their experiences with the HOA. Some associations are difficult to deal with or slow to approve things like paint colors or new flooring. And, yes, many HOAs have rules about what changes you can make inside your own unit.
You probably want to avoid a building where the HOA has an adversarial relationship with the people who own or live at the property. That sounds like it should not happen since the HOA board members are all owners, but it’s amazing how some people go mad with even a tiny bit of power.
A hard-to-deal-with HOA, or one that loves to constantly pass new rules, can be a pain. But that does not mean you don’t want a strong HOA to help maintain standards. In many cases it’s the HOA that stops people from painting in gaudy colors or leaving unsightly junk out on their decks or balconies. HOAs will also enforce whatever the rules are, and in many cases that benefits you. For example, an HOA may enforce property owners keeping their lawns trimmed or shoveling out their doorways after a snowstorm.
It’s not always easy to learn about a property’s HOA. It is worth it, however, to find out as much as you can before you decide whether or not to buy a property.
View The Original Article At Millionacres
See also  Effective Community Association

A Right To Privacy: When Can You Enter A Tenant’s Apartment?