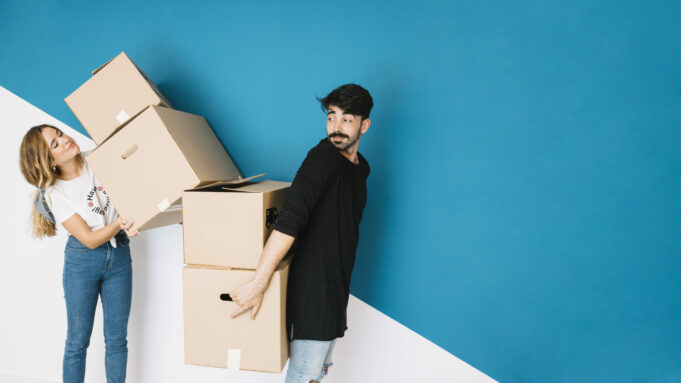 You’d like to sell off a piece of real estate, but you’re severely behind on your mortgage payments, owe a bunch of property taxes to the county, or find yourself in the midst of a heated divorce. Any one of these situations could result in someone (such as the lender or your former spouse) suing you — in effect placing what’s known as a “lis pendens” on your home.

Desperate for a clean break from the situation, you’re wondering: can you sell a house with a lis pendens for a decent price — ideally before the bank forecloses or you rack up a bunch of legal bills?

We get that this is a stressful situation, so we put together this guide including:

The basics: What is a lis penden?

Translated from Latin, “lis pendens” means “a suit pending.” So if you’re selling a home with a lis pendens, you have a formal notice of a pending lawsuit on a property that could interfere with the sale.

“A lis pendens is a written notice that a legal action has been filed involving real estate,” says David Reischer, Esq., real estate attorney and CEO of LegalAdvice.com. “Typically the claim involves either the title to the property or a claimed ownership interest in it. The notice is usually filed in the county records office, so there is a record of the action alerting any potential buyers of the dispute.”

A lis pendens is recorded on the title of the home, just like any other lien or mortgage. To find out whether one has been filed on your property, you can do a free search at the county clerk or recorder’s office, either online or in-person. You’ll just need your house’s parcel number.

Another option is to contact a title company and request that they run a title search on the property, or ask your real estate agent for guidance.

In the event that you aren’t aware of the lis penden when you go to sell your home, it will eventually come to light when the purchasing process begins, as either the buyer, the agent, or the lender will most likely obtain a title report that will note the existence of the pending lawsuit.

According to Jeffrey L. Nogee, partner at Tully Rinckey PLLC, a lis pendens is only valid where the underlying dispute involves the real property. Filing a lis pendens for a case that does not involve an ownership interest in the house is not permitted and carries strict penalties if misused.

Why would anyone file a lis penden?

A few common scenarios can lead to the filing of a lis pendens on a property:

A mortgage foreclosure action is the most common reason for a lis pendens. This occurs when the lender, such as a bank or other financial institution, sues the homeowner who has defaulted on his or her mortgage. “When the lender brings the lawsuit, it files a lis pendens, which provides notice to other creditors and everyone else that the homeowner is in jeopardy of losing title to the property,” explains Nogee.

An imminent foreclosure doesn’t necessarily make a sale impossible, however. Steven Herzberg, Esq. with Vazquez & Associates notes that although a foreclosure creates a cloud on the title, the issue can usually be resolved with the bank if there is a buyer who is willing to pay more than what is owed. On the buyer’s side, purchasing a foreclosed house may take a bit longer, but it doesn’t necessarily carry more risk than any other sale.

A homeowners association (HOA) could file a property lien if a homeowner has a delinquent account. Same goes for a contractor who hasn’t been paid for their work (often referred to as a “mechanic’s lien”). In those cases, the outstanding amounts might be small compared to the overall home value.

“If there is a dispute of the validity of the claims but the seller wants to sell the home, they may have the option to bond off the lien and lis pendens,” says Herzberg.

For example, if a home is worth $500,000 and the dispute is over just $10,000, the seller could put an agreed-upon amount into the court’s escrow account, and then the lis pendens and lien would be removed from the property.

Whenever one or more parties are claiming ownership of the home, such as in the event of a divorce, a lis pendens could come into play.

Although laws differ by state, Herzberg says that in Florida, one party may seek to put a lis penden on a property as a way to freeze the sale before a judge can determine who owns the piece of real estate and therefore would be legally entitled to the proceeds.

This can also occur if multiple beneficiaries are contesting a will in an attempt to change the distribution of an estate’s assets.

If a seller is delinquent on their property taxes, the local government may file a lis pendens on the property. “Property taxes are one of the most basic items checked by any title agent,” says Herzberg. “All outstanding taxes always need to be paid at the time that a property is sold.”

Proper Documentation – A Fair Housing Must