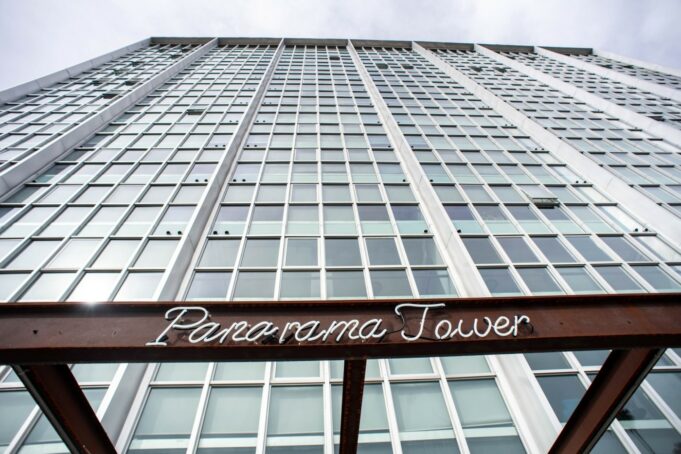 Los Angeles County could add 72,000 to 113,000 units to its housing supply by converting underused hotels, offices and other commercial buildings into apartments, a new study found. That would represent 9-14% of the county’s state-mandated housing goal for late 2029.
But such “adaptive reuse” would work best for hotel conversions, and most of those new units would have to be studio apartments to make financial sense, according to a new RAND Corp. study released Wednesday, April 6.
In all, the county has about 2,300 underused hotels, office buildings and retail centers available for such conversions, the study found.
“Repurposing commercial buildings to help address Los Angeles County’s housing shortage is a compelling idea, but the economics and logistics of such projects are complex,” RAND economist Jason Ward, the study’s lead author, said in a statement. “Significant incentives for the conversion of these properties … may be needed to realize the full potential of adaptive reuse.”
State and local governments have been looking at hotel and office conversions in recent years as a way to address California’s housing shortage.
During the pandemic, California launched Project Homekey and its predecessor, Project Roomkey, to get homeless people off the streets. In early 2021, two L.A. County supervisors called for a study to develop a list of potential home conversion sites.
And the city of L.A. took action as far back as 1999, adopting an ordinance to streamline the redevelopment of scores of vacant downtown buildings, the report said. As a result about 12,000 of 37,000 new downtown housing units were created through building conversions.
“Housing production in (downtown) L.A. has been one of the few success stories in Los Angeles’ quest to increase the stock of housing over the past three decades,” the Santa Monica-based nonprofit research organization said.
Home conversions also can reduce greenhouse gas emissions that cause global warming and lower development costs by cutting labor and materials used in home development.
So, it begs the question, why not do a lot more of that?
After all, the state housing program requires L.A. to boost homebuilding to an average of 57,000 units per year this decade, vs. an average of 8,800 in the last decade.
The answer, the study said, “is a complex issue.”
The practicality of using office or retail properties depends on area-specific real estate prices and whether the homes produced are studios vs. one- to two-bedroom units. Studios – basically apartments with one room and a bathroom — are more cost effective than larger apartments.
Other factors affecting feasibility include the building’s size, construction type, floor layout and condition.
Hotels are more cost effective than offices for home conversions, the study found – again, mainly for studio apartments.
Yet, office buildings are more plentiful than hotels in the most desirable sites.
But conversion can be cheaper than new construction.
And there are social benefits that make conversions worthwhile. “Nonfiscal factors” include access to jobs and public transit, increased housing affordability and reducing housing segregation.
Local governments should provide subsidies to encourage such redevelopment. And they need to adopt new laws to increase incentives by increasing allowable density, adopting alternative building codes and streamlining the approval process for building permits.
“Policymakers and other stakeholders involved in the debate over housing policy have become increasingly interested in a more holistic view of the criteria that should guide such policy,” the study said. “Residential (conversions) may yet play a meaningful role in meeting the significant need for new, affordable housing in the region.”
Source: OC Register | #Hotel #Office #Conversions
See also  Americans With Disabilities Act Of 1990