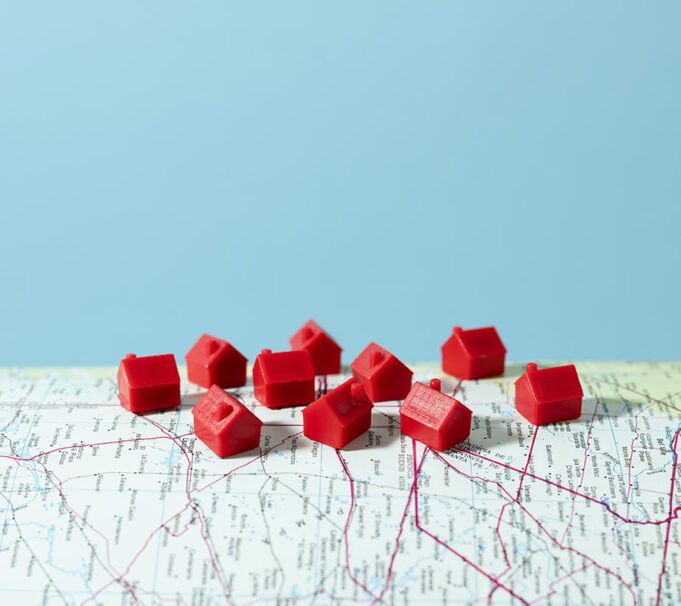 It’s a new twist on the old concept of company towns. “If you call anybody, they’re all buying houses for their staff,” says Kim Jensen, a Wisconsin restaurateur.

Jeremy Ramirez, a 41-year-old butcher from Los Angeles, had heard that droves of Southern Californians were decamping to the serene peaks of Montana and decided to join the exodus. He still wasn’t prepared for the frustrations of finding a home there for his family of six.

Unable to find anything around tiny Ennis, Montana, a ranching community west of the uber-exclusive Yellowstone Club, Ramirez and family found accommodations in an unlikely place: a house owned by his boss at the Ennis grocery store.

Some communities house teachers and other public workers otherwise excluded by stratospheric rents and housing prices, sometimes partnering with developers on affordable projects such as Teachers Village in Newark, New Jersey. Now, a growing number of employers in expensive enclaves or tourist havens like Egg Harbor, Wisconsin, and Hilton Head Island, South Carolina, are building or buying apartments themselves.

The burgeoning phenomenon could change the dynamic between employers and employees, creating paternalistic relationships reminiscent of the company towns that once dotted America. So far, so good for Ramirez, who appreciates how his boss kept his rent flat at a relatively modest $1,500 a month. Still, while he’s on good terms at work, he understands that were he to lose his job, he might lose his house as well.

“There’s no surprises,” said Ramirez, who runs the meat department at Ennis’s Madison Foods. “You know once you move in there, something like that can happen. It’s like shooting craps and, hopefully, personalities mesh and everything’s on the up and up.”

Nationwide, the surge in real-estate prices is pushing workers to the fringes of town and lengthening commutes. Since 2018, the share of U.S. homes worth $250,000 or less has fallen to around 25% from 45%, National Association of Realtors data show. Rents in popular tourist markets are outpacing workers’ wages, with rates in Hilton Head Island and Orlando, Florida, each surging by 24% in a year, according to the group.

To be sure, employers in Rocky Mountain ski towns and wealthy playgrounds such as Jackson, Wyoming, have housed workers for years because of outlandish real-estate prices. However, the pandemic real-estate boom has supercharged the phenomenon and forced even mom-and-pop outfits to scout for housing.

See also  HOA Homefront: Can a board deny solar because of common area roofs?

In Breckenridge, Colorado, car-repair shop owner Jim Tinsley in 2017 built two apartments above his garage at a cost of $560,000 after would-be employees couldn’t find anywhere to live. Residing above a garage isn’t ideal — late-night tow trucks make things noisy — but it gives new hires a place to crash for several months, he said.

Since then, the pandemic sparked a remote-working rush and people flooded into scenic mountain towns like Breckenridge, where the price of a single-family home climbed 22% to about $1.6 million last year. Providing housing went from being an occasional practice among employers to a necessity in some cases, said real estate broker Kathy Christina.

“Instead of sitting around complaining of our problems, we decided to solve them,” Applegate said.

The employer-landlord model is picking up elsewhere in Middle America, particularly in tourist-rich areas that couple pricey real estate with low-paying hospitality jobs.

Rosie Wroblewski, 22, took a gap year between high school and college in Milwaukee, Wisconsin, and moved to Door County, a rustic peninsula jutting into Lake Michigan. Housing inflation there has modest been compared with some tourist towns, up 13% last year to a median sale price of $315,000, but the bigger problem has been a lack of places to live as people converted homes into short-term rentals.

Wroblewski’s gap year turned into a gap 3 1/2 years as she rose to become head bartender at the Fireside Restaurant in Egg Harbor. Stable housing became a problem: Many of of Door County’s new condo units are meant for affluent seasonal residents and are beyond the reach of people who need something in the $800-a-month range, including utilities, said Wroblewski.

After bouncing around efficiencies and communal living spaces, she moved into a one-bedroom apartment above the Fireside in October and rents from owner Lauren Schar.

Said Kim Jensen, another Door County restaurateur, “If you call anybody, they’re all buying houses for their staff.”

Among larger employers, the Dollywood theme park in Pigeon Forge, Tennessee, is finishing its first 750-bed residence hall for its  foreign students on cultural-exchange visas and some seasonal workers employed by local businesses. Another attraction close by, the Wilderness at the Smokies Waterpark Resort, already built similar housing for some 500 seasonal workers in the spring of 2020.

The accommodations are small even by dormitory standards — four bunks per 325-square-foot room, although the tenants will have a common kitchen and gathering space. Rent is $500 a month per tenant, and the hall should open by late May.

Students in their late teens and early 20s are “never hardly in their rooms,” said Dan Bullock, president of Holtz Builders, a Wisconsin-based contractor partnering with Dollywood on the project.

Holtz Builders is planning a similar employer-sponsored residence hall in Branson, Missouri. Sea Pines, a luxury resort on Hilton Head Island, expects this month to open an apartment complex for almost 100 foreign seasonal and year-round workers. And Walt Disney Co. is exploring housing options for permanent employees in the Orlando area, beyond the students it already houses.

Employer-sponsored housing has forerunners in company towns, which dotted the U.S., Europe and Brazil in the 1800s to early 1900s. Initially, companies would provide housing for free or rent it to workers, but later often sold homes to workers to ensure they had a stake in the community and would stay, said Angela Vergara, a history professor at California State University at Los Angeles.

Abuses were commonplace, such as when employers paid workers in scrip accepted only at the company’s stores, Vergara said.

“The companies could really do whatever they wanted,” she said.

Among businesses adding housing now, several said the promise is contingent on workers staying employed. Dollywood won’t have to make such decisions, because its partner, Holtz Builders, will operate the residence hall, Berry said.

In Bozeman, Montana, where the median price for a single-family house has risen to $812,000, leaders are “hamstrung” by a state law that prohibits local governments from requiring affordable units in new projects, said Brit Fontenot, Bozeman’s economic development director.

A hospital company, Bozeman Health, invested in a new complex that will include apartments for its workers and other employers.

“The private sector just can’t wait for the government to get its wheels turning,” Fontenot said.