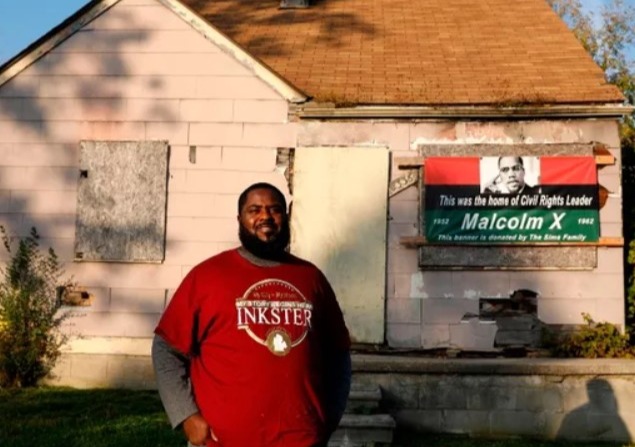 Photo by Getty Images | The Michigan home where Malcolm X once lived has been officially added to the US Register of Historic Places , the Detroit Free Press reported. The civil rights icon was born in Omaha, Nebraska in 1925 before relocating to Michigan where he lived in Lansing, East Lansing and Mason before heading to Boston and New York as a teenager.

“We are honored to join the city of Inkster in celebrating one of those roles with the listing of this home.”

According to reports, the home is set to be transformed into a museum through a project led by Project We Hope, Dream & Believe . The non-profit organization teamed up with the Wayne State University Department of Anthropology last year to conduct archaeological excavations on the home.

Great news from the partnership between the anthropology department and Project We Hope, Dream, and Believe. The one-time home of American Civil Rights icon, Malcolm X has been placed on the National Register of Historic Places. Read more ⁠

Properties listed on the National Register of Historical Places are typically 50 years or older and must be considered significant when examining historical events that took place in the country.