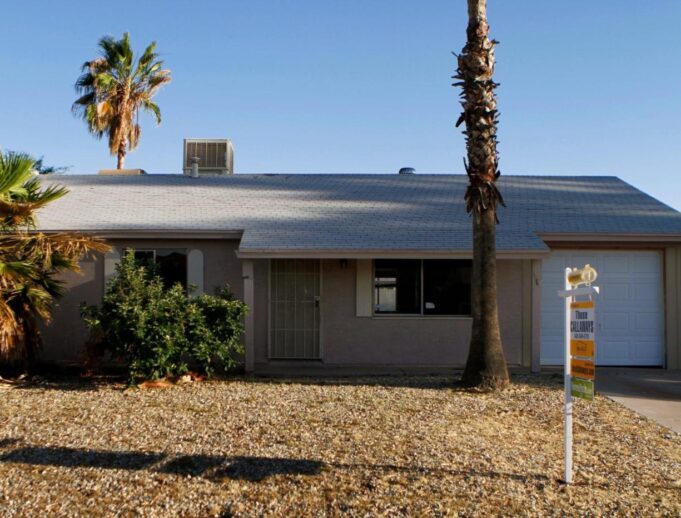 Fannie Mae, the government-backed mortgage finance firm, has agreed to reform its procedures for maintaining foreclosed homes it acquires in communities with large Black and Hispanic populations.  A settlement announced Monday with a group of fair housing organizations resolves a 6-year-old federal lawsuit that accused Fannie of providing better upkeep to foreclosed homes in predominantly white neighborhoods. The National Fair Housing Alliance and other groups claimed that Fannie let homes it owned in 39 metropolitan areas with large Black and Hispanic populations fall into disrepair.
The lawsuit arose from a four-year investigation by the housing groups into the differing treatment Fannie gave to homes it had taken possession of after the 2007-08 financial crisis. Fannie Mae took control of hundreds of thousands of foreclosed homes across the country after the housing market collapsed.  The settlement also calls for Fannie to pay $53 million in damages to the fair housing organizations, which said the money would be used in affected communities to renovate properties and provide first-time buyers with down payment assistance so they can secure mortgages.
“As a result of our efforts, Fannie Mae has implemented practices that we believe represent the gold standard for maintaining and marketing foreclosed homes equitably,” Lisa Rice, president of the National Fair Housing Alliance, said in a statement.
The groups have sued several big banks as well. Peter Bakel, a Fannie Mae spokesman, said the settlement resolved “legacy allegations” against the mortgage finance firm.  “Fannie Mae takes the maintenance of all its properties very seriously,” Bakel said. “We require the same property maintenance standards in all neighborhoods regardless of race or ethnic composition and conduct independent third-party quality control reviews of vendors hired to do this work.”
As part of the settlement, Fannie Mae agreed to increase its oversight of the maintenance of the foreclosed homes it owns and give priority to homeowners over investors when selling so-called real estate owned, or REO, properties.  Fannie Mae has been pushed to change its practices for such properties before. Several years ago, the Federal Housing Finance Agency, which regulates Fannie, limited the ability of the mortgage finance firm to sell foreclosed homes to investors who wanted contract-for-deed deals.
Those deals are sometimes predatory arrangements that promise lower-income people the opportunity to become homeowners without obtaining a traditional mortgage.  The FHFA imposed the limitation in response to criticism from housing advocates who said that Fannie had sold thousands of foreclosed homes to several contract-for-deed investment firms after the financial crisis.
Written By The New York Times News Service Syndicate for  The OC Register
See also  Wall Street using Zillow, tech firms to eat up starter homes