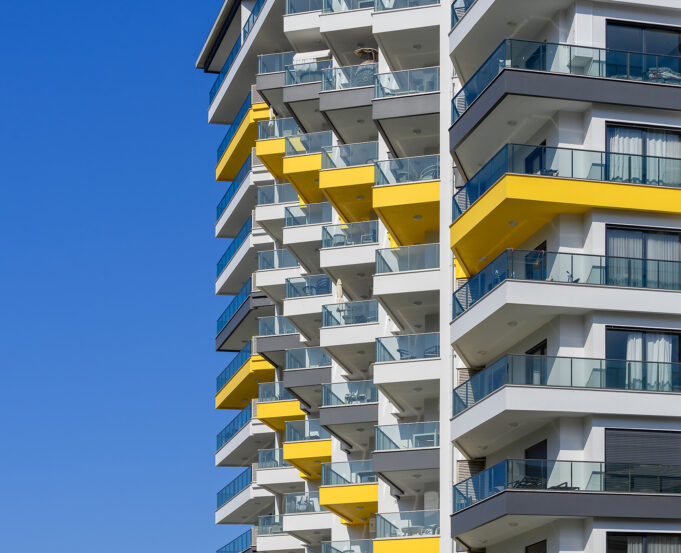 Change is easier when your community is prepared for it. New legislation impacting condo and HOA communities has been passed in several U.S. states, affecting everything from social media posts to approval deadlines for minutes. Check out the new laws coming into effect in 2023.

Owners can fly some types of flags

Flags are a contentious issue in most governed communities. That’s why many have very specific rules about the size, type and placement of flags that are permitted in the development. A new law (part of House Bill 2010) has given Arizona homeowners the right to fly flags supporting the country, military, first responders, and law enforcement, even if the HOA says otherwise. This law was actually passed in 2022, but it’s worth noting again since some associations may be unaware of it.

A Tucson proposal is considering banning “non-functional” grass planting in some developments, including HOAs. Other dry and hot cities, including Las Vegas, have already passed such a law due to the major water shortage issue in the west.

Non-functional grass is considered any irrigated grass area not providing functional use. That would include turf managed by an HOA that does not provide recreational value for people or pets. Watch for updates in the new year.

Assembly Bill 1410 makes a couple of changes to California law. This first law is a bit strange, and shouldn’t actually have much of an impact on anyone.

The bill adds a subpart (6) to the list of protected free speech activities in Section 4515(b), which will not allow HOA governing documents to ban the use of social media or other online platforms to discuss the HOA, legislation, public elections, or other association matters. The new subpart makes it clear that HOAs are not required to host a social media platform or website forum for members.

A new Section 4515(e) is also added, which prohibits retaliation against members or residents for exercising the right to talk about the HOA online.

New Civil Code Section 5875 makes it illegal for HOAs to pursue enforcement actions during a declared emergency if the event would prevent an owner from remedying the situation. For example, if there were a flood, an owner wouldn’t be expected to change the color of their front door to one approved by the association, even if the due date was set for the following day. The exception is assessment payment enforcement.

This law, like the first, is a bit strange, as most associations have more pressing matters to attend to during an emergency than enforce violations.

Senate Bill 4-D was signed into law in May of 2022. The laws, created in response to the Surfside condominium collapse, aim to protect owners and help prevent another tragedy like the one that occurred in 2021 from ever happening again.

While most provisions will not take effect until the end of 2024, condo associations that are 3 stories or higher will need to complete a simple task on or before January 1, 2023. Condos subjected to the new laws are expected to report some basic information to the state’s Department of Business and Professional Regulation. The state agency has officially begun collecting information through its new Building Reporting Form, which can be submitted online. You can find the form here .

Section 514B-32 has provided that a condominium declaration may be amended by at least 67% of owners. However, the problem was that many declarations adopted prior to chapter 514B required support from 75% of owners. Since 75% of the owners is at least 67% of the owners, there was some confusion as to which number condo associations could use. The second issue was that section 514B-32 did not specifically permit the amendment of declarations by written consent, although it did permit the amendment of bylaws by written consent.

Act 62 attempts to erase confusion by clearly stating that a condominium declaration may be amended with 67% of owner approval at any time, unless the declaration is amended by owners to require a higher percentage.

The act also confirms that declarations can be amended by written consent.

Anyone buying a new condominium unit receives a public report from the developer outlining all the material facts and relevant information relating to the condominium project. This information allows the prospective buyer to be fully informed about the building before they buy.

While the public report will generally include a budget and an estimate of future maintenance fees, it does not always have an estimate of the anticipated reserve contributions that will be required from the owner. Act 62 changes the law to require that financial estimate to be included in the breakdown of the monthly estimated costs for each unit.

See also  Amid surging rents, colleges are committing to affordable housing, too

The current law allows condo owners, outside of an association meeting, to submit a petition requesting amendments to the bylaws.  Act 62 will create more stringent requirements:

Act 62 includes additional requirements to promote the accuracy and security of electronic voting. As part of that process, Act 62 also imposes requirements for petitions by owners to call a special meeting that are similar to those imposed for petitions to amend bylaws.

All association meetings shall be conducted in accordance with the most recent edition of Robert’s Rules of Order Newly Revised. Notwithstanding any provision to the contrary in the association’s declaration or bylaws or in subsection (b), electronic meetings and electronic, machine, or mail voting shall be authorized:

(4)       Whenever otherwise authorized in an association’s declaration or bylaws. As used in this subsection, “mail voting” includes sending or receiving written ballots via mail, courier, or electronic transmission; provided that the transmission is a complete reproduction of the original.

Elimination of deadline for board approval of association minutes

Previously, section 514B-122 (a) stated that if the owners authorized the board to approve the association minutes, the board would have to do so within 60 days after the meeting.  When the new act comes into effect, the 60-day requirement will be eliminated.

Previously, section 514B-125 (b) required that, after a board election, the new board had to, at a meeting, establish rules for owner participation during board meetings. Act 62 eliminates that requirement.  Instead, the board may establish rules for owner participation and notify owners only if there is an amendment to those rules. Rules may be shared on the association’s website.

Section 514B-148 required that the annual association budget prepared by the board must include an estimate of the replacement reserves needed to maintain the property, based on a reserve study performed by the association. Act 62 amends the law and clarifies that the reserve study must be reviewed by an “independent reserve study preparer.” It also requires that the reserve study must be reviewed and updated at least every three years.  Furthermore, the act requires that a reserve study using a “cash flow plan” (as defined in the law) must be based on a minimum 30-year projection of the association’s future income and expense requirements to fund its replacement reserves, rather than the 20-year projection required under the original law.

Limit on fees for producing documents

Starting January 1, 2023, House Bill 5246 will reduce the timeframe for condominium associations in Illinois to provide certain disclosures under Section 22.1 of the Illinois Condominium Property Act (unit resales) from 30 to 10 business days . The bill also caps the fees for the production of documents under Section 22.1 at $375 (with annual adjustments based on the “Consumer price index-u”) and allows for an additional $100 charge for rush service completed within 72 hours.

Senate Bill 820 prevents HOAs in Missouri from banning the installation and use of solar panels . This new bill goes into effect on January 1, 2023.

Other states and counties have already passed similar bills. And while these bills make it easier for owners to install solar panels, HOAs may still adopt reasonable rules and regulations regarding the placement of solar panels or solar collectors to the extent those rules do not prevent the installation of the device or adversely affect its functioning, use, cost, or efficiency.

No outright ban allowed on for sale signs

Signs can be just as contentious as flags in governed communities. However, the Missouri General Assembly has removed the ability for HOAs to place a total prohibition on for sale signs. Instead, associations must adopt reasonable rules regarding for sale signs. Reasonable restrictions would include details like the duration that signs may be advertised, the size and the location of the signs.

HOAs must give members a way to pay assessments online

Nevada passed legislation that required each HOA with 150 or more units to establish a website or portal, and post association documents (CC&Rs, bylaws and rules, budgets, etc.) on the site or portal.

Beginning on January 1, 2023, these HOAs must also give owners a way to pay their assessments online.

HOAs with less than 150 units are encouraged to create websites or portals for owners, but they do not have to.

House Bill 1795, now officially known as Act 115, comes into effect May of 2023. The act allows associations to host virtual meetings and take electronic votes without making changes to the bylaws, as long as the bylaws (or declaration) do not expressly prohibit this type of conduct.

While providing more flexibility, these changes also require associations who choose to accept virtual votes to confirm the identity of unit owners and make sure the votes are accurately being sent and received.

Owners can now request to receive notices by electronic means provided bylaws allow for this method of communication.

Owners must be in good standing to vote

HB 1795 codifies the requirement that owners must be in good standing with the association to vote in an election.

In large associations, votes must be submitted to an independent reviewer

For large condominiums and master associations of 500 or more units, HB 1795 requires election votes to be submitted to an “Independent Reviewer.” The reviewer:

Cannot be a unit owner in the association

Cannot be an immediate family member of a unit owner

Communities with less than 500 units may implement the requirement with a 51% vote from unit owners.

Pre-election sessions to be addressed in bylaws

Bylaws must contain a provision that allows for “pre-election sessions” for elections if there are more candidates than open positions. At these sessions, candidates can meet with owners prior to the meeting to present their election platforms.

More clarity on the process for removing board members

The method for removing condominium board members has been clarified. A 2/3 vote from those voting at a meeting at which a quorum is present is required. This provision already exists in Section 5303 of the Uniform Planned Community Act. Bylaws must also contain a provision governing the removal of board members.

In order to amend bylaws, owners must receive 14 days’ notice before a meeting to amend the bylaws takes place. At least 51% of votes must be in favor of an amendment. Developers are not permitted to establish a lower threshold of votes to amend bylaws when HB 1795 comes into effect.

Bills are often created to resolve widespread problems impacting condominium and homeowners associations. Many of these new bills will either help to clarify rules or improve processes for owners and communities. If you have any questions about a law that is coming into effect in your city or state, please reach out to your lawyer.