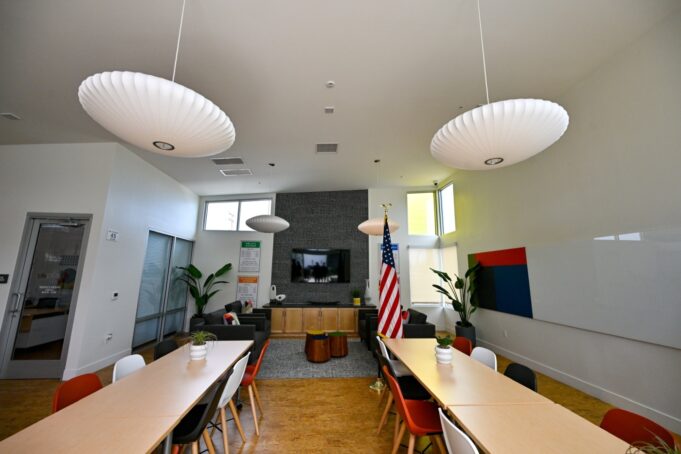 Rick Cole
A landmark bill aimed at easing California’s housing affordability crisis was unanimously adopted by the California state Senate last month and awaits Gov. Gavin Newsom’s signature. AB 2011 not only has the potential to clear the way for more than a million new homes; it could be the catalyst for transforming bleak commercial strips into vibrant “grand boulevards.”

Southern California is crisscrossed by wide arterials. Four, six and even eight lanes across, we find ourselves driving along them every day. Cities long ago zoned most of them for commercial uses, leading to the proliferation of strip malls, big box retail stores and car sales lots with their garish signage and vast seas of asphalt parking lots. As consumers shift to online buying and retail declines, more and more of those strips are sprouting vacant and dilapidated buildings.

That blight masks their future potential. In a state where housing affordability has become a crisis, these depressing corridors could become community assets. Peter Calthorpe, the visionary Bay Area architect who inspired the bill by Assemblymember Buffy Wicks, observes, “Commercial strips are the worst place in everybody’s community. What if the worst place became the best place? What if it became a grand boulevard with transit, wide sidewalks, bike lanes, plenty of trees, housing over shops? There’s no reason these can’t be really exciting, interesting places to live.”

See also  Fullerton may use $4 million from state to purchase shelter property, reducing its cost for beds

As Calthorpe explains: “Not all strips are created equal. Some are four lane and should be lower density. Some are near a major transit node and could be higher density. Some are six lane and could be converted with bus rapid transit (BRT). If the back of the lot is single family, you need set-backs. All very doable. You can achieve a fairly precise, intelligent, plan for housing that can be built ‘by right’ without onerous and subjective reviews that can kill housing or drive up costs.”

Transforming placeless arterials also requires “making transit much more ubiquitous and BRT is the way to do that,” Calthorpe maintains. “Public investment is needed for making the street a beautiful place, adding the bike lanes, enhancing the sidewalks, putting in street trees, putting in transit. Tax revenue generated by new housing can provide the funding for parks, public safety and infrastructure to serve the new development. This not only puts housing in the right place and makes it affordable, it actually pays for itself.”

In Southern California, the grass-roots Livable Communities Initiative are champions of this kind of makeover of our “underused — and frankly ugly — commercial corridors into complete streets.” They argue that “human-scale housing development” will not only “bring down rents across the region by ending the housing scarcity that artificially drives up prices,” but also create “places where actual human beings would want to live.”

Who says we can’t have nice things? All we need now is the imagination to make it happen.