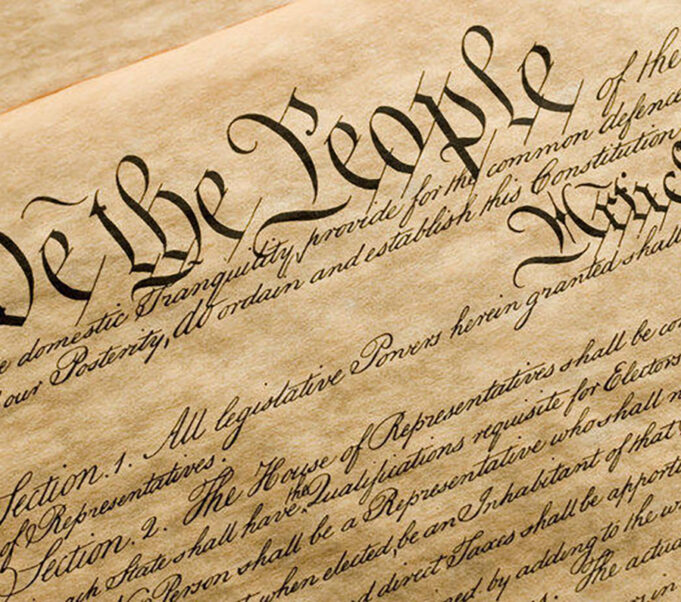 It is no secret that federal laws regulate HOA communities in more ways than one. Therefore, board members and HOA managers should make sure to familiarize themselves with these laws to avoid potential liability.

What Are the Federal Laws That Regulate HOA Communities?

Homeowners associations operate in much the same way as non-profit corporations. In fact, in many states, homeowners associations even have to register as such with the Secretary of State. And, as with other corporations, HOAs must abide by certain federal laws that apply to them. Familiarity with these laws is essential in helping keep the community and its board members out of legal trouble.

Below, you will find the different federal laws regulating homeowners associations.

The Fair Housing Act (FHA) is a federal law that regulates housing providers, prohibiting them from discriminating against people based on their race, color, national origin, sex, and familial status. The Act was subsequently amended to include disability as a protected class, which means housing providers can’t discriminate against anyone based on their mental or physical disability as well.

It is important to remember that the FHA regulates both public and private housing providers. Therefore, it also applies to homeowners associations. Under the Act, it is illegal for an HOA to take any adverse action that would impact a person’s right to buy, rent, or enjoy the use of a property on the basis of that person belonging to a protected class.

For instance, a homeowners association can’t deny residence to a couple in the community because they are unmarried. This directly violates the FHA in terms of discrimination based on familial status. Even if the rule is not facially discriminating, if it affects a protected class disproportionately or subtly, it is a violation of the FHA.

It is worth noting that several states have enacted their own fair housing laws designed to supplement the FHA. For example, in addition to the protected class under the FHA, California has added multiple others . These include ancestry, citizenship, sexual orientation, gender identity, military status, and source of income.

The Americans With Disabilities Act of 1990 (ADA) prohibits discrimination against individuals with disabilities. It more directly applies to public spaces and facilities, thus affecting homeowners associations with common areas and elements that the general public uses or enjoys. The Act does not apply, however, to common spaces that are exclusively open to members and their guests.

For HOA communities, public accommodation refers to any space the HOA opens to the general public. This includes any spaces the HOA rents out or allows schools and church groups to use. If the HOA sells public membership passes to some of the HOA’s amenities, they also fall under the public accommodation classification. These spaces are governed by the ADA.

The Fair Debt Collection Practices Act (FDCPA) governs the practices and behavior of debt collectors. Debt collectors are third parties who regularly attempt to collect the debts owed by consumers. Given this description, homeowners associations do not generally fall under this classification. The federal Act prohibits any unfair, deceptive, and abusive collection practices. It also lays out certain requirements that debt collectors must follow when attempting to collect a debt.

Even if homeowners associations are not considered debt collectors in the eyes of the Act, it is still important to be familiar with the FDCPA, especially for HOAs that hire collection agencies . Though, keep in mind that HOAs that use a different name to collect a debt may be recognized as debt collectors. Additionally, several states have also enacted their own fair debt collection laws.

The Servicemembers Civil Relief Act (SCRA) is a federal law that provides financial and legal protection to members of the United States Army, Air Force, Navy, Marine Corps, and Coast Guard from collection actions and foreclosures. This Act applies to homeowners associations as well.

As one of the federal laws that regulate HOA communities, the SCRA applies to the following service members:

The Freedom to Display the American Flag Act of 2005 specifically addresses homeowners associations. This Act protects the right of homeowners to fly the U.S. flag, provided it is flown in a manner consistent with the U.S. Code.

See also  10 Ways to Increase Profitability for Your Rental Property

Under federal law, homeowners associations can’t prohibit homeowners from displaying the American flag on their residential property. However, the Act does give HOAs the ability to place reasonable restrictions on the time, place, and manner of display.

Certain states may also have additional laws that support the Freedom to Display the American Flag Act. For instance, Florida law dictates that homeowners can display flags on flagpoles measuring 20 feet or less, and HOAs can’t go against this.

The Over-the-Air Reception Devices Rule (OTARD) is a federal law that prohibits homeowners associations from enforcing restrictions that hinder the installation, use, and maintenance of satellites or antennas to gain access to video programming. Under this law, unenforceable restrictions include those that:

Unreasonably prevent or set back the installation, use, or maintenance of antennas;

Unreasonably raise the cost of installation, use, or maintenance of antennas; or,

Prevent the antennas from gaining acceptable reception or quality signal.

The United States Bankruptcy Code is the final federal law on this list that affects homeowners associations. According to this law, HOAs can’t take any collection actions if a homeowner has filed for bankruptcy and the case is still pending. It also applies if the court has yet to issue an order lifting the automatic stay. If an HOA violates this rule, it can face consequences, which can include releasing a lien or monetary penalties.

Clearly, there are a handful of federal laws that regulate HOA communities. Violating any or all of them carries a hefty penalty, be it monetary or legal in nature. Thus, every HOA board member and manager should make it a point to educate themselves on these laws.

Of course, it is not always easy to juggle federal, state, and local laws with HOA management. If you need help, Clark Simson Miller is the best way to go. Call us today at 865.315.7505 or contact us online to learn more about our services.

Get Ready To Refinance Your Mortgage!

House Hacking: How Millennials Use It to Start Up Their Own...

Virtual Workshop On Preparing The HOA For Taxes