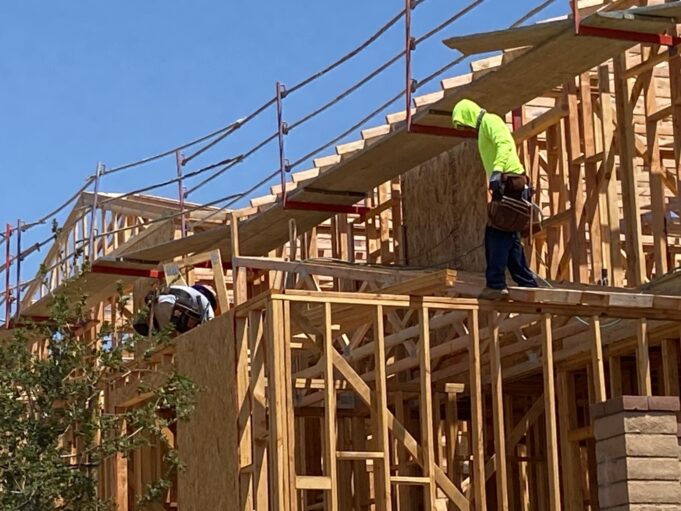 Jeff Collins
A Realtor-backed pro-housing group sued three Southern California cities, accusing them of failing to comply with state laws requiring a new housing plan for the next seven years.

Californians for Homeownership filed lawsuits earlier this month against the cities of Fullerton, La Mirada and Claremont, asking the courts to compel them to adopt state-approved housing plans that were due last October.

It’s the second round of lawsuits by the Los Angeles-based non-profit, which is sponsored by the California Association of Realtors.

“Our goal is just to get these cities to make progress,” said Matthew Gelfand, attorney for the group, which is sponsored by the California Association of Realtors.

State law requires California municipalities to revise the “housing element” of their general plans once every five to eight years to ensure adequate land is zoned for for low- and moderate-income housing as well as market-rate housing.

Local governments in the six-county Southern California Association of Governments were supposed to have their plans approved by October 2021 for an eight-year “planning cycle” ending October 2029.

Municipalities failing to meet last October’s deadline are subject to numerous sanctions, including “third party” lawsuits by groups like Californians For Homeownership.

Other sanctions include loss of control over local planning decisions, loss of state funding for parks, homeless shelters and affordable housing programs and, ultimately, hefty fines.

Already, the vast majority of SCAG’s 197 cities and counties are out of compliance with the law. Gelfand said fewer than four dozen local municipalities have approved housing elements.

Claremont, Fullerton and La Mirada were sued because they’re making little progress and are unlikely to adopt valid housing elements within the next six to 12 months “without being forced to do so through litigation,” a statement from the housing group said.

The cities also rebuffed offers to forego litigation by acknowledging state penalties for failing to adopt a housing element, Gelfand said. The penalties include the so-called “builder’s remedy,” which requires cities to approve developments even if they don’t comply with the general plan or local zoning rules.

“Our goal is to create reasonable pressure so developers can rely on these plans during this cycle,” Gelfand said. “We’re a year in at this point.”

“Since I’ve been on board, we’ve been moving as fast as possible to address this,” Levitt said. “Our motive is to get into compliance, and we’re doing everything we can to do that.”

“For a variety of reasons, these consultants are experiencing very high demand, which has resulted in slower than anticipated progress on Claremont’s housing element update,” Johnson said.

Bradbury, Laguna Hills and South Pasadena settled those lawsuits by committing to specific timelines for adopting their housing elements and making suggested changes to their plans.

South Pasadena, for example, committed to removing from its housing element site inventory a number of parcels where housing is unlikely to get built before 2030, the housing group said. The city also agreed to seek a change to its voter-established height limit, which makes it difficult to develop multifamily housing in the city.

The cites also agreed to reimburse Californians for Homeownership for its costs and legal fees, and to acknowledge the possible penalties like the “builder’s remedy.”