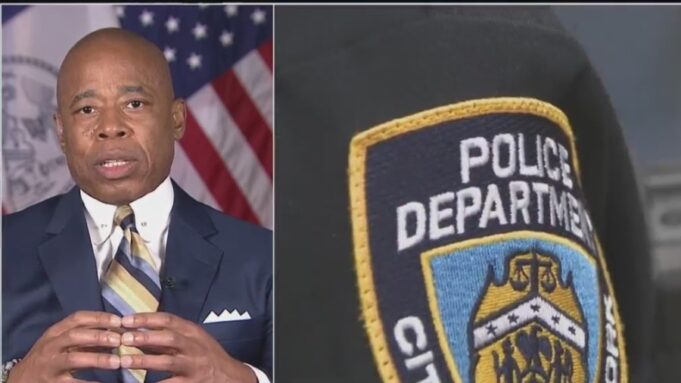 Adams outlined his “blueprint to end gun violence ” Monday, addressing each cause of gun violence with immediate actions and long-term initiatives. Among the aspects of his plan include deploying NYPD neighborhood safety teams.

“We’re dealing with a sea of violence,” Adams said on the PIX11 Morning News. “NYPD is only one river that we must dam to stop the violence”

According to Adams, it will take about three weeks for training for the new neighborhood safety team. Under the new unit, the officers will be concentrated in 30 precincts where 80% of the violence occurs. The mayor did not disclose exactly where deployments would occur so the “bad guys” would be able to find them.

Officers in the neighboring safety team would be dressed with modified versions of NYPD apparel and have body cameras on, the mayor said.

Cops will be strategically placed on the ground and they will ensure safety to all residents and stop guns from flowing into neighborhoods. Adams also said the teams will be going after the youth who are on the pathway to violence and stop them from going down that road.

While training for neighborhood safety will take several weeks, Adams clarified the NYPD is already on the ground executing parts of his plans on the subway. With the help of 1,000 new officers, the NYPD has deployed units across the subway system, already conducting 22,000 inspections.

Adams said the focus is now mental health. He said the NYPD will partner with mental health professions and make sure people have the resources they need and have facilities to help them with everything they are going through.

It is currently not a demand for the homeless to go to shelters, but Adams said it is “not going to be a way of life to live in our subway system if you are a danger to yourself to others.”

‘It sounds like a headache’: mystery sound plagues Brooklyn neighborhood