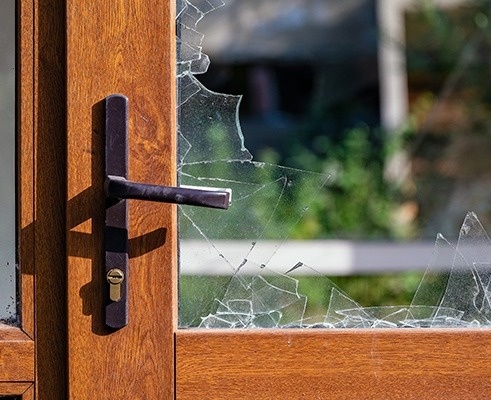 Squatters in HOA communities are becoming a real problem, as one Orlando neighborhood has found. In fact, the problem became so bad that it took the association months to get rid of the squatters in its community.

HOW IT STARTED
Residents of Kingswood Manor, an HOA in Orlando, say that squatters moved into 5536 Kingswood, a house in the community, and essentially turned it into an ongoing party for months on end. Countless cars would come and go at all hours, people would loudly gather on the front lawn, and trash would be left everywhere on the property.

It all began when Natasha Jenkins, the next-door neighbor, saw the same man parked in the driveway of the empty house every day for a month straight. Jenkins became suspicious as the house had functioned as a rental home and hadn’t gotten a tenant yet.

Sylvan Homes, a large investor in single-family rental homes, first bought 5536 Kingswood in October last year. By February, Sylvan put up the home for rent for a little over $3,700. It was at this time that the mysterious man began showing up.

Initially, Jenkins thought the man was an interested tenant. But, in retrospect, she believes the man was simply observing the place in preparation for what was coming next. It didn’t even occur to her that something else was going on when she was the man attempting to break the lockbox open.

After a month, Jenkins began seeing a U-Haul moving truck in the same place. The truck remained in front of the property for more than 30 days. Then, all of a sudden, the house started hosting more than 10 people, most of whom were teenagers and young men. Different, fancy cars would then show up at different times.

THERE WAS NO STOPPING THEM
Jenkins and her husband were initially the only people who felt worried about their new neighbors. But, over time, as the trash began to accumulate and the squatters became more disruptive, other residents grew concerned as well. Because there were no consequences, Jenkins believed that the squatters became bolder.

Deputy Jacob Snavely of the Orange County Sheriff’s Department eventually became aware of the situation. Snavely even discovered that concert promoters were using the house as a party place of sorts for visiting talent. The house even had a guard who watched over the house in case anyone came sniffing around.

Orange County has been experiencing a spike in squatters in HOA communities as of late. The problem is made worse because many investment homes remain empty and landlords can’t be reached.

According to Snavely, other contributing factors include skyrocketing rental prices and increased foreclosures.

PROPERTY MANAGERS FAIL TO NOTICE
The case of Kingswood Manor was compounded by the fact that Sylvan Homes failed to take immediate action.

Snavely, who routinely attended HOA meetings at Kingswood Manor, checked the house after learning about the situation. The man who came to the door showed him a lease as proof he was the tenant.

But, after seeing an online listing and conversing with Sylvan Homes, Jenkins found out that the home was still untenanted. Even after informing the investment company of the squatter, though, Sylvan did not jump to remove the illegal tenant.

Apparently, large property managers often neglect to notice squatters living in empty rental homes because there are too many properties to manage. As such, the problem can take months to fix, if at all.

TAKING MATTERS INTO THEIR OWN HANDS
Susan Giddings, the treasurer of Kingswood Manor HOA, now spends many hours of her day checking on vacant homes in the community. Neighbors are also remaining vigilant, reporting any suspicious activity to Giddings herself.

The incident at 5536 Kingswood wasn’t the first, and it certainly won’t be the last. Squatters continue to be a problem in her HOA and in many other associations in Orange County. Resident involvement can be a big help in preventing squatting and keeping neighborhoods safe.

Still, Snavely warns civilians not to be too aggressive. Residents can certainly observe and report suspicious activity, but Snavely discourages them from removing the squatters themselves as they can be dangerous. Police can even arrest civilians for intervening. It is best to call the cops in such situations.

See also  Grandfathering of Rental Restrictions in Condos and HOA’s