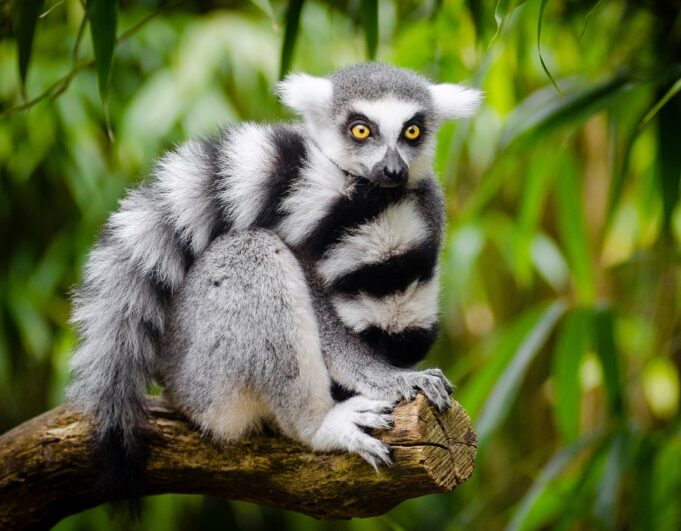 Landlord-tenant disputes over pets are probably unavoidable. At some point, you’ll have a tenant who gets a dog or a cat without permission or avoids paying the required pet deposit. However, such matters are mild compared to finding out your tenant has a dangerous or exotic animal. Discovering an exotic animal in your tenant’s possession is a worst-case scenario for many landlords because of the legal challenges it may raise.

It’s not that uncommon for tenants to own unauthorized exotic pets. The smaller they are, the easier they are to collect and/or hoard. Often, landlords never know about these creatures until they bite someone or the tenant moves and leaves one behind.

In 2019, Houston tenants abandoned more than 40 exotics when they moved out, including sugar gliders, a chameleon, a gecko, hedgehogs, and chinchillas. Nine of the animals were found dead. In another situation that year, a tiger was found abandoned in a Houston apartment.

If you’ve recently discovered a tenant has a dangerous or exotic animal, here’s what you can do about it.

1. Verify the situation if you get a report of an exotic animal

It’s not every day that people report their neighbor for housing an exotic animal like an alligator or a tiger. If someone has told you a tenant is keeping such a creature in a rental unit, do your best to verify the fact before taking action against your tenant.

Depending on your state’s laws, you might be able to schedule a legally permissible inspection, during which you can search for clues of any evidence of an exotic animal. You can also ask your tenant directly if they’re housing an animal and let him or her know you received a report.

If you can verify the situation, your next move is to give the tenant an eviction notice. Although you could try to work things out before starting eviction, it’s better to launch the process immediately. You can always halt it if your tenant is willing to get rid of the creature.

Unless you can hear or see the animal, or a neighbor provides photographic evidence, you may not be able to verify the situation directly, however. Don’t let the matter go without conducting a thorough investigation. You don’t want to jump the gun and act on a report that could be false.

2. Get all the details if someone reports a dangerous animal

If the animal is your tenant’s pet and legally allowed in the unit, make sure you know why someone reported it as dangerous. Did it bite or attack a person or another animal? Does it act aggressively?

Have there been any incidents with police? Has animal control been called out to address the issue?

Before taking action against the tenant, it’s crucial to gather as much information as you can about the potentially dangerous animal. More information will help you write stronger letters and give you a greater advantage if the situation ends up in court.

If the animal has already attacked a human being or another animal, you’ll have an easy time getting the tenant to remove their pet from the premises.

3. Verify the local, state, or federal legalities of the situation

It’s essential to know all the local, state, and federal laws that apply to the particular animal your tenant is keeping. As discussed earlier, state laws can differ greatly from local laws. For example, the following exotic animals are legal in the state of Texas:

However, these animals are all illegal in the city of Houston. Local ordinances trump state law in this case.

Once you know the legal status of your tenant’s animal, you may craft a letter that specifically states why keeping the creature is an issue (aside from the obvious lease violation). This will tell your tenant you’re serious and you know the laws.

The threat of legal action should scare them into giving up their illegal pet(s), one would hope. If not, you’ve got a paper trail with specifics that can be used in court.

4. Notify your tenant immediately of the lease violation

Once you have sufficient information to possess a fairly clear idea what’s going on, notify your tenant of the violation. There could be multiple violations, so don’t be afraid to name all of the applicable ones, such as:

You should also inform your tenants about the specific laws they’re breaking, especially if you’re dealing with a dangerous dog that has been off leash and causing problems.

Houston has strict leash laws: It is unlawful to allow domestic animals to run free within the city. Technically, the law doesn’t allow anyone to walk their dog without a leash, even if the owner has total control over the dog through voice commands. All dogs must be within the owner’s physical control.

Dangerous dogs in Houston must be contained on a property in a secure, locked enclosure at least six feet tall that prevents the general public from entering and prevents the dog from escaping. The enclosure must also be marked to inform people that a dangerous dog is inside.

Only city officials can declare a dog officially dangerous, but if you report your tenant’s dog to the authorities, they’ll conduct a thorough investigation. You may want to remind your tenant that if the dog is found to be dangerous, it will be impounded.

Tired of dealing with animal disputes? We can help

Disputes over animals happen far too frequently and they’re hard to handle your own. If you’re tired of dealing with tenants who have illegal, dangerous, or exotic animals, you need a property management company working for you.

At Green Residential, we know exactly how to handle tenants with illegal animals in Houston. We can help you resolve animal issues swiftly. We can also help you with rent collection, tenant screening, and maintenance calls.

If you’re tired of spending your time and energy dealing with problems, contact us to learn more about how our property management services can make your life easier.