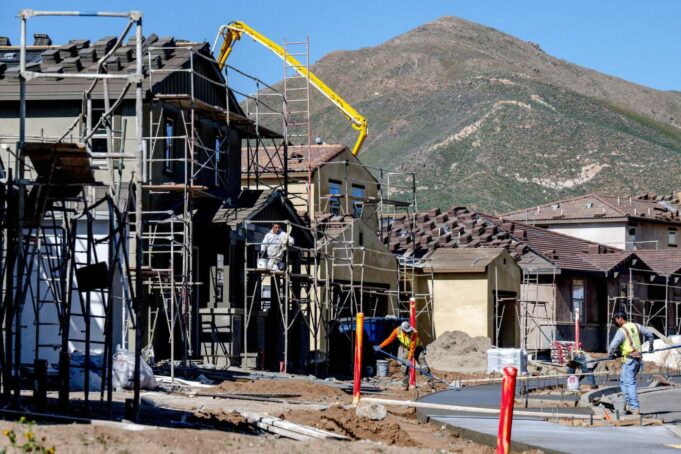 Thomas D. Elias
A major share of the solution to California’s long-running housing shortage has been obvious and inevitable for two years and should never have been even slightly controversial:

From the earliest days of COVID-19 pandemic shutdowns, when millions of white-collar employees were sent to work at home rather than in the offices of law firms, insurance companies, stock brokerages and many other enterprises, most of those workers have loved the change. Companies that want them back in the office even part-time have seen resignations by the score as workers move to employers that allow unfettered telecommuting.

Among other things, this creates billions of unused square feet in office towers and sprawling commercial complexes, even though developers continue building more and more new office space, much of which remains vacant long after completion.

At the same time, estimates of housing need have varied from 1 million to 3.5 million units over the last five years, but fewer than 400,000 new ones arose in that time.

As long ago as April 2020, this column began urging lawmakers to add two and two and get four: Convert empty office space to housing of all types and prices, from ground-floor studio apartments to 30th-floor penthouses with sweeping ocean views and much of the housing crisis can be solved. These could be rental units or condominiums. Either way, people would be housed without new building footprints or depredation of existing neighborhoods where homeowners have invested their life savings.

Sure, there will be complications. Building conversions will require plumbing and electric revisions, changes to existing floor plans and construction of new elevator shafts so hoity-toity residents of the top floors won’t have to mix with the lower-income folks below.

But that is a whole lot easier and cheaper and less controversial than tearing down existing homes or building new subdivisions, which involve purchasing land at California’s high price levels.

There could also be complications involving local zoning.

But any bureaucratic problems could be quickly solved by state lawmakers — and now they have done it. As long ago as early 2021, bills began arising in the Legislature to enable all this and make building permit approvals for conversions automatic or nearly so. Before this fall, they all died in committee, generally opposed by building trade unions that wanted all conversions to pay union wages. The unions also believed new housing would generate far more jobs than makeovers.

Meanwhile, stock prices of many real estate investment trusts that own office towers and other now vacant commercial property dropped as leases expired and were not renewed, or had to be revised to include less space. At the same time, local property tax bases are threatened by the lowered values of those same properties, including stores of all sizes vacated because of pandemic shutdowns and growing online commerce.

All these real and nascent crises finally forced legislative leaders to act. Two proposed bills enabling housing conversions of both big box stores and office space had been held up by the fact that unions finance many Democratic campaigns and the Democrats who run Sacramento didn’t want to cross them. That changed. One new law, introduced as AB 2011 by Oakland Democratic Assemblywoman Buffy Wicks, allows virtually unlimited conversions along major streets but does not require union labor, just “prevailing wages.” The carpenters’ union backed this one, figuring its members would get plenty of work from conversions.

The other, introduced as SB 6 by Salinas Democratic state Sen. Ana Caballero, requires both union hiring and prevailing wages. AB 2011 requires conversions to include a large component of affordable housing in conversions, while SB 6 furthers market-rate housing. Both will take advantage of the high vacancy rates, allow real estate trusts to sell off unused property at respectable prices and create tens of thousands of units far more quickly than building in new areas or rebuilding older neighborhoods.

The bottom line: It took years for legislators and their union backers to see the obvious and take advantage of the housing solution created by pandemic-induced workplace changes. But these two measures should get the state moving toward a real housing solution and away from unsuccessful patchwork approaches.