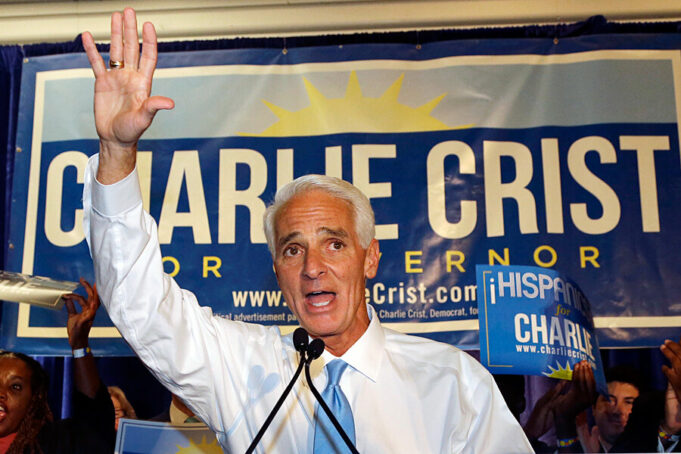 Rep. Charlie Crist , a Democratic candidate for Governor, slammed Gov. Ron DeSantis on Monday for not pushing to fix Florida’s troubled property insurance market , which has seen steep rate hikes for most homeowners  “Prices are rising and Floridians are hurting, but Gov. DeSantis is ignoring the problem — he’d rather focus on culture wars and his 2024 political ambitions,” Crist said in a released statement.
Five companies last year opted not to renew more than 120,000 policies, and another company, St. Johns Insurance Co., went insolvent. Although St. Johns’ policies were taken on by Slide Insurance Co. , those moves put pressure on the rest of the market, which received large rate increases by state regulators, driven mostly by surges in roof claims and litigation costs.  DeSantis has said if the Legislature can come to an agreement on insurance reforms he’ll sign it into law , but the Special Session he called to address congressional redistricting that starts April 19 won’t include property insurance or any other subject. Also, the reforms pushed in the last Legislative Session would not have immediately lowered premiums.
“Gov. DeSantis has turned a deaf ear to the insurance crisis facing our state. When I was Governor, I lowered property insurance premiums,” Crist said. “And when I’m elected, I’ll do it again.”  The GOP-led Legislature considered some changes to the market during its 60-day Session that ended last month, but ultimately couldn’t pass anything. The Senate advanced SB 1728, which would have installed a new roof-only deductible for new policies — a provision endorsed by the DeSantis administration. But the House was skeptical of the measure.  Insurance Commissioner David Altmaier , however, said during last week’s Cabinet meeting that he’s allowing insurers to offer the roof deductible as an option for customers.
Other parts of the bill were aimed at making Citizens Property Insurance , a state-run company, have rates more in line with the private market. Citizens is designed to be an insurer of “last resort” — an insurer for homes the private market won’t cover.  But Citizens’ rates are capped at 10% increases per year, while some large private companies have seen rates rise by more than 30% in parts of the state. That’s pushed homeowners into Citizens rather than the private market.
GOP lawmakers have sought to keep the Citizens policy count low, because if a large enough hurricane hits the state and erases its $6.5 billion surplus, assessments would be placed on all homeowner and auto policies in the state to pay for the claims.  Crist has tangled with Florida’s complex property insurance market before. When he was a Republican Governor from 2007-2011, he famously said “good riddance” to State Farm.
At that time, the insurance giant threatened to leave the state in the face of Crist’s refusal to soften regulations or allow larger rate hikes as the market rebounded from the massive losses stemming from the damaging 2004-2005 storm seasons.
Written by Gray Rohrer  for  Florida Politics
See also  Iowa Supreme Court Sides With Resident Over Emotional Support Animal!