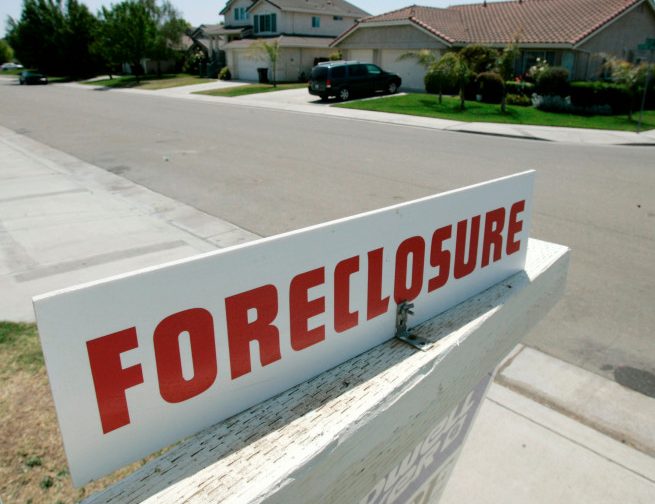 Nine months after launching a pandemic aid program to help cash-strapped renters avoid eviction, California began a new program to help homeowners save their properties from foreclosure or a forced sale.  The need for mortgage assistance pales in comparison with the amount of help being sought by renters, however, reflecting how most homeowners have largely been spared the pandemic’s financial wrath.  Fewer homeowners lost their jobs or income during coronavirus-related shutdowns. And programs for those who did get into trouble were far more successful in helping owners regain their financial footing.  Meanwhile, the state’s Housing Is Key program is almost out of rent relief.

As of Wednesday, Jan. 19, two-thirds of the state’s rental assistance allocation had been doled out to less than a fourth of the renters applying for state help. The state reports 151,000 out of 625,000 applicants have received almost $1.8 billion in rental assistance, not counting the applications handled by four dozen local and tribal rental assistance programs.

The new $1 billion mortgage relief program , by comparison, is expected to help just 20,000 to 40,000 homeowners who face foreclosure or a forced sale.  ‘Extraordinary success’  Since the restaurant, hotel and tourism jobs that saw the biggest cuts during the pandemic are filled mainly by tenants, renters got hit far harder than homeowners, said Rick Sharga, executive vice president for RealtyTrac, an Irvine company that tracks foreclosures.  In addition, by allowing homeowners to skip their house payments for up to 18 months, forbearance programs saved more than 7 million Americans from losing their homes.

“The forbearance program, I think, has been an extraordinary success,” Sharga said. “About 8 million people have entered that program since it was initiated, … (and) there are fewer than a million left.”  The Mortgage Bankers Association reported on Tuesday, Jan. 18, that 1.4% of all U.S. mortgages, or fewer than 750,000, were in forbearance at the end of December, down from a high of almost 8.6% in June 2020.  Sixty-one percent of borrowers who exited from forbearance eventually resumed making payments and either repaid their missed payments or got them deferred to the end of their loan, according to the MBA. Another 21% either got a loan modification, refinanced into a new loan or sold their home and paid off their debts.  Strict income limits will further curb the number of homeowners getting state mortgage relief.

Eligibility is limited to those earning no more than their area’s overall median income. For example, a family of four can’t earn more than $118,200 in Los Angeles County, $134,500 in Orange County or $79,900 in Riverside and San Bernardino counties.  U.S. Census figures show, however, that the median income for California homeowners is 23% higher than the statewide median for all households, renters and owners.  To qualify, homeowners also must either be on some form of public assistance (welfare, unemployment or Medi-Cal, for example); must pay 40% or more of their income for housing costs; or must have been unable to get a loan modification to keep their home out of foreclosure.  Landlords who lost rental income during the pandemic do not qualify since the program is limited to those who own just one home.  Thousands still need help  Nonetheless, there still are thousands of owners who could benefit from the state’s mortgage relief program.

By the end of December, 13,400 California homeowners were in some stage of the foreclosure process, and 6,190 of those were in the counties of Los Angeles, Orange, Riverside and San Bernardino, according to RealtyTrac.  “What happened to them? They lost their job or they’ve had their income negatively impacted,” Sharga said. Or they had two incomes, “and one of the parents had to stay home because the schools have been closed.”  In addition to COVID-19, normal calamities often land people in foreclosure, he said: Job loss, a death in the family, medical bills, divorce.  “Something that’s hit the household and (caused) a financial catastrophe,” Sharga said.

Those numbers still are low, however, representing about three homeowners for every 1,000 with a mortgage. And it’s well below pre-COVID times when the number of Californians facing foreclosure ranged from 21,675 at the end of 2019 to 41,543 at the end of 2017.  You don’t need to be in foreclosure, however, to qualify for mortgage relief. All you need is to have missed two mortgage payments.

The Census Bureau’s Household Pulse Survey showed more than 460,000 Californians — or one out of 11 with a mortgage — were behind on their house payments as of mid-December. Nearly 293,000 homeowners had missed payments in Southern California.  Selling the home  As of Tuesday, Jan. 18, 4,098 homeowners filed mortgage relief applications, and the state has approved just under $2.5 million for 67 households, said Chris Saur, a spokesperson for the California Mortgage Relief Program. That’s an average of nearly $37,000 per household so far.  But the program had been accepting applications for just three weeks at that time.  Unlike renters, homeowners often have the option of selling their homes to pay off their mortgage.

See also  Housing Cost Crisis? On-site U.S. workers struggle to find a way to pay, unlike those who work from home

Related links  State offering up to $80,000 in grants to COVID-impacted homeowners  California’s rent relief program runs short on money as deadlines near  California getting additional $68 million in federal rent relief dollars  Rent aid in California plagued by complaints over slowness, bureaucracy  RealtyTrac reported that over 87% of U.S. homeowners in the foreclosure process have some equity in their homes, meaning their properties are worth more than their mortgage debts. Of those, nearly 73% have more than 20% equity, enough to sell their home for a profit.  Having equity, however, is no guarantee a home won’t go into default or even end up in foreclosure, Sharga said.

Some people who are in default are hanging onto their home because they worry about where they’re going to live if they sell, he said. Others may not realize they have options or may not know their homes have equity.  “It’s not unusual in that circumstance to panic, to go into denial,” he said.  Still, it’s rare that homes with a notice of default or even an auction date will actually go through foreclosure. In California, owners can pay off their debts and “cure” their default right up until “the gavel comes down,” Sharga said.

“In this cycle, the majority of properties that enter foreclosure will probably get sold before they get to the auction just because there’s such high demand for properties and there’s so much equity in homes,” he said.