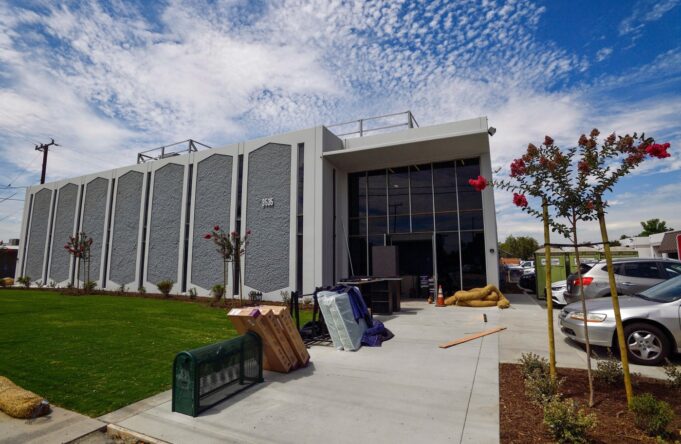 With $4 million in state funds, Fullerton city officials are exploring the purchase of a 150-bed recuperative care and navigation center on Commonwealth Avenue that offers beds and medical services for the area’s homeless population.  The money was secured by Assemblywoman Sharon Quirk-Silva from the state budget. Officials hope that buying the property will help save the city money in rent costs, and increase services provided there, Mayor Fred Jung said.

Because the rent the center’s operator, Illumination Foundation, pays on the building is factored into the daily fee it charges cities, including Fullerton, to reserve beds, the city’s ownership of the property could bring down its rate, said Kellee Fritzal, Fullerton’s deputy director of community and economic development. The nonprofit, which has a lease with the property owner, pays about $500,000 annually, she said.  Paul Leon, CEO of the Illumination Foundation, said a purchase would be a “win-win,” because of potential cost savings to the city and, “they would save us not having to pay the monthly rate that we’re paying.”  While Jung said he is “not a big fan” of cities owning and managing property, “I think in this case, there is an opportunity to do some good for the community.”

The two-story facility at 3535 W. Commonwealth Ave., opened its doors in August 2020 with 90 shelter beds and another 60 meant for recuperative care, providing medical help for homeless people recently discharged from hospitals. The center also provides counseling and job training, as well as help finding permanent housing.  With the surge of the pandemic, the facility switched to a temporary emergency quarantine site for the county’s homeless, but was reverted back to a navigation center in April, an occasion marked by a ribbon-cutting ceremony attended by faith leaders and city officials.

After the county stopped funding the shelter as a quarantine facility, the city used community development money to pay for its share of space. When that ran out, city officials in October began moving people from the Commonwealth center to others in Buena Park and Placentia  the city also helps fund.  In November, Fullerton leaders decided to allocate more than $1.2 million in coronavirus relief funds to keep paying for beds at the Commonwealth shelter for another six months.  More than $1 million of that money remains unused, Fritzal said, and its on track right now to keep the city’s beds funded through the end of June.  People referred by Fullerton are given priority at the Commonwealth facility for the use of shelter beds, which come at a cost to the city of roughly $40 per day.

Other cities in north Orange County can rent space, too, with an added daily “host city” fee set by city officials.  But that could change if the City Council agrees to a proposed rate increase that would double the city’s cost per bed per night, Fritzal noted. The city and Illumination Foundation officials are in talks over the nonprofit’s request to bump up Fullerton’s per diem rate to about $80.

Among costs of doing business that jumped as a result of the pandemic was the price of labor, Leon said. The cost of security alone – the nonprofit pays for three guards to watch over the property – “makes it prohibitive for us to run at that rock bottom rate we did two years ago,” he said.  Jung said the city’s staffers plan to review the requested fee increase. City leaders, he said, “have a fiduciary duty to make sure that these monies are spent correctly.  “We would not be doing the residents, or anyone, a good service by not taking a hard look at those numbers.”  An appraisal on the property is being done now, and could come back within the week, Fritzal said. Once the value of the site is determined, she said city officials will set up a meeting with the property owner to discuss the willingness to sell.

Whether city leaders want to move forward with a potential purchase after that could be up for discussion during a City Council meeting within the next month, Fritzal said.  Jung said operation of the navigation center, including its use by other cities in north Orange County, wouldn’t be impacted if the city purchased the site.  Related Articles  ‘Point in time’ count of OC’s homeless has started, survey is more than numbers, also about needs  Has OC’s homeless population grown or shrunk? This week’s count will tell  Huntington Beach homeless shelter fills 100-plus beds a night during first year  After years on good terms, homeless nonprofit sues Anaheim over permit denial  Salvation Army’s ‘Center of Hope’ in Anaheim gets underway

Written By Tess Sheets for  The OC Register