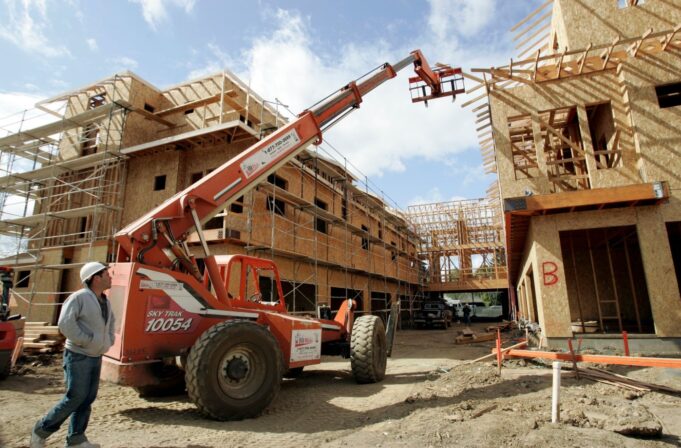 A gauge of US homebuilder sentiment declined for an eighth-straight month, marking the worst stretch since the housing market collapsed in 2007 amid higher borrowing costs and elevated prices.

The National Association of Home Buyers/Wells Fargo gauge decreased by 6 points to 49 in August, figures showed Monday. The reading was worse than the most downbeat estimate in a Bloomberg survey of economists and below the breakeven measure of 50 for the first time since May 2020.

Builder confidence is tumbling as high mortgage rates exacerbate affordability challenges, on top of elevated costs of materials and labor. Buyers are retreating, leading to an increase in housing inventory and a drop in new construction activity.

The Federal Reserve has been aggressively raising interest rates to curb demand across the economy, and housing is particularly sensitive to those increases. Fed officials have been encouraged by the slowdown in home sales as a sign that their policies are working.

The report’s measures of current and future sales both fell to the weakest levels since May 2020, as did a metric of prospective buyer traffic. All four regions posted a drop in sentiment, led by an eight-point drop in the Northeast.

There are signs that affordability may be improving. About one in five builders in the survey reported reducing prices in the past month to increase sales or limit cancellations. And while mortgage rates are still nearly double what they were a year ago, they’ve come down in recent weeks.

“As signs grow that the rate of inflation is near peaking, long-term interest rates have stabilized, which will provide some stability for the demand-side of the market in the coming months,” Dietz said.