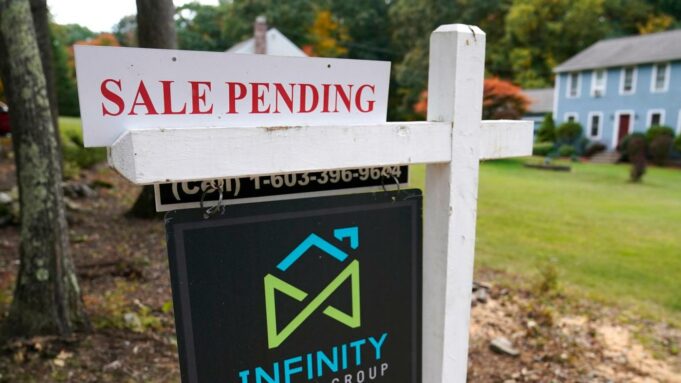 Southern California home prices continued a 1 ½-year, double-digit climb last month, setting a record for the 11th time in just over a year.  Meanwhile, home sales dipped from a year ago, but still had the second-highest tally for the month for the last 15 years.  With the 2022 spring homebuying season just getting started, economists and agents say the market has cooled from a white-hot buying frenzy in 2021 – but only slightly.  Homes are taking slightly longer to sell than last spring, but still are averaging less than two weeks on the market. Homes are getting fewer offers than before, but the most desirable properties still end up in bidding wars.

“The prices are hitting new highs, and the reason for that is, in most parts of Southern California, we don’t yet have the influx of inventory that we expected to see,” said Danielle Hale, chief economist for the Realtor.com website. “Homes are selling as fast as they’re coming on the market.”  CoreLogic data show the median price of a Southern California home, or the price at the midpoint of all sales, was $706,000 in February, up 15.4% from February 2021, DQ News reported Tuesday, March 15. That’s a 12-month gain of $94,000, equivalent to a price hike of $1,800 every week.  Prices hit or tied all-time highs in all but one county, Los Angeles, in the six-county region.  Sales dipped 8.8% from last year’s booming pace to 16,905 transactions, the DQ News/CoreLogic report showed. But it still was the second-highest sales tally for every February since 2007.

Demand continues to be driven by millennial first-time and move-up buyers who are entering their 40s and raising families, said CoreLogic Deputy Chief Economist Selma Hepp. Additional demand also is coming from second-home buyers and investors.  “It is not clear if the war in Ukraine has had any direct impact on the U.S. housing market yet, but if there is, it will likely be on the margin,” Hepp said.  Hepp and Hale said some buyers are pulling money from a jittery stock market and seeking the relative security of real estate. Both economists also say a nearly 1-percentage point jump in mortgage rates in the past year motivated some home shoppers to buy now before rates move up further.  A report by the OJO Labs website showed that nearly six out of 10 homes in the L.A. metro area sold above the asking price in February, the third-highest share among 50 U.S. cities.  One of them was a three-bedroom, single-story house in Van Nuys that listed for $700,000, but closed at $848,000 after getting at least 15 offers, said the listing agent, Steve Mullins of Vista Sotheby’s International Realty in Manhattan Beach. Mullins said he hasn’t seen a slowdown in the market yet.

“We see multiple offers,” he said. “The prices keep moving. There’s a lot of money out there.”  The lack of homes for sale is the key reason, agents and economists say.  Zillow reported Southern California had 26,743 homes for sale in February, down from 36,247 a year earlier and 47,359 two years before that.  The increase in competition among home shoppers comes as rising interest rates bite into their buying power.  Rates for the 30-year fixed mortgage averaged 3.76% in February, up from an average of 2.81% a year earlier.  As a result, someone able to afford payments for a $600,000 home only could afford to pay $532,500 last month, while a million-dollar home shopper in February 2021 could afford to pay just over $887,000.

The rapid jump in home prices has been a double-edged sword, said the Realtor.com’s Hale.  Existing homeowners have gotten rich off their expanding home equity. The National Association of Realtors reported last week U.S. “housing wealth” increased $8.2 trillion – or 52% — to $24.1 trillion during the decade ending in 2020. That’s good for the economy, Hale said.  “If people feel wealthier, … they tend to spend more,” she said. But, she added, “For households that don’t yet own homes but aspire to homeownership, rising home prices raises the bar for them as far as getting their foot in the door.”  Only a fourth of households in the Los Angeles metro area could afford to buy the median-priced house, requiring an income of at least $134,000, the California Association of Realtors reported.  Mortgage rates still are low by historic standards, but are projected to end the year closer to 4%.  That will curb buying power even further, pushing some home shoppers out of the market, said Nicole Rankin, and agent with Re/Max Top Producers in Corona.